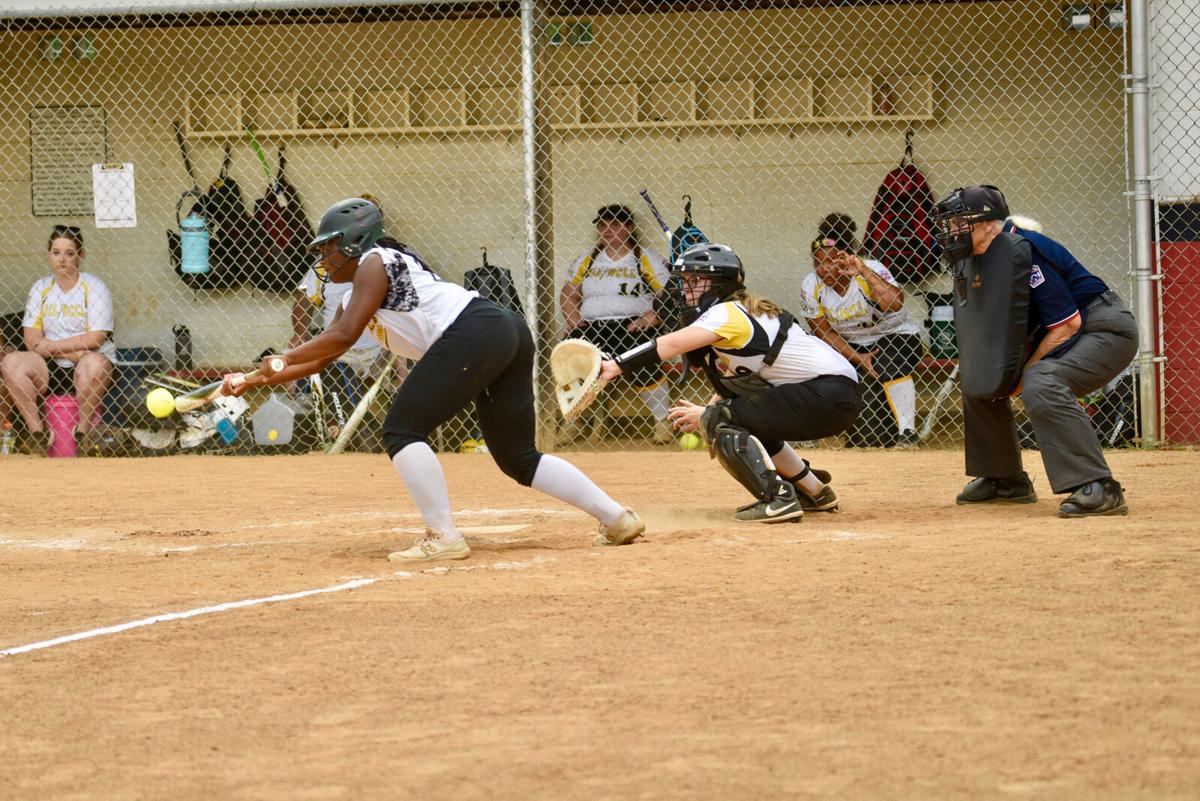 Shaniya Lewis goes for a bunt in Saturday’s 12-0 win over District 2. 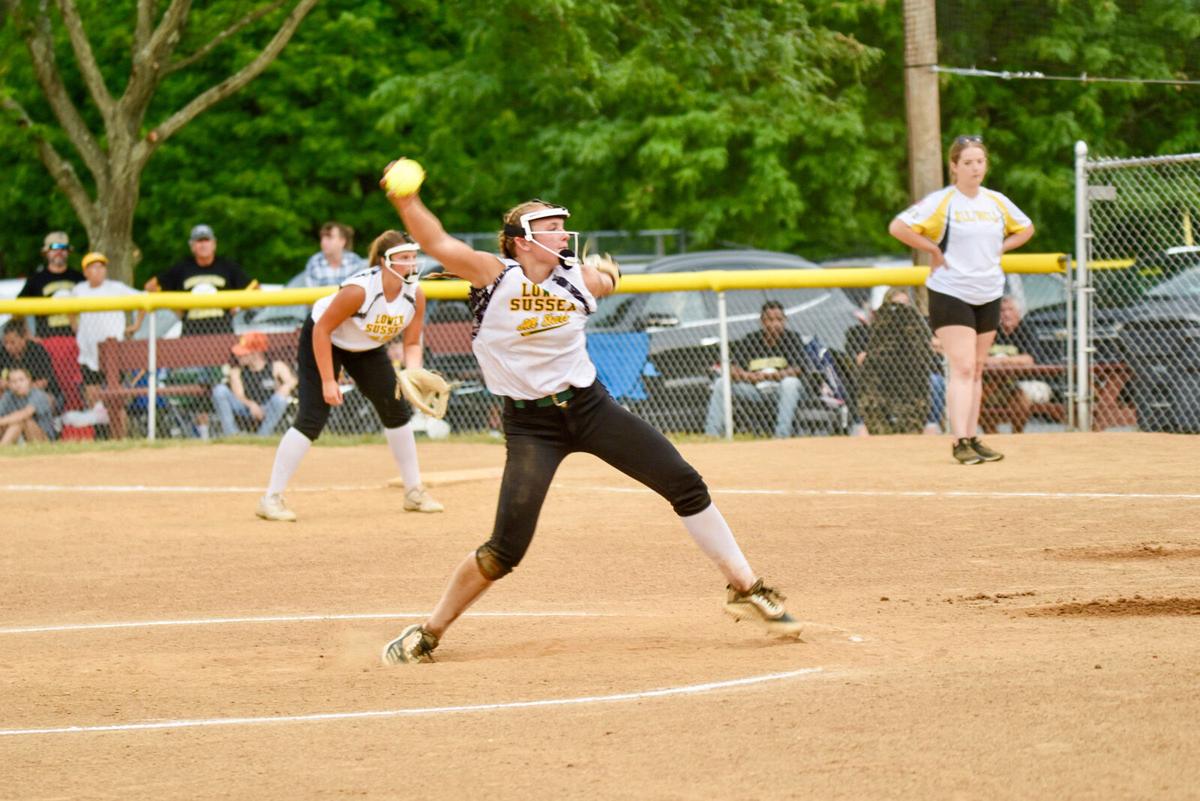 The dynasty that is Lower Sussex Little League softball added yet another banner to the program’s 2021 All-Star tournament season when their Senior League softball team swept its way to an 11-0 state championship-clinching win over MOT on Tuesday, July 20.

Head coach Sarah Hoban and her band of stellar softball stars left little doubt who the premier team in the state of Delaware is this year, banging out 10 hits en route to the win. Katie McHale swung the hot bat in the finale, with two hits in her two trips to the plate, including two RBIs and a run score. Izzy Wade, Megan Daisey and Jaya Shaub each smacked doubles for the LSLL offensive attack.

The scoring was more than enough for Daisey, who fired a three-hit shutout in the circle with eight strikeouts and just two walks.

“The pitching throughout the tournament was strong for us,” said Hoban. “Kinsley Hall pitched a no-hitter on Saturday,” she said of action on July 18, “and only gave up two hits on Sunday. Megan Daisey pitched an awesome championship game, only giving up the three hits, and struck out eight. The defense did a great job backing up the pitchers and making plays.

“The whole team really contributed offensively throughout the tournament,” she added. “Kinsley Hall did a great job as our leadoff getting on base, and using her speed to take extra bases and steal. Laniya Lewis had two home runs in the tournament, and twin sister Shaniya Lewis had one just miss that hit the top of the fence in the championship game.”

The win, of course, was great for Hoban and her team but, more importantly, she said she wanted to focus on the success the entire organization has had this summer.

“It’s great to see Lower Sussex softball having so much success this All-Star season,” she said matter-of-factly. “Having all four teams win districts, and three of the four now taking states, is impressive. We are wishing the Minor girls the best of luck in their upcoming state tournament. We are super excited for our Major girls that are headed to Connecticut for the [Little League] Eastern Regional.

“A majority of our team had an opportunity to experience that in 2018, and it’s just a great experience. We wish them the best of luck as well and will be cheering them on.”

While the state championship was a nice prize to cap the season, it was far from what they had been hoping would be for their season. As the District 3 champion, LSLL would have been hosting the Little League Senior Girls Softball World Series, and with that an automatic berth into the big show. However, like with many things since March of 2020, the tournament was canceled again this year due to COVID-19.

“The state championship win was bittersweet,” acknowledged Hoban. “The girls ultimately had the goal of playing in the World Series this year, that District 3 hosts. So, while they were excited for the opportunity to compete in states, which District 3 normally does not,” because of the host team’s automatic berth into the World Series, “the realization quickly set in that this was the end, and there would be no regionals or World Series opportunity.”

However, all but one player on the LSLL team will be age-eligible to return for the 2022 season, which they certainly hope will lead to that coveted opportunity to play in the World Series.

The LSLL Minor softball team will set out to make program and state history when their state tournament gets under way at the Millsboro Little League complex on Thursday, July 22. The District 3 champs have a first round bye and will take on the winner of District 1 vs. District 2 on Friday, July 23, at 7 p.m.