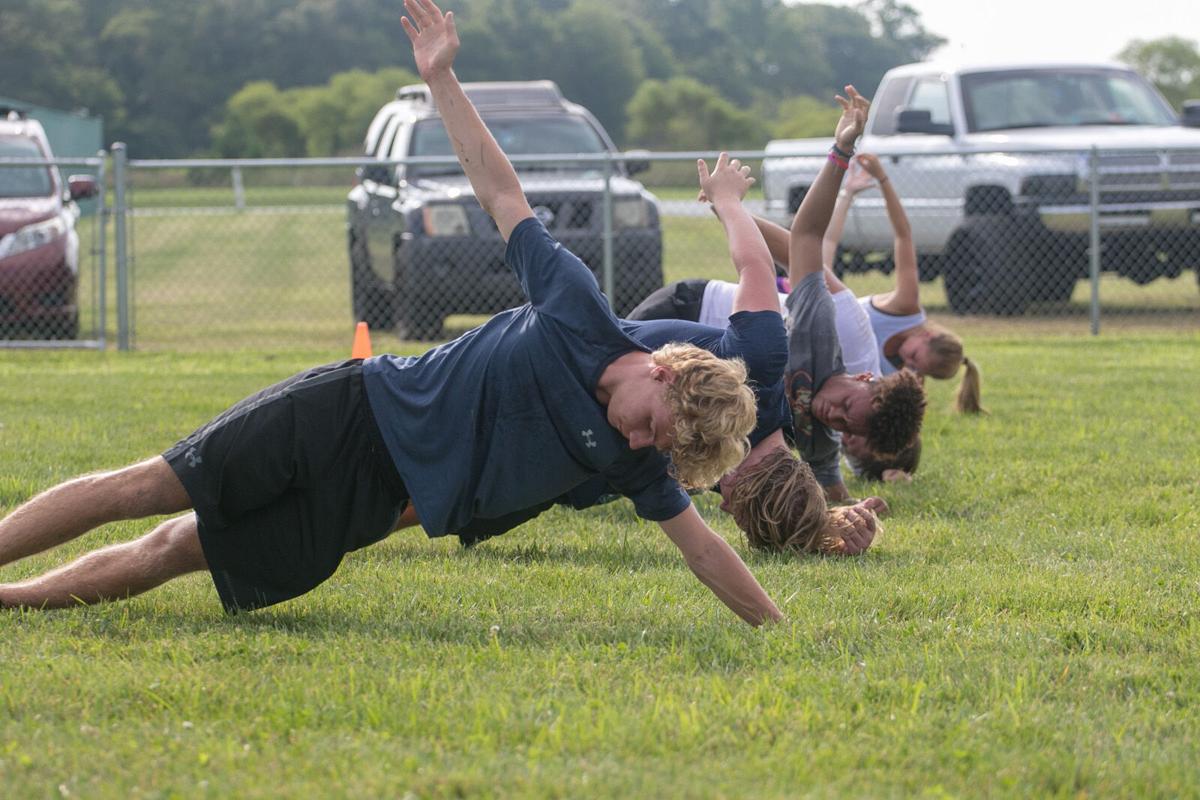 Indian River High School athletes perform conditioning exercises as summer training for the school's fall sports begins, with precautions in place, including limiting training groups to 'pods' of 10 athletes and wearing masks when they're not actively working out. 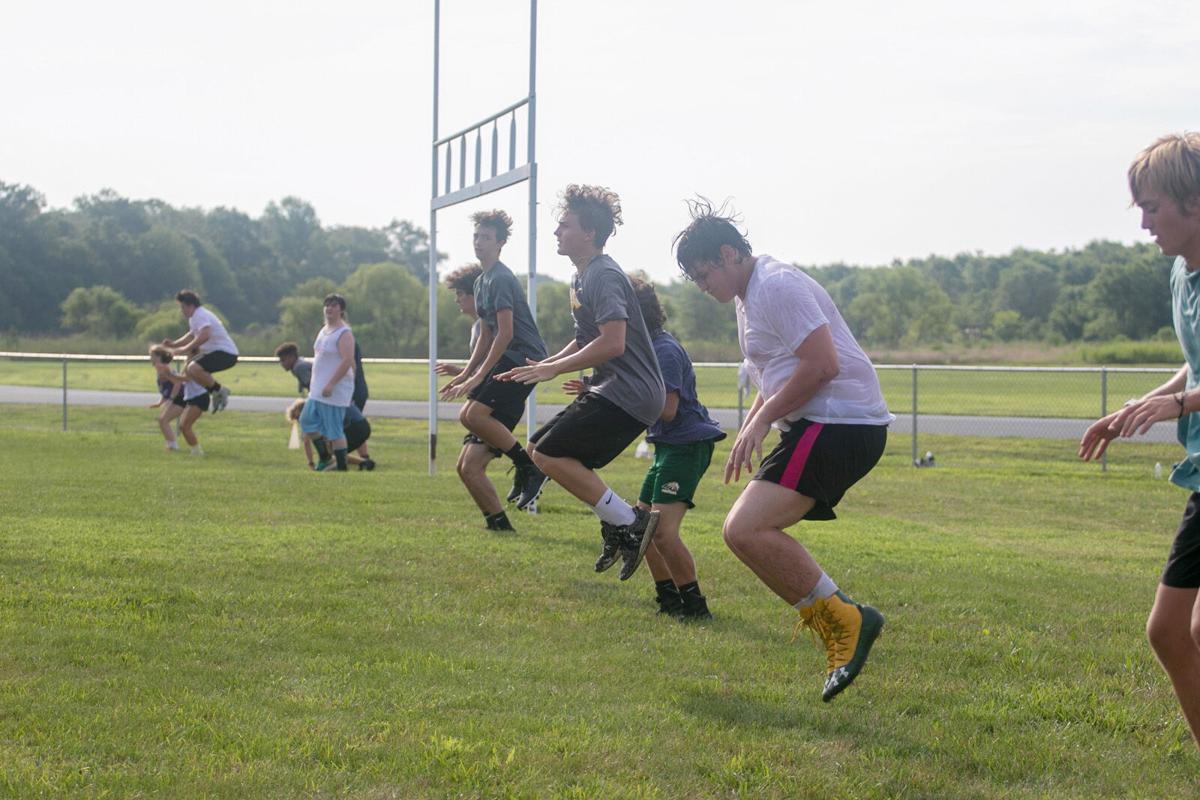 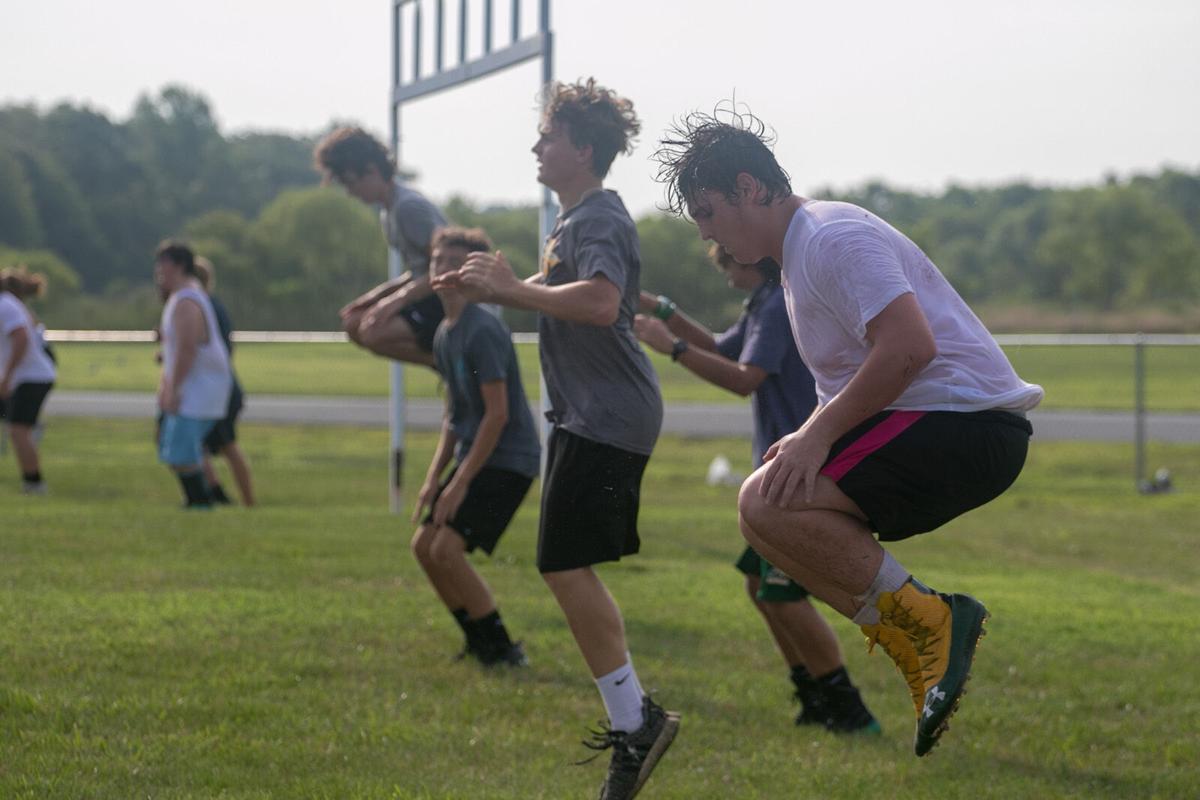 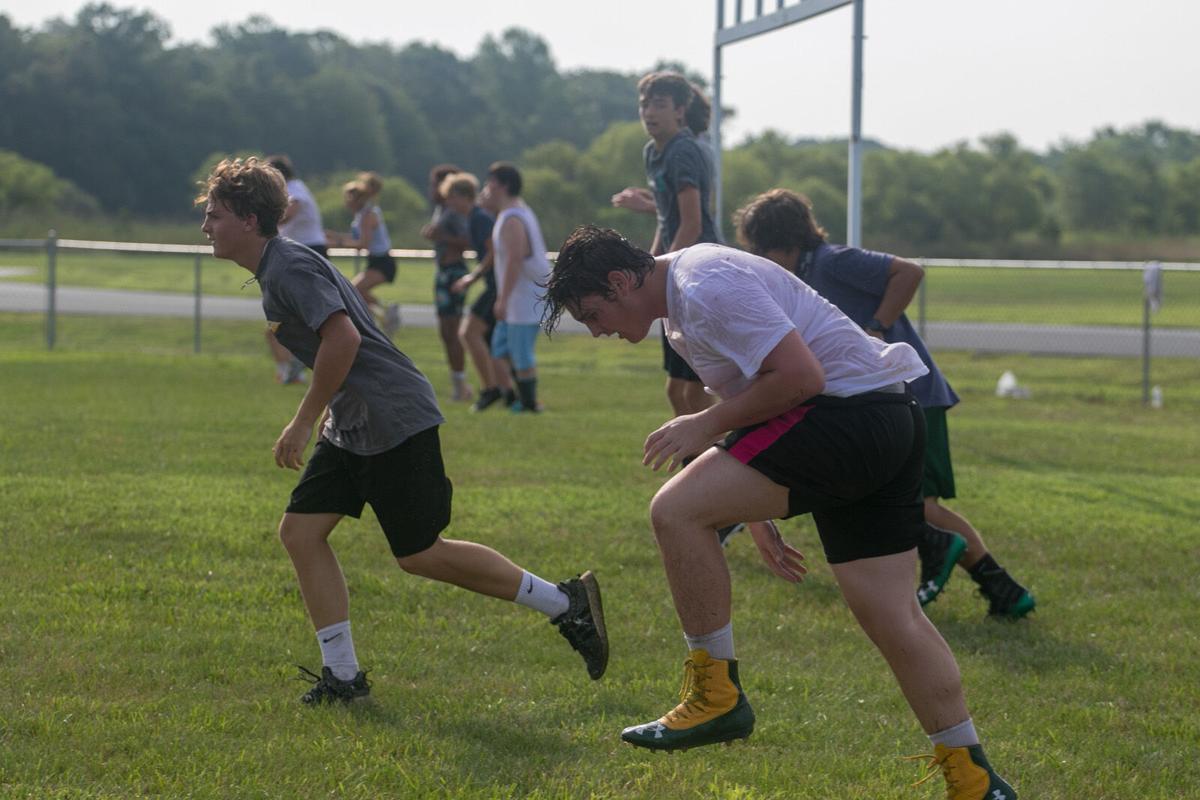 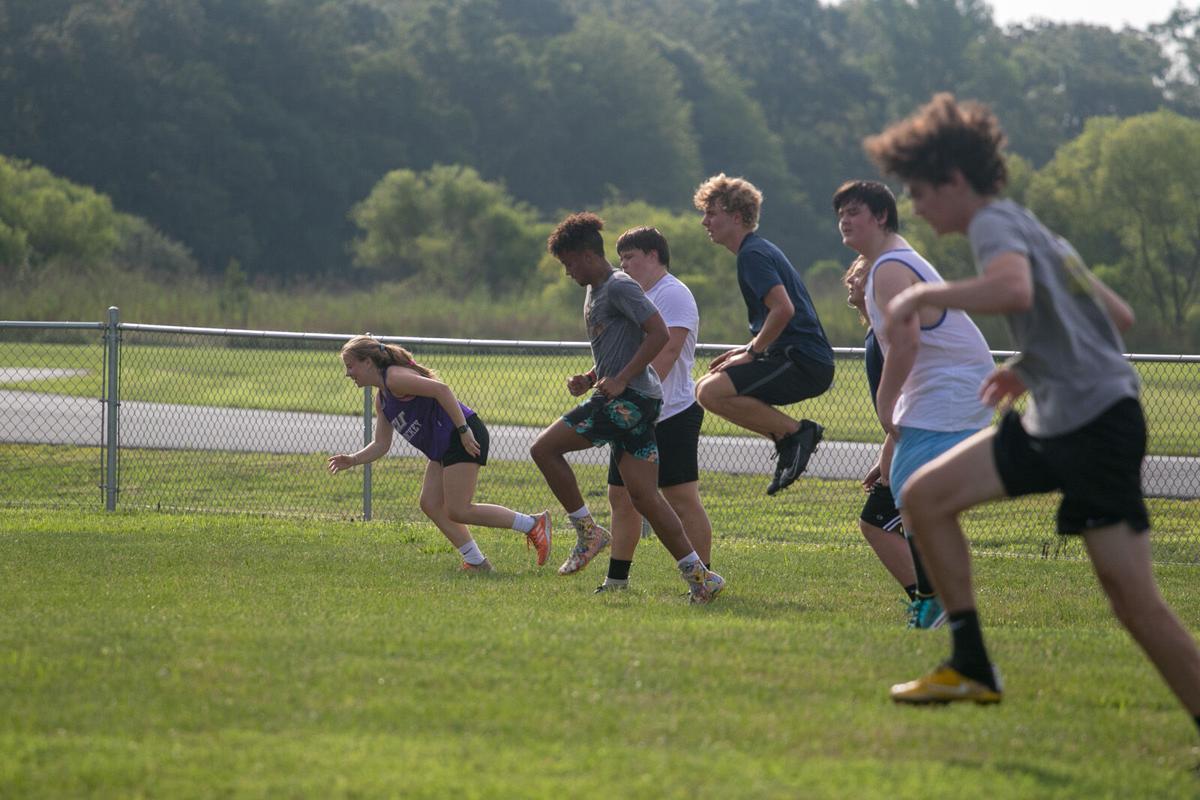 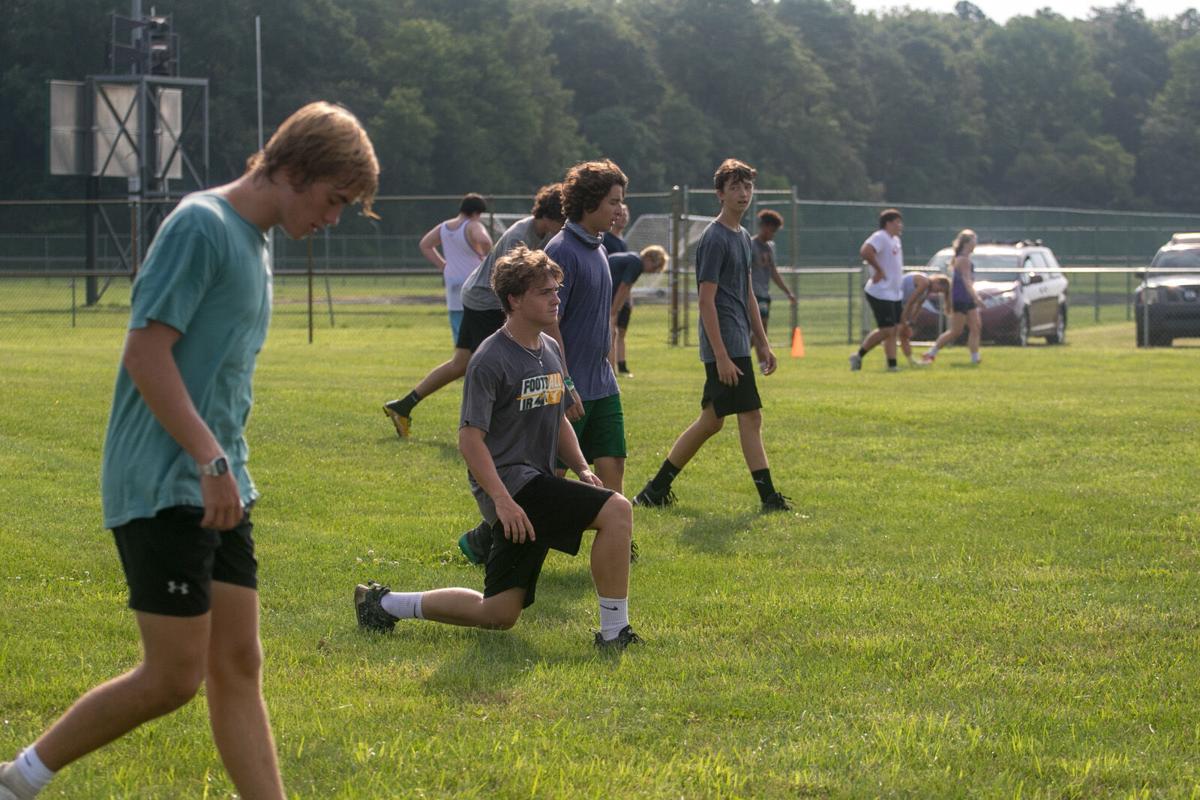 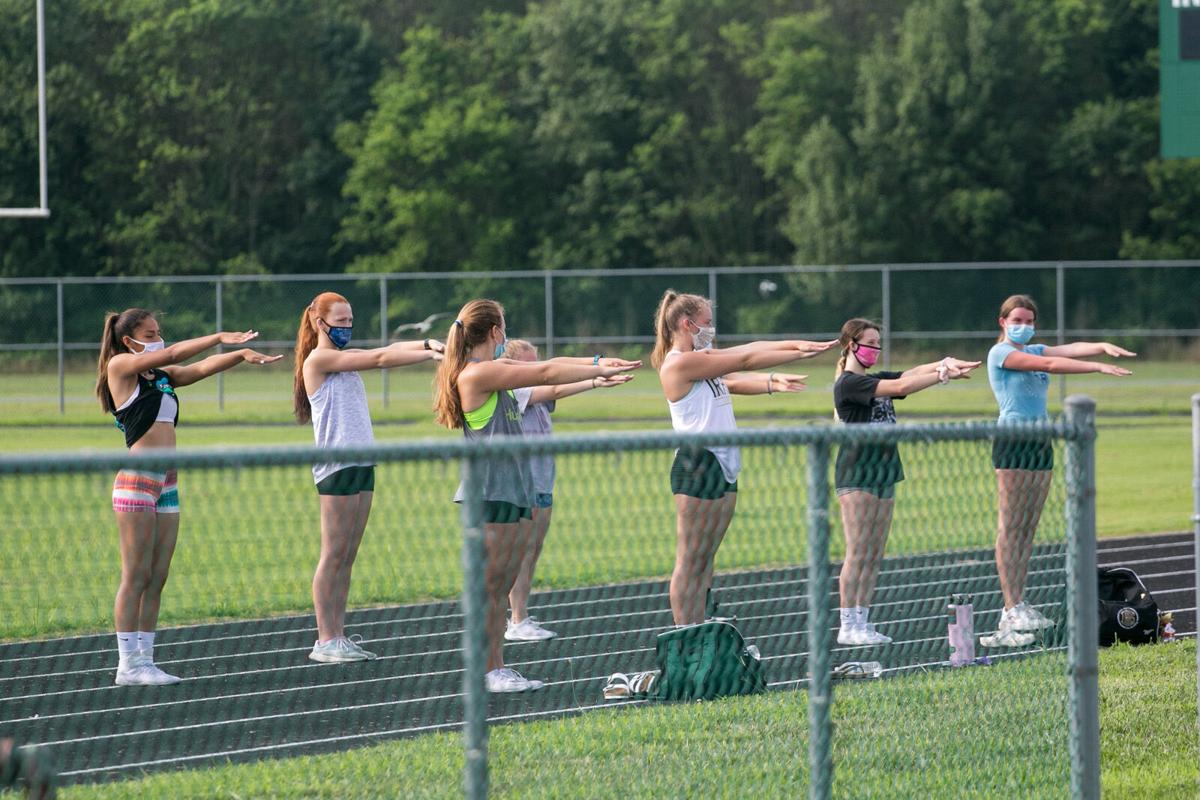 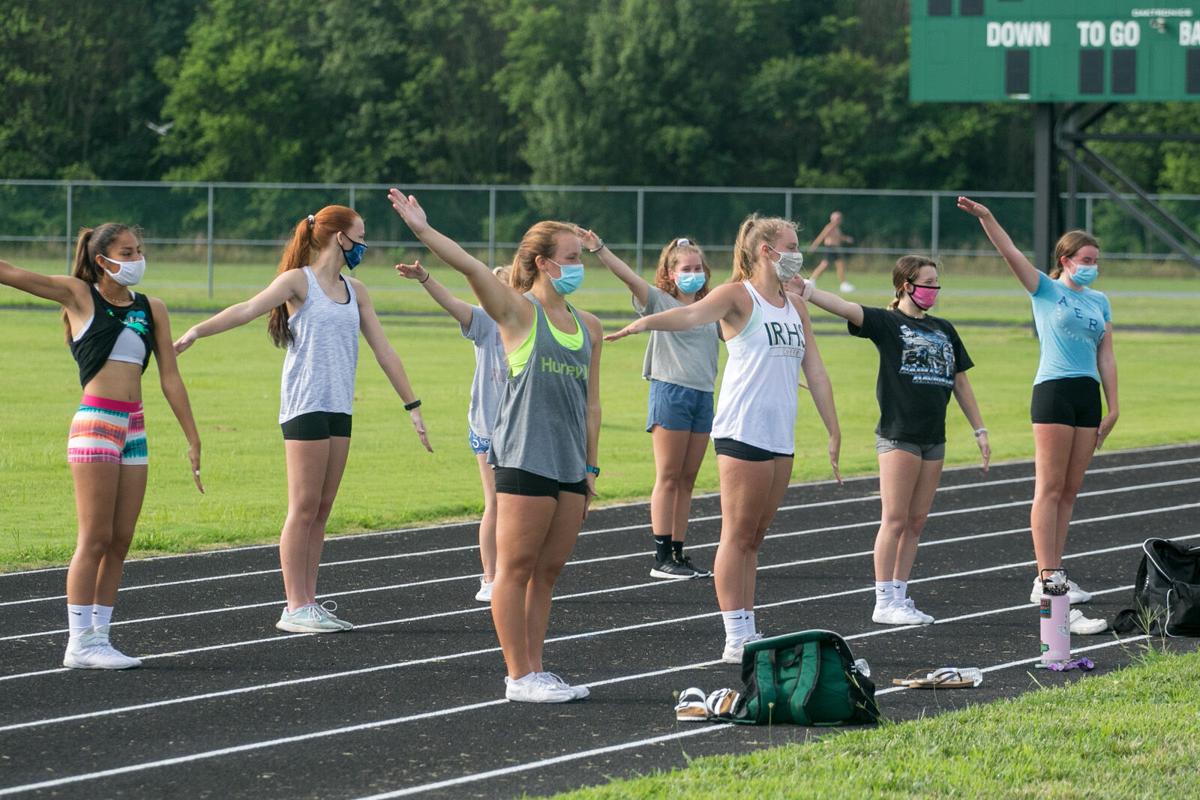 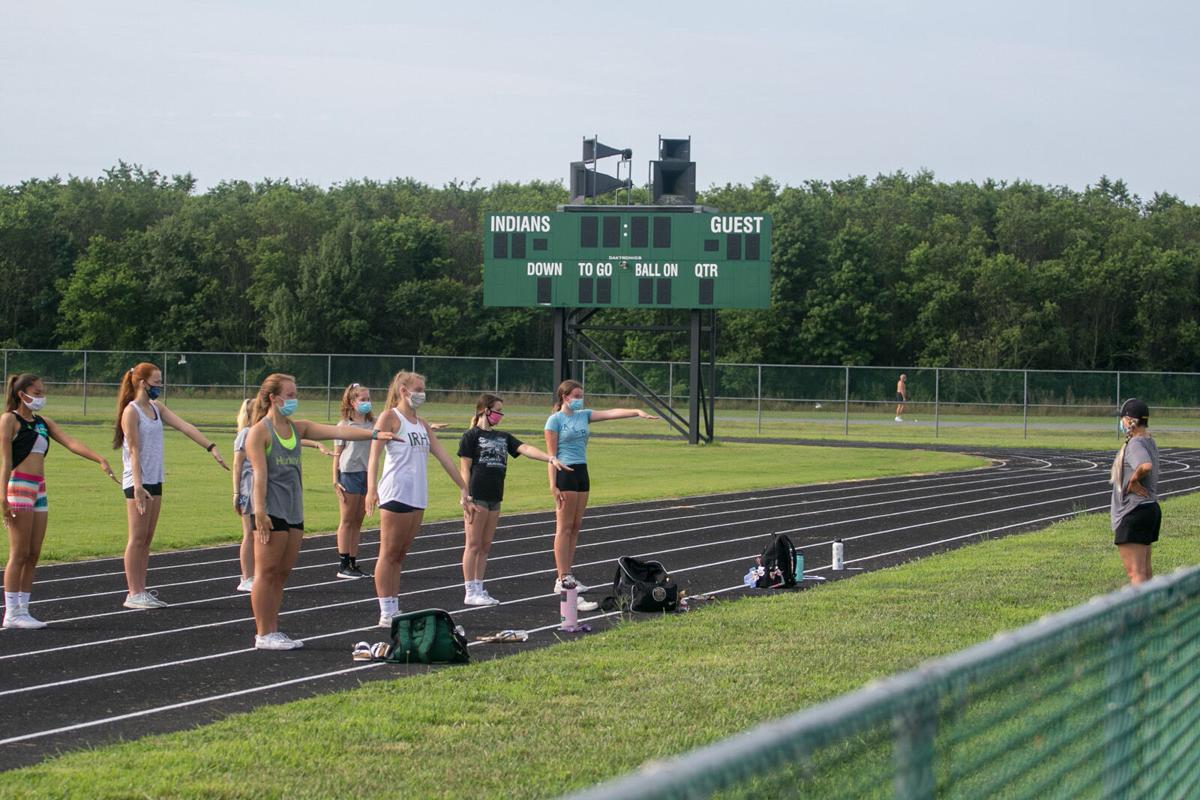 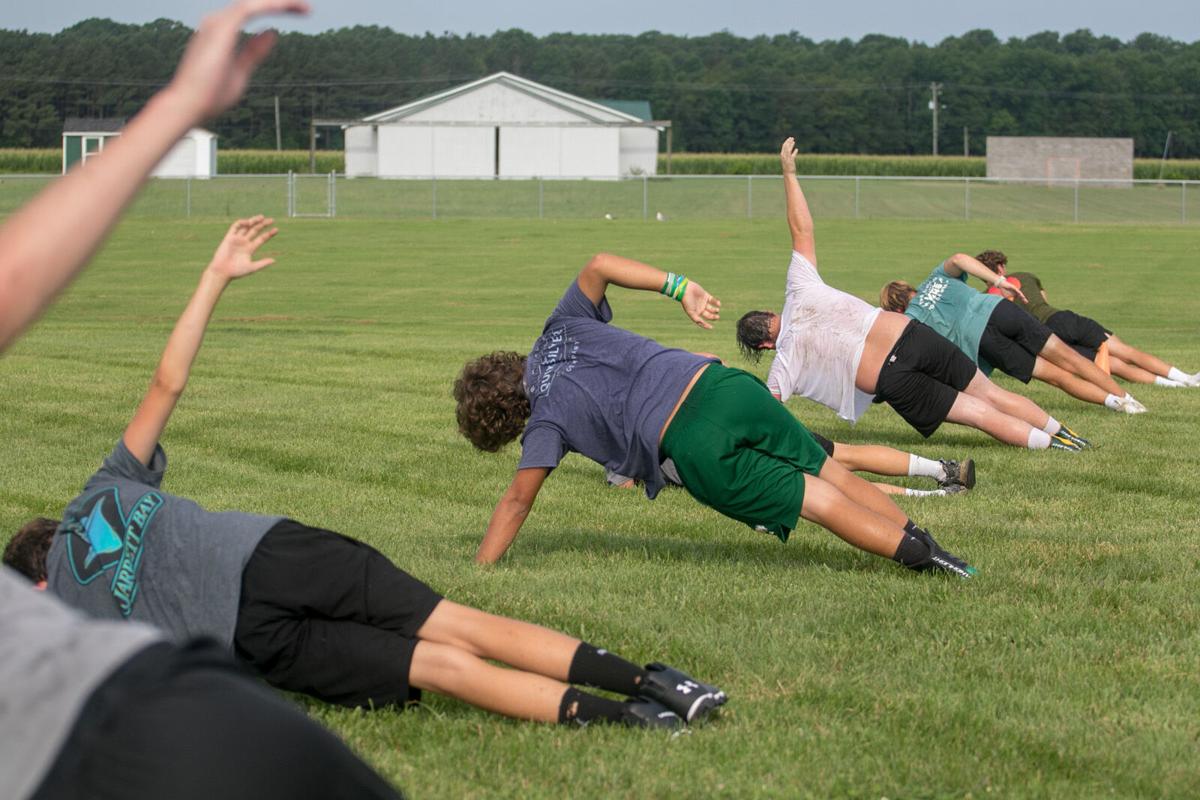 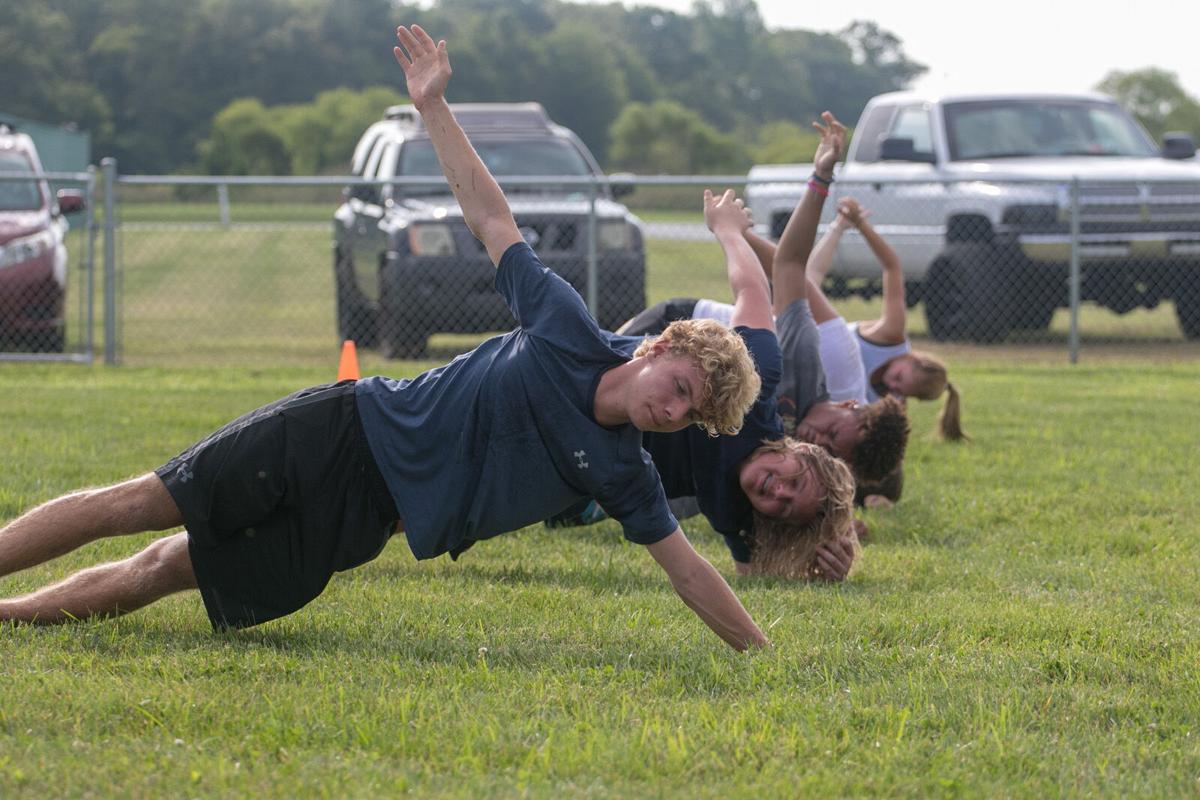 Indian River High School athletes perform conditioning exercises as summer training for the school's fall sports begins, with precautions in place, including limiting training groups to 'pods' of 10 athletes and wearing masks when they're not actively working out.

It’s been since March 13 — when they walked out of their schools for the final time in the 2019-2020 school year — that many student-athletes have had an opportunity to actually participate in any type of sports activity on school grounds. That situation was thanks to the COVID-19.

At Indian River High School, Monday, July 20, was the first time those students-athletes were allowed to actually return to the athletic fields to participate in supervised summer workouts, which were socially distanced and saw those participating wear protective face masks, among other safety provisions put in place.

“We have it set up to work out in pods of 10, and they will stay together each day with the same coach,” IR Athletic Director Todd Fuhrmann said of the plans. “We had four of us,” he noted of the coaches supervising workouts on Monday. “We can handle anywhere from 40 to 60 kids. The cheerleaders are coming in,” he added of plans for Wednesday, July 22, “so their coach will have them. The cheerleaders will be on the track and will be doing their workouts on the bleachers.”

On Monday, Fuhrmann and his staff welcomed 14 student-athletes to the workouts, which was a better turnout than he had expected, considering all the circumstances involved, plus the extremely hot summer weather.

“We broke them off into groups of seven,” he explained. “We do check-ins and temperature checks, and our QR coach is there running the sign-ins. We start at 8 a.m. We figured 7 a.m. was too early, and 8 a.m. works out where it’s not too hot. We go an hour, but really it breaks down to about 35 minutes when you include water breaks and that kind of stuff. They can’t share water, and we can’t put water out for them. They have to wear masks when they are not running, so we take breaks to get some air.

“We are doing it Monday, Wednesday and Friday this week, and then we’ll see how it goes from there. Maybe we’ll switch it to Tuesday and Thursday. It’s all new. We are still working through things.”

The pods that the student-athletes are working through are strictly for conditioning purposes. They are working on their speed, their agility and some body-weight strengthening.

“Our biggest goal really is just to start getting that mindset, getting geared up for sports,” Fuhrmann continued. “We want them to get some social interaction and some emotional interaction. It’s more of getting their athletic mentality going again.”

Among the sports that saw student-athletes in attendance on Monday were boys’ soccer, football, and field hockey.

“We’re hoping that more and more kids start to show up,” Fuhrmann added. “We are hoping that the ones that were here will bring out some of their friends. It’s just trying to get them to have some fun, and get that mentality and mental attitude back. We just want to show them that we are going to be doing something here.”

IR is following the first two stages of the plan that was sent out by the DIAA a couple of weeks ago when they announced that their member schools could start participating in summer conditioning programs.

“We don’t feel like we are ready to go do some of the open-gym, indoor stuff just yet,” Fuhrmann concluded. “We want to make sure all the kids understand some of the protocols that have been put in place, and how they are gonna work.

“We are trying to follow the rules the best we can to be safe, and still make sure the kids are doing something. We don’t want to put anybody at any risk or be in any situation where they don’t feel comfortable. Our biggest thing is getting the kids together to give them that social and emotional interaction with each other.”

Delaware has new rules relating to restaurants, senior centers and driver education in the age of COVID-19. Gov. John Carney on Friday, July 2…