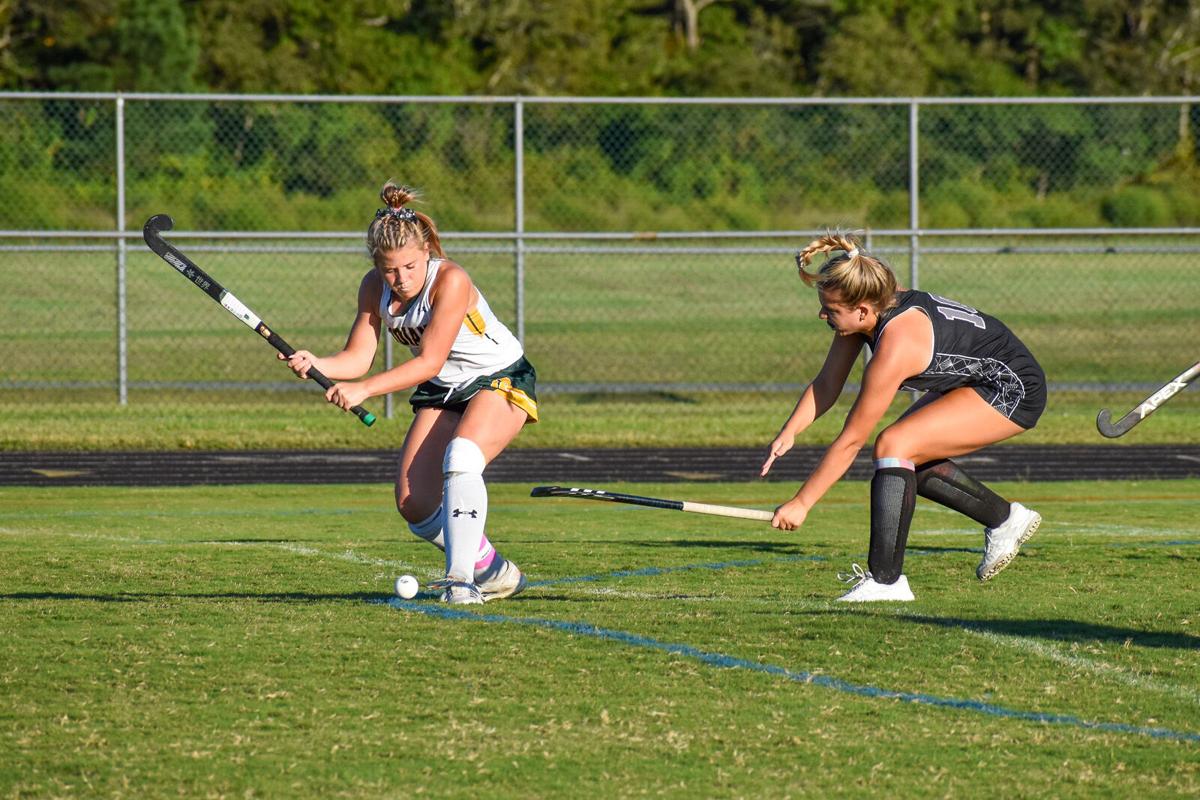 Indian River High School senior Emma Ruley fires a shot towards the goal during a game earlier this season against Sussex Tech. Ruley scored both goals in a 3-2 loss to Dover last week in the Turf Bowl at Rullo Stadium on the campus of the University of Delaware. 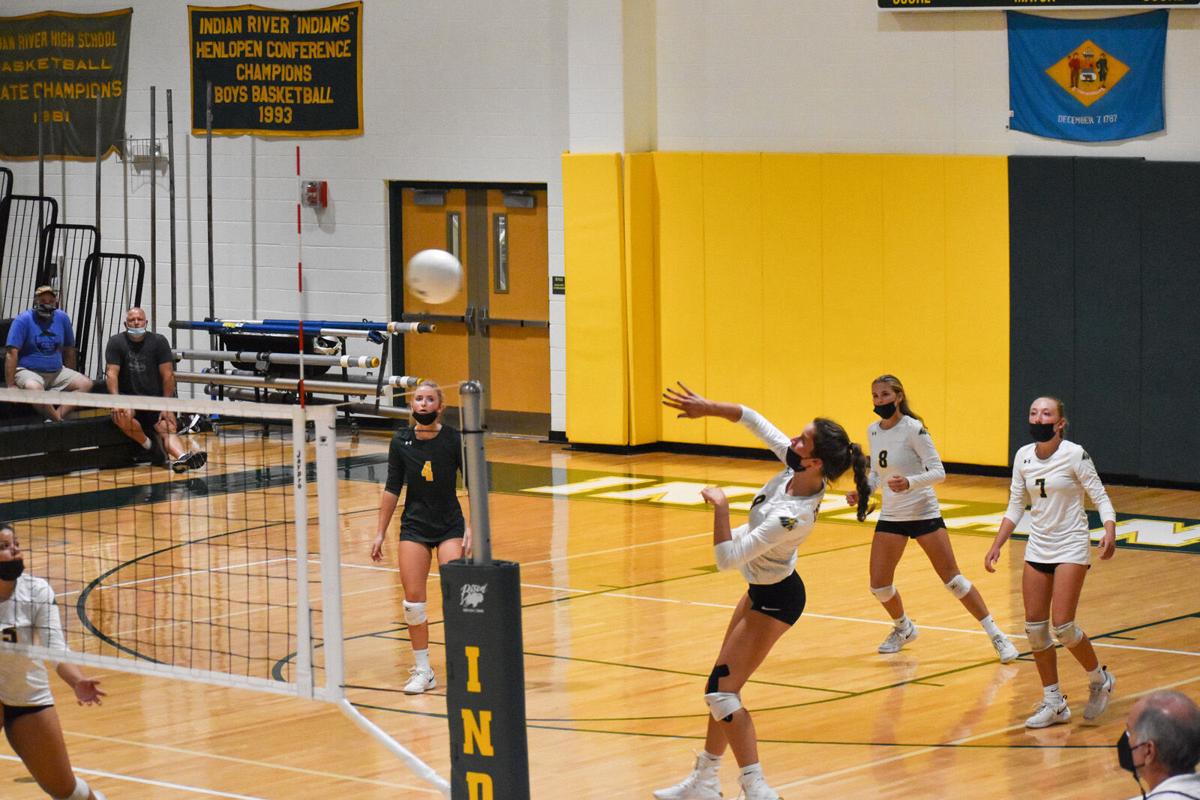 Indian River's Sia Diakos sends the ball over the net in a game earlier this season.

IR sophomore Brynn Crandell won the girls’ race with an incredible time of 18:32.50, which was nearly a full minute ahead of the second-place runner Sarah van Ornum from Kent Island High School (Md.). Crandell bested 168 total runners in the event that featured 25 schools with Henlopen Conference member Cape Henlopen winning the team championship overall. The Indians finished 6th in the team standings.

Junior Chase Sims was 5th overall out of 236 runners with 28 schools represented in the boys’ race with his time of 16:18.10. James M. Bennett (Md.) High School’s Timothy Synow won the race with a time of 15:29.46. Cape Henlopen also won the boys’ team title with three runners crossing in the Top 10 and their first five all in the Top 26.

Crandell has been on a tear this year having won every race she’s been in so far. She set the course record in a quad meet at Sandhill Fields back on Sept. 22, with her time of 18:33.

Both the Indians’ boys and girls teams ran in a tri-meet on Wednesday, Oct. 13, at Laurel with Woodbridge also participating. Results will be available on the Coastal Point News Sports Facebook page when made available.

The growing pains and struggles continued this past week for the Indian River High School field hockey team as they dropped a pair of contests against Dover and Smyrna.

On Saturday, Oct. 9, the Indians went up to the University of Delaware’s Rullo Stadium to take on Dover in the annual Turf Bowl series hosted at the college. Emma Ruley scored both goals unassisted in the 3-2 setback to the Senators.

Dover got on the board first in the first half at the 13:06 mark, but Ruley tied things right up 13 seconds later on her first goal. The Senators went ahead for good with 2:30 left before the half, and added to their lead in second half at with 11:08 to play with an insurance goal. It proved to be needed as Ruley banged home her second with 4:34 on the clock for the final score.

The Indians only managed five shots in the contest versus Dover’s 11. The biggest issue for IR could have been their inability to capitalize on six penalty corners. Senior Caylee Schmidt turned aside six Dover shots.

IR then traveled up to Smyrna to take on the Eagles in a Henlopen Athletic Conference divisional crossover game coming up on the downside of a 5-0 result. Schmidt faced 36 shots with only 26 actually being credited going on goal. She would make 21 saves overall.

Smyrna dominated from the opening whistle with three first half goals before adding another two in the second half. They earned 17 penalty corners to the Indians’ 4, and outshot IR 36-4.

The Indians hosted winless Laurel on Thursday, Oct. 14. Results will be available on the Coastal Point News Sports Facebook page when made available.

Junior Cam Ehlers was impressive in the match with 18 assists and 12 digs to go along with 6 kills and 3 blocks. Senior Sia Diakos had a strong contest with 14 digs and 11 kills as well as a block. Classmate Nicole Norman added 16 digs, 5 assists, 5 kills, and a block of her own.

No other stats or information were available from the match to include as of Coastal Point press time.