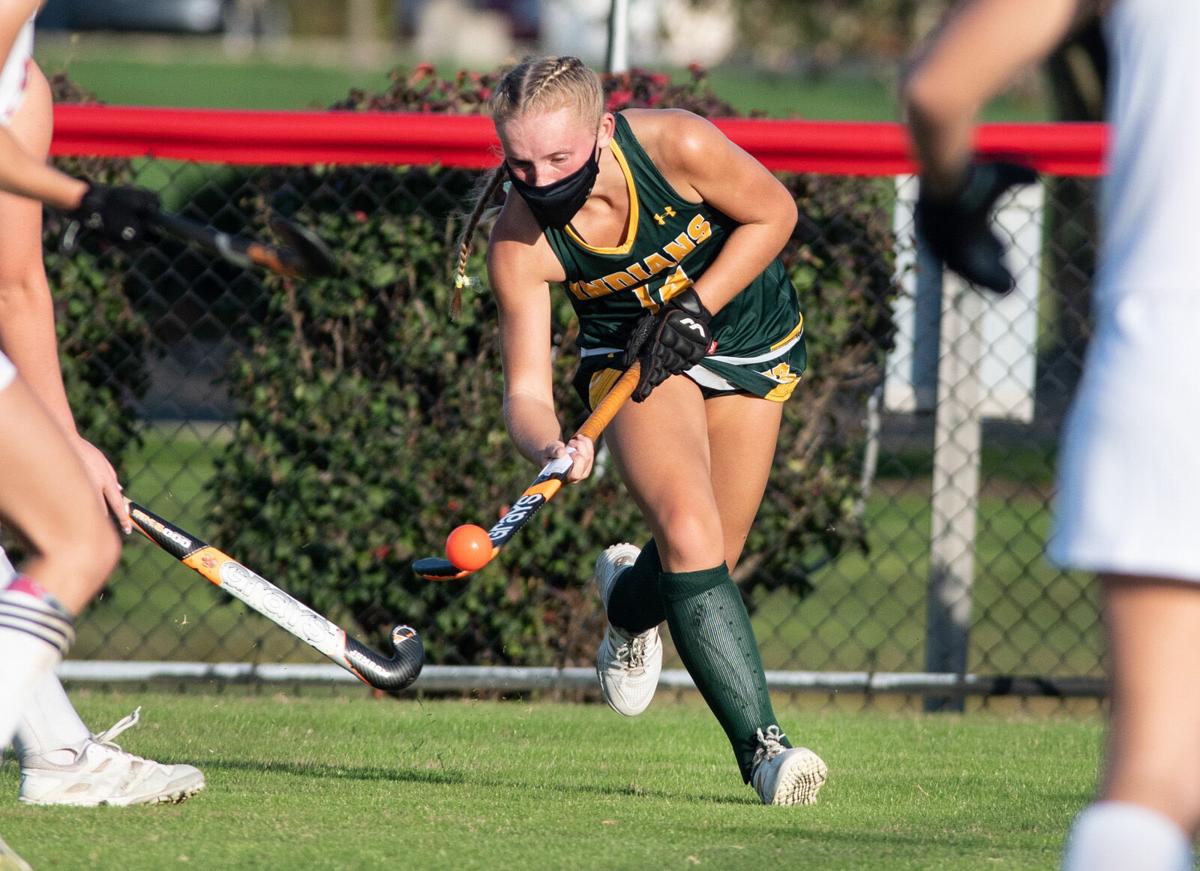 IR’s Kinsley Hall dribbles the ball on her stick while heading toward the goal against Polytech on Tuesday. 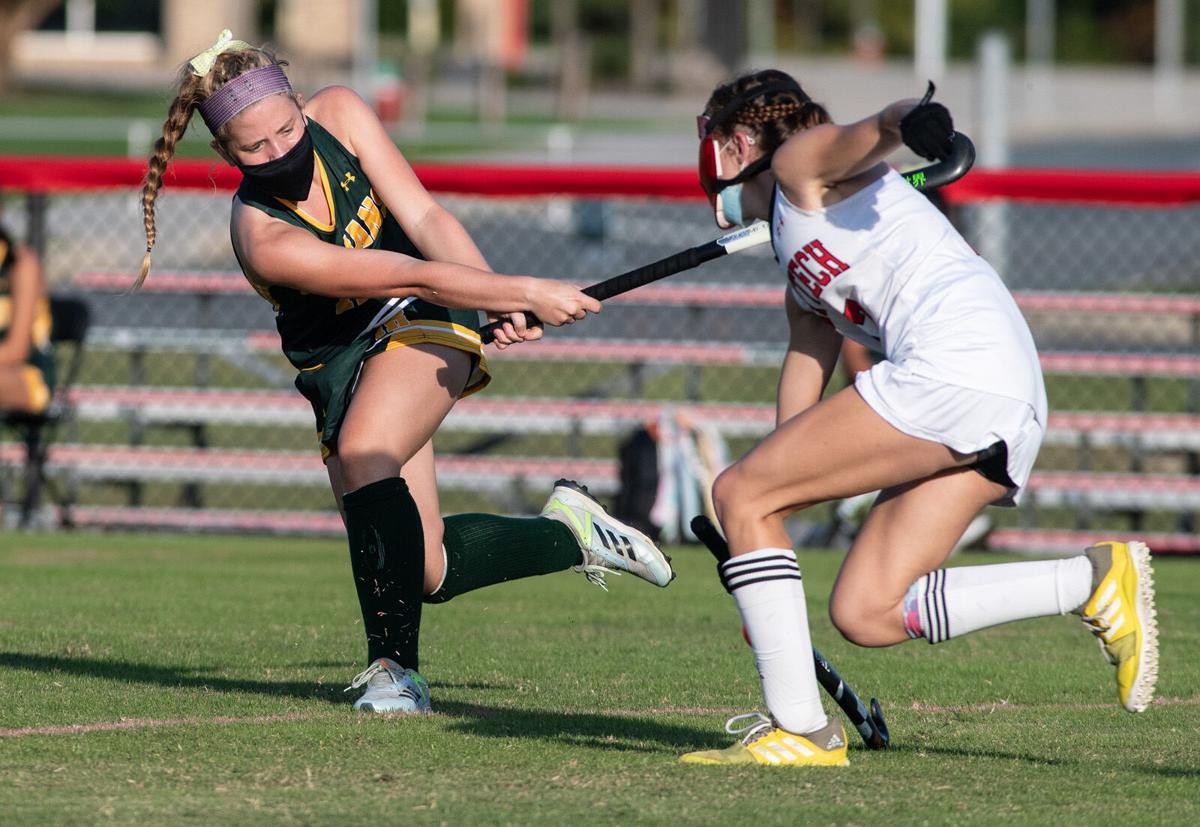 Indian River’s Emma Ruley hits past a Polytech defender in the third quarter on Tuesday. 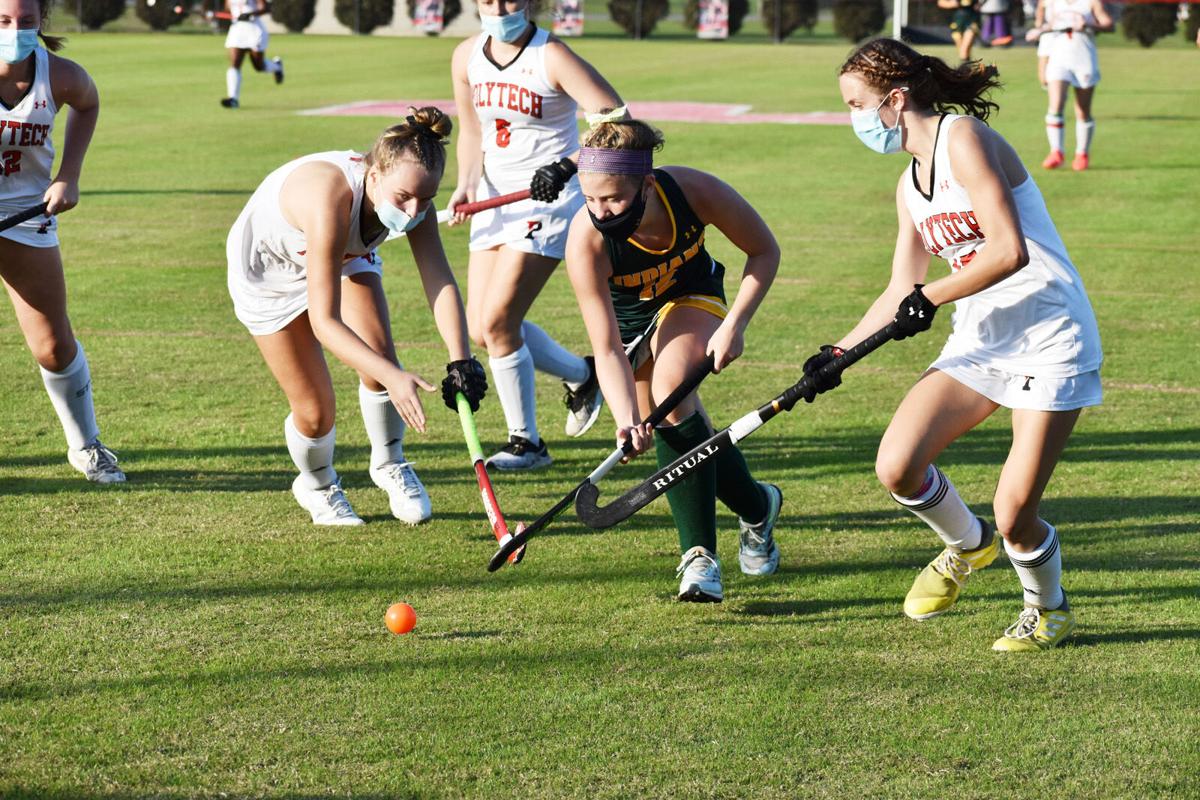 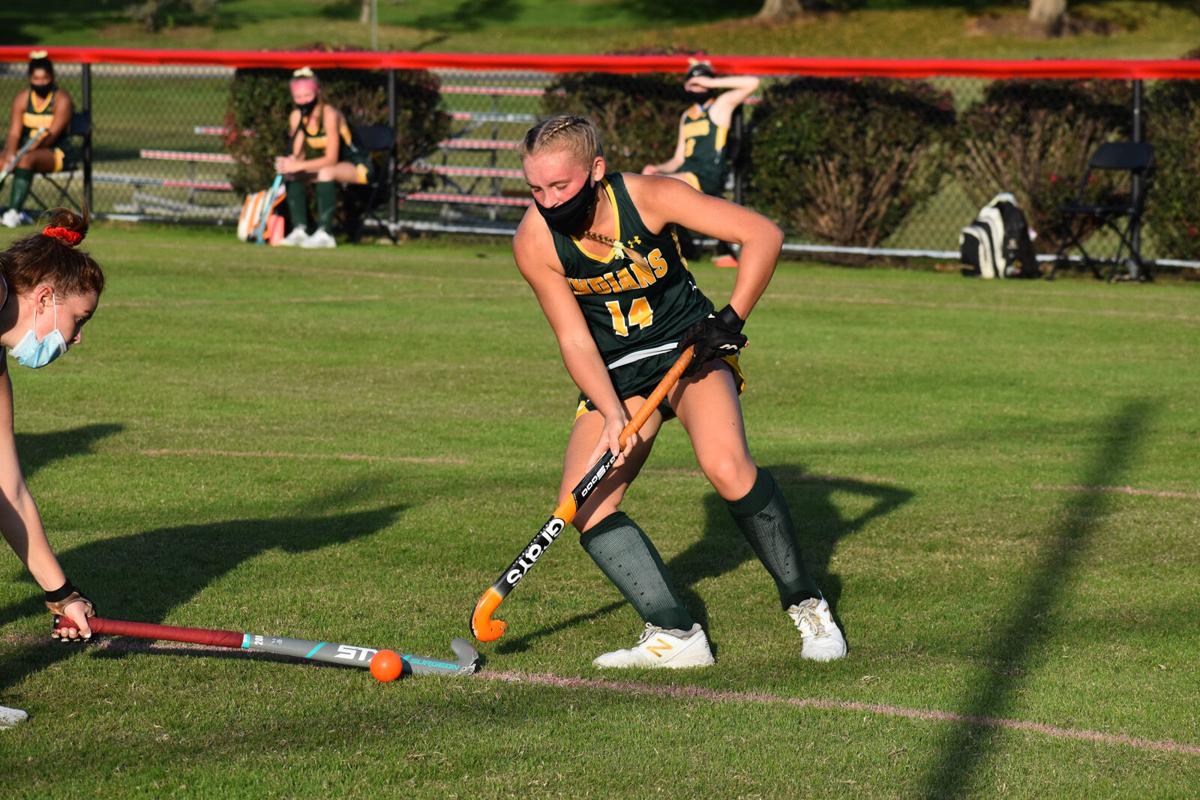 Kinsley Hall is intensely focused during the Indian's field hockey matchup against Polytech.

IR’s Kinsley Hall dribbles the ball on her stick while heading toward the goal against Polytech on Tuesday.

Indian River’s Emma Ruley hits past a Polytech defender in the third quarter on Tuesday.

Kinsley Hall is intensely focused during the Indian's field hockey matchup against Polytech.

With just a few weeks of practice to prepare, the Indian River High School field hockey team — and many other teams across the state — got their season under way on Tuesday, Oct. 20. For the Indians, it meant a visit to Polytech High School.

The Indians were faced with several obstacles leading up to the season-opener. First, they were replacing a slew of talent that graduated from last year’s school-record breaking campaign. And second, they — like the rest of the student-athletes in Delaware — had to figure out a way to play at a high level while wearing the state-mandated masks as part of the COVID-19 protocols.

IR was able to overcome those issues, posting a 4-3 overtime win over the Panthers to get the season off on the right foot. Sophomore Kinsley Hall recorded a hat trick, including the game-winner in the extra time with 3:35 left.

According to the official scorer’s sheet, junior Emma Ruley picked up the other IR goal, while also being credited with two assists.

“They are eager, and they are ready,” said head coach Jodi Stone after the game. “The underclassmen really stepped up, and as they showed here today, they are ready to go. We are playing on the strengths of all of our players, and all the puzzle pieces are starting to fit together.”

Polytech got on the board first, in the opening period at the 8:34 mark, when senior Mairead McKibbin found the back of the cage for the Panthers.

Less than a minute later, Hall notched the first of her three goals, with the assist from Ruley. About a minute and a half later, it was Hall again, with another assist from Ruley, to give the Indians a 2-1 lead.

It would remain that way until the 13:28 mark of the second period, when senior Cecelia Rivera knotted the score at 2-2, thanks to a helper from McKibbin.

IR went back ahead just over a minute into the third period, with Ruley putting a loose ball past Polytech goalie Reagan Thomas for the 3-2 lead.

The Panthers were able to force overtime as time expired, thanks to a penalty corner opportunity. Junior Amiyah Sizer pushed a shot past IR goalie Allyson Clark off a pass from Megan Popp.

“We’ve been working on [killing off corners], and we just know we have to take one day, one game, at a time,” Stone continued. “It’s hard when you have a target on your back.”

Clark finished the game with nine saves for the Indians, while Thomas turned aside five IR shots for the Panthers.

The new COVID-19 protocols are an added hurdle for teams and their coaches to work through and become accustomed to for this season. Stone said she was happy with how her girls responded to the “new normal.”

“The players are adjusting nicely to the protocols, and we are taking the necessary measures to ensure their safety,” Stone concluded. “It is certainly different, but they are just so happy to be able to be out there playing. Everyone has to work their way through it and get used to it.”

The Indians were set to travel to Sussex Academy on Thursday, Oct. 22, after Coastal Point press time. Full results on that game can be found on the Coastal Point sports Facebook page. They will then hit the road for a game with Sussex Tech on Monday, Oct. 26, before finally getting to play their first home game on Tuesday, Oct. 27, against Smyrna. All games are at 4 p.m.