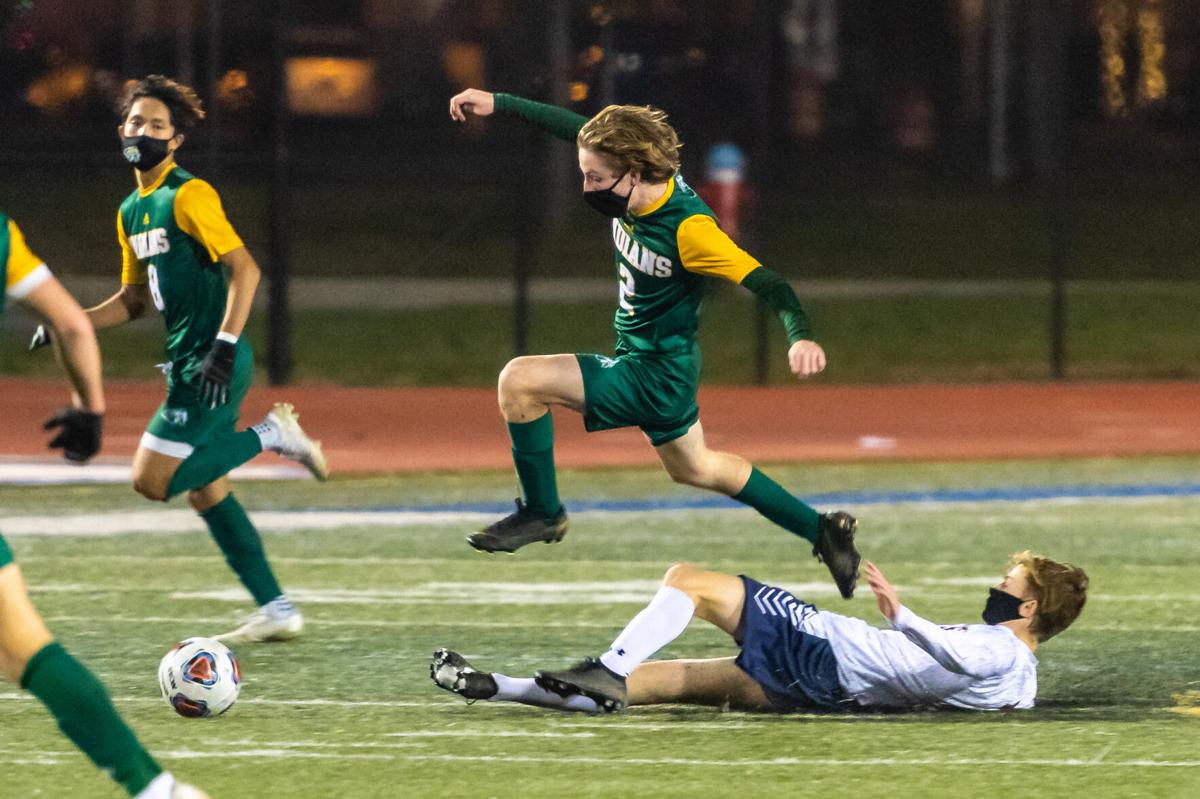 Blake Morgan jumps over a defender during the championship game on Dec. 12, 2020. He returns to the team this year as a senior, among about a dozen returning players from last year's championship team. 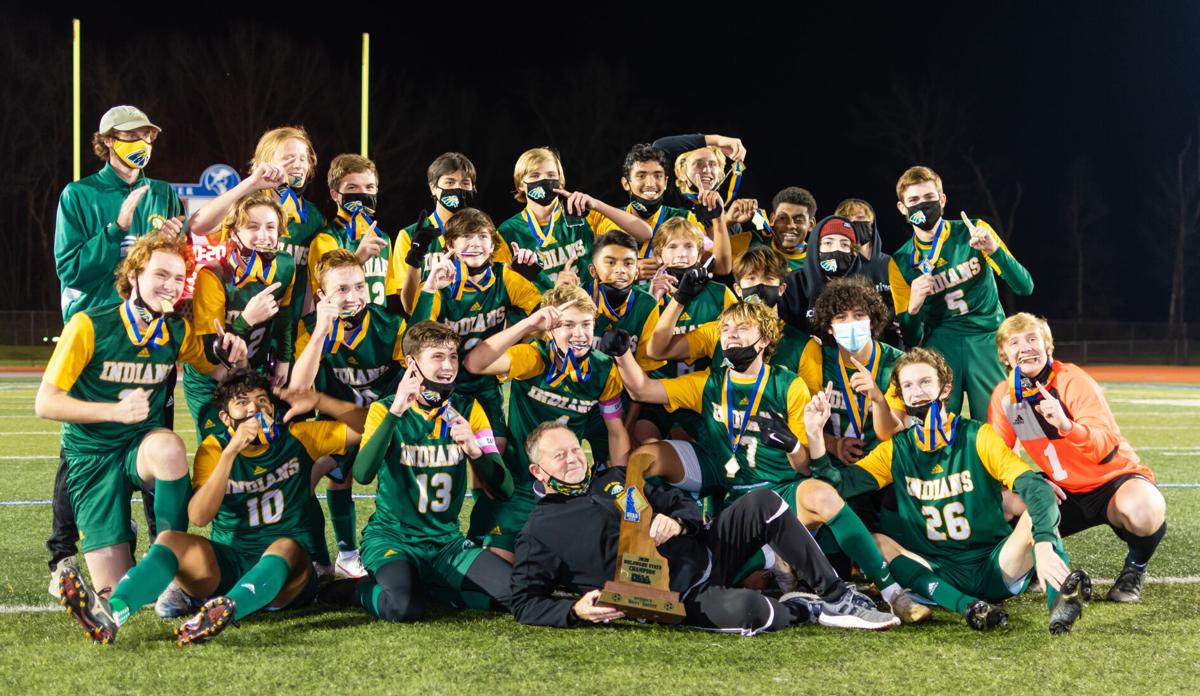 It’s never easy to follow a near-perfect season — especially one that ended with a DIAA Division II state championship — but the Indian River High School boys’ soccer team has to do just that in their 2021 campaign.

After a year in which their 2020 version posted a remarkable 14-2 overall mark — their only losses both coming against Milford — as well as a 2-1 win over Newark Charter for that state title, the Indians know they have some big shoes to fill, but this program doesn’t rebuild… they retool.

With arguably one of the best players in the state back in the fold, in junior Jordan Illian, the Indians expect to be right in the thick of things in the Henlopen Athletic Conference, as well as the state playoffs.

Veteran field general Steve Kilby is set to embark on his 16th season with the team, with a crew that he feels sports a lot of potential for some big success this year as well.

“We have a lot of players who are talented and similar in ability,” Kilby assessed, “so I believe we will have a lot of interchangeable parts. I believe this team has a lot of potential if we can get them to gel as a group.”

That group will be looking to fill the voids of a group of seniors who had one of the winningest four-year stretches in the program’s history. Graduated are Bastian Perry, Willem Lambertson, Kyle Topper, Jax Cathell, Eddie Mochiam, Josh Bird, Omar Baker, Erick Aguilera-Baruch, Arturo Cruz Bonilla and Michael Peterson.

Kilby, along with assistants Brandt Mais, Nate Kortvelesey and John Cuellar, will be looking to a strong group of newcomers to also fill some of those voids.

Twin brothers and transfers from Sussex Academy, Luke and Cole Viers are near the top of that list, as are Angel Mora Salas, Shane Carroll, Yahir Patraca, Joseph Cordoba, Jose Savala, Leo Chester and Dominic Delaney.