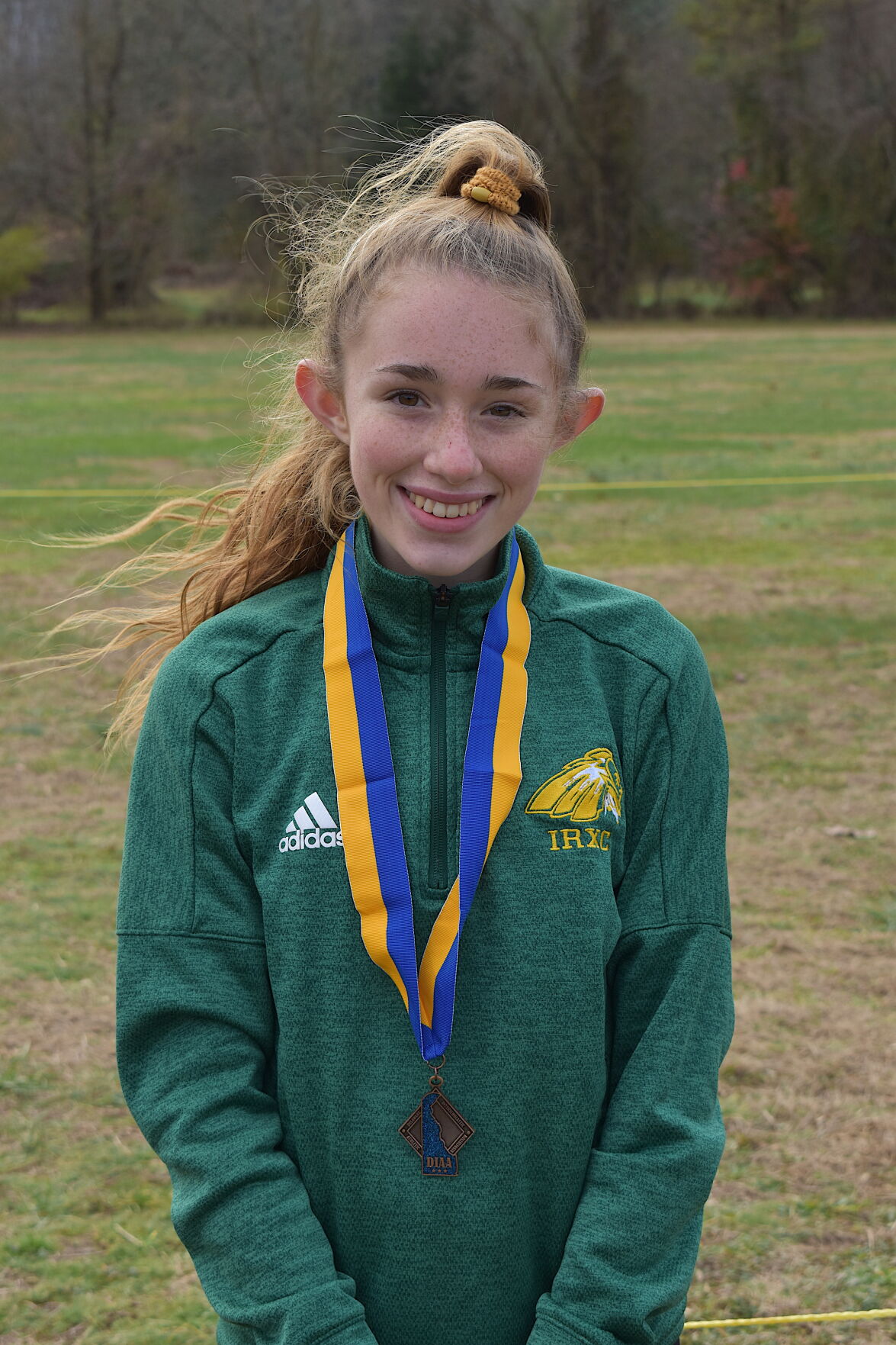 Indian River's Brynn Crandell capped an impressive freshman season on the cross-country circuit in 2020 with her third-place finish at the DIAA Division II State Cross Country Championships at Killens Pond State Park on Saturday, Dec. 5. It was the best finish by a girls’ cross-country runner in school history, wrapping up a season that also saw her win the Sussex County and Henlopen Athletic Conference girls’ individual championships. 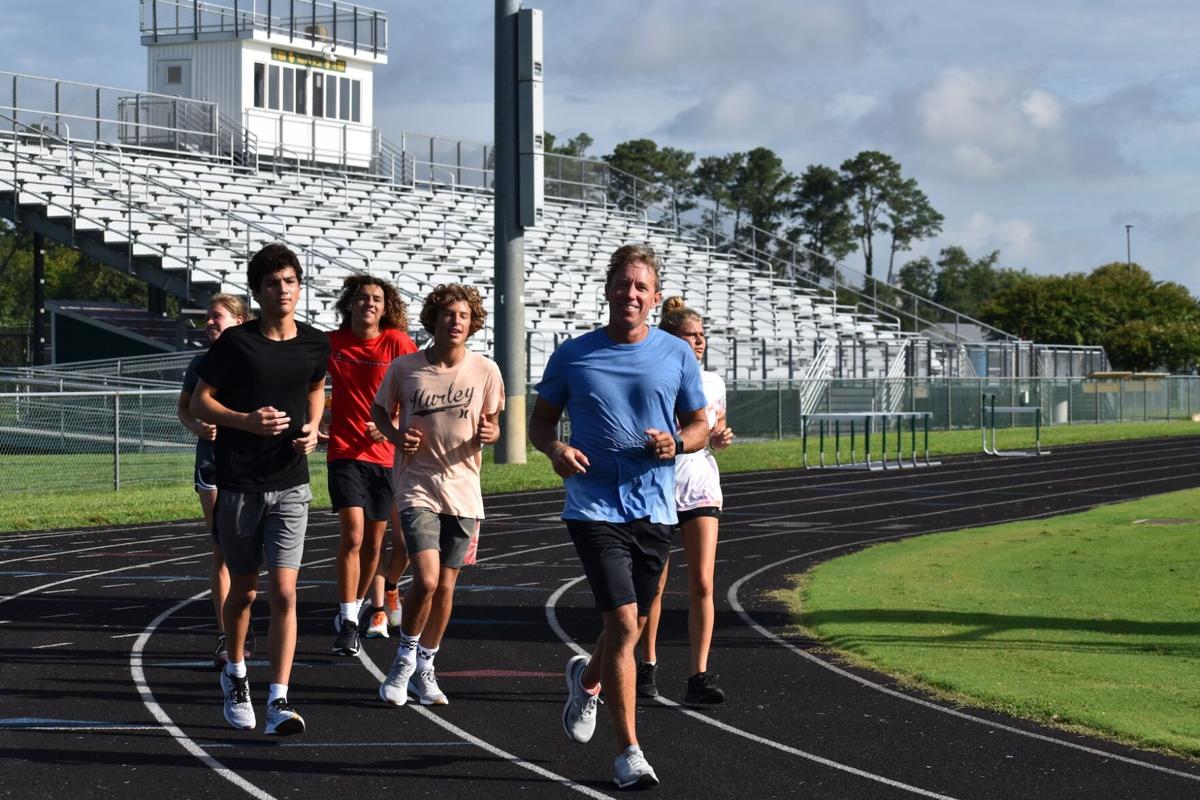 IR assistant cross country coach Colin Crandell leads the way for some of his runners during practice on the track this summer.

After an impressive freshman season that saw her finish as one of the top runners in the entire state of Delaware, Brynn Crandell returns to the forefront of the Indian River High School cross-country team for the 2021 season.

Crandell, along with Heather Smyth, is one of the lone two returning runners for the Indians girls’ team — they were the only two on the roster last year — and they are being joined by four new faces who will allow them to actually field a full team for meets this season.

On the boys’ side of things, juniors Shane Hall and Cole Donnelly are the two veterans on the squad this year and will lead a group of nine runners on the roster for 2021. They will be looking to take over the leadership roles vacated by seven graduated seniors, including All-State performer Declan Burke.

Head coach Rick Hundley is the man in charge of the Indians cross-country teams, and he will be assisted by Colin Crandell again this year.