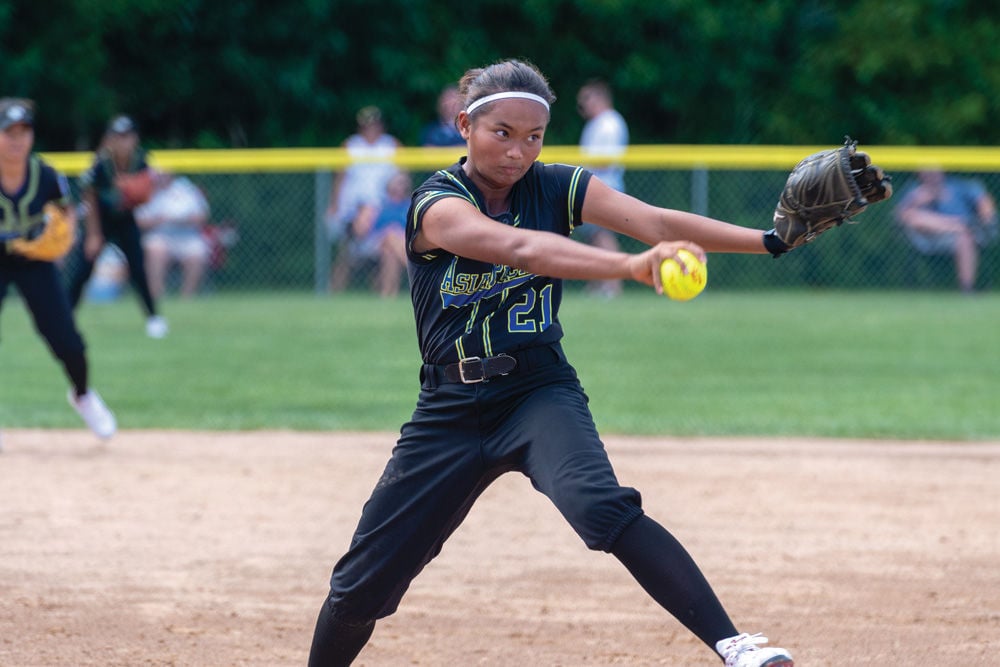 The Senior League Softball World Series has called Delaware its home for many years, including 2018. Each August, teams from around the world settle in at the Lower Sussex Little League Complex in Roxana. But the COVID-19 pandemic means all of Little League's regional and World Series tournaments are being canceled for 2020. 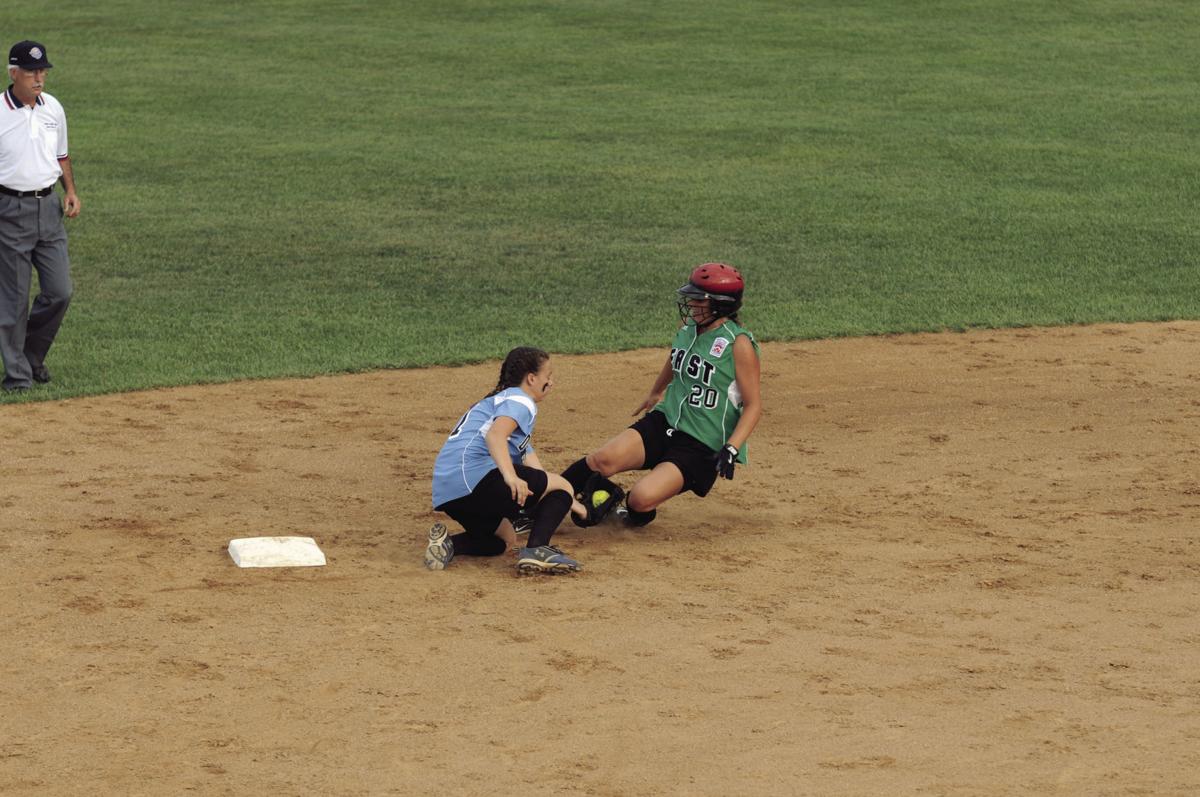 The Senior League Softball World Series has called Delaware its home for many years, including 2010. Each August, teams from around the world settle in at the Lower Sussex Little League Complex in Roxana. But the COVID-19 pandemic means all of Little League's regional and World Series tournaments are being canceled for 2020.

The Senior League Softball World Series has called Delaware its home for many years, including 2018. Each August, teams from around the world settle in at the Lower Sussex Little League Complex in Roxana. But the COVID-19 pandemic means all of Little League's regional and World Series tournaments are being canceled for 2020.

The Senior League Softball World Series has called Delaware its home for many years, including 2010. Each August, teams from around the world settle in at the Lower Sussex Little League Complex in Roxana. But the COVID-19 pandemic means all of Little League's regional and World Series tournaments are being canceled for 2020.

As more and more events are canceled due to the global COVID-19 pandemic, sports fans can add yet another local spectacle to that ever-growing list. Following an announcement from Williamsport, Pa., on Thursday, April 30, all of the 2020 Little League World Series tournaments have been canceled.

“It’s certainly extremely disappointing,” said Senior League Softball World Series Director Martin Donovan in a phone interview on Thursday, April 30. “We were on a conference call this morning, and there was still hope that we could have played this year. However, due to some of the international teams needing to get their winners figured out early in June to apply for their visas, and not knowing what the international flight restrictions were going to be, it just made things more difficult as we went along.”

Because of the devastating effects the global pandemic has had on the 6,500 Little League programs spread across 84 countries, and based upon the direction of governmental and public health authorities, and in consultation with medical professionals, as well as its own Board of Directors, Little League officials concluded they had no other choice but to make the difficult decision to cancel the seven World Series tournaments, as well as their respective regional qualifying events, for the first time in their history.

“This is a heartbreaking decision for everyone at Little League International, but more so for those millions of Little Leaguers who have dreamt of one day playing in one of our seven World Series events,” said Stephen D. Keener, Little League president and CEO, in the statement issued on April 30.

“After exhausting all possible options, we came to the conclusion that because of the significant public health uncertainty that will still exist several months from now, and with direction from Pennsylvania Gov. Tom Wolf and Secretary of Health Dr. Rachel Levine, as well as senior public health officials and government leaders from locations where our other six World Series are held, as well as the their qualifying regional tournaments, it will not be possible to proceed with our tournaments as we’ve hosted them for nearly 75 years.”

The economic effects of these cancellations on those areas — as well as those that were set to host the 82 regional qualifiers — are also expected to take their collective tolls, as have many of the areas have already seen businesses and other events shuttered due to the coronavirus this year.

“As we assessed the feasibility of including these tournament opportunities as part of that resumption of play, a number of factors went into the decision to cancel the World Series and Regional Tournaments,” Little League representatives said.

Among those factors, they said, are: “the inability to play qualifying tournaments in many of our U.S. and international regions, coupled with direction from federal officials regarding the complexity of international travel restrictions and immigration requirements; an indication from teams from around the globe that they will be unable to participate or travel to these tournaments; the testing and mitigation protocols that would need to be in place at these significant public events should an individual participating or attending an event be diagnosed with COVID-19.”

As a result of their decision to cancel their postseason events, the 2020 MLB Little League Classic, which was originally scheduled for Aug. 23, between the Boston Red Sox and Baltimore Orioles, was also canceled. Major League Baseball (MLB) and the Major League Baseball Players Association (MLBPA) have already committed to returning to Williamsport for the 2021 MLB Little League Classic next August.

“Delivering this news comes with a very heavy heart. We have never had to cancel our World Series tournaments, but, right now, as our world comes together, we must do everything we can to help stem the spread of this deadly virus,” said Little League International Board of Directors Chairman Hugh E. Tanner. “While we take this pause from the World Series and regional tournaments this summer, we are committed to working with our volunteers and staff to continue to provide an unparalleled youth sports experience to all children and be back stronger than ever in 2021.”

Little League is going to help their local programs by refunding all of the charter and affiliation fees for the 2020 season, which comes to approximately $1.2 million in total.

Under the guidance of their state and local health officials, Little League has strongly encouraged its member organizations to resume their seasons after May 11, or whenever they are permitted. Among those opportunities, Little League has suggested for the local districts’ and possibly the state all-star tournaments to also be played, so as to provide the players with a tournament experience in 2020.

As long as it is possible, and — most importantly, they said — safe.

“For the first time in — I guess it’s 17 years, I’ll have a summer off with no softball. We will certainly be back in Roxana next year for the Senior League Softball World Series. We will be back.”

Next year was to be Little League’s 75th anniversary, but now those celebrations will take place in 2022. More information about the World Series locations and future dates can be found at LittleLeague.org.

In coordination with public health experts at the Delaware Division of Public Health (DPH), Gov. John Carney on Friday announced June 1 as the…