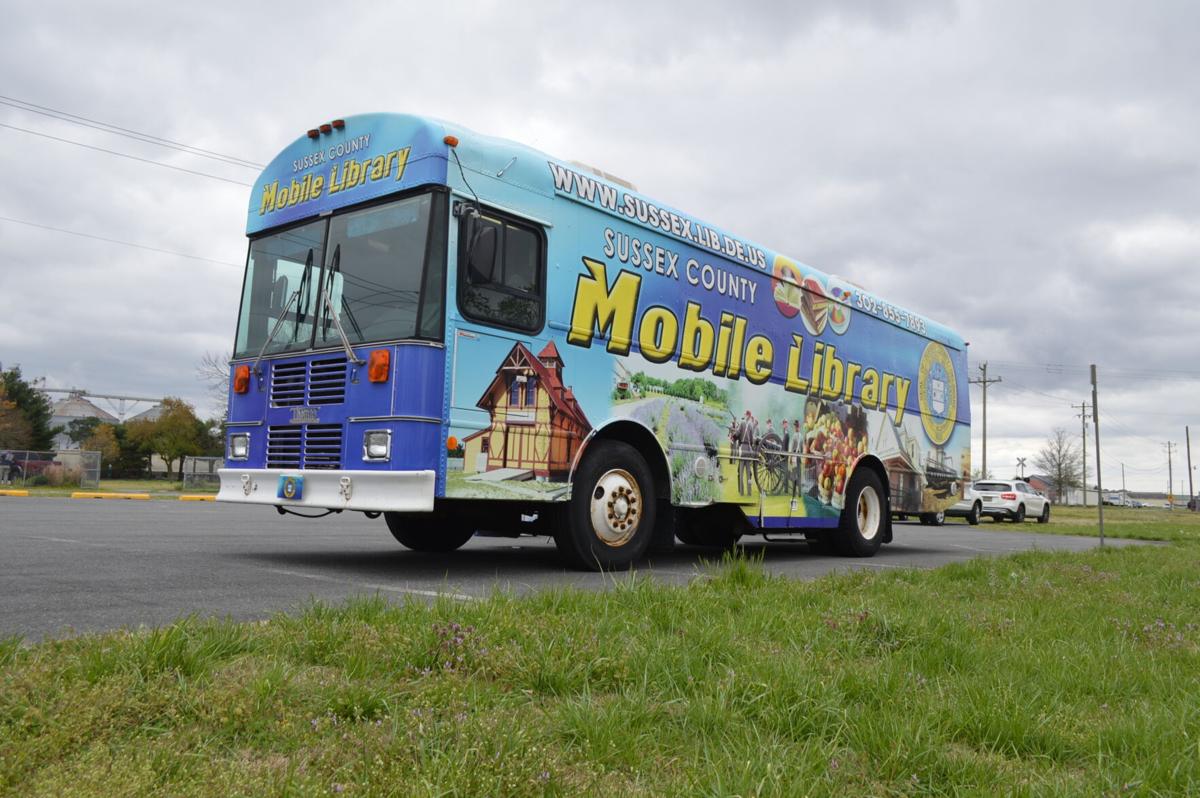 The Sussex County Mobile Library, or Bookmobile, began carrying COVID-19 vaccines and vaccination personnel in Georgetown and, pictured here, in Frankford on April 13. 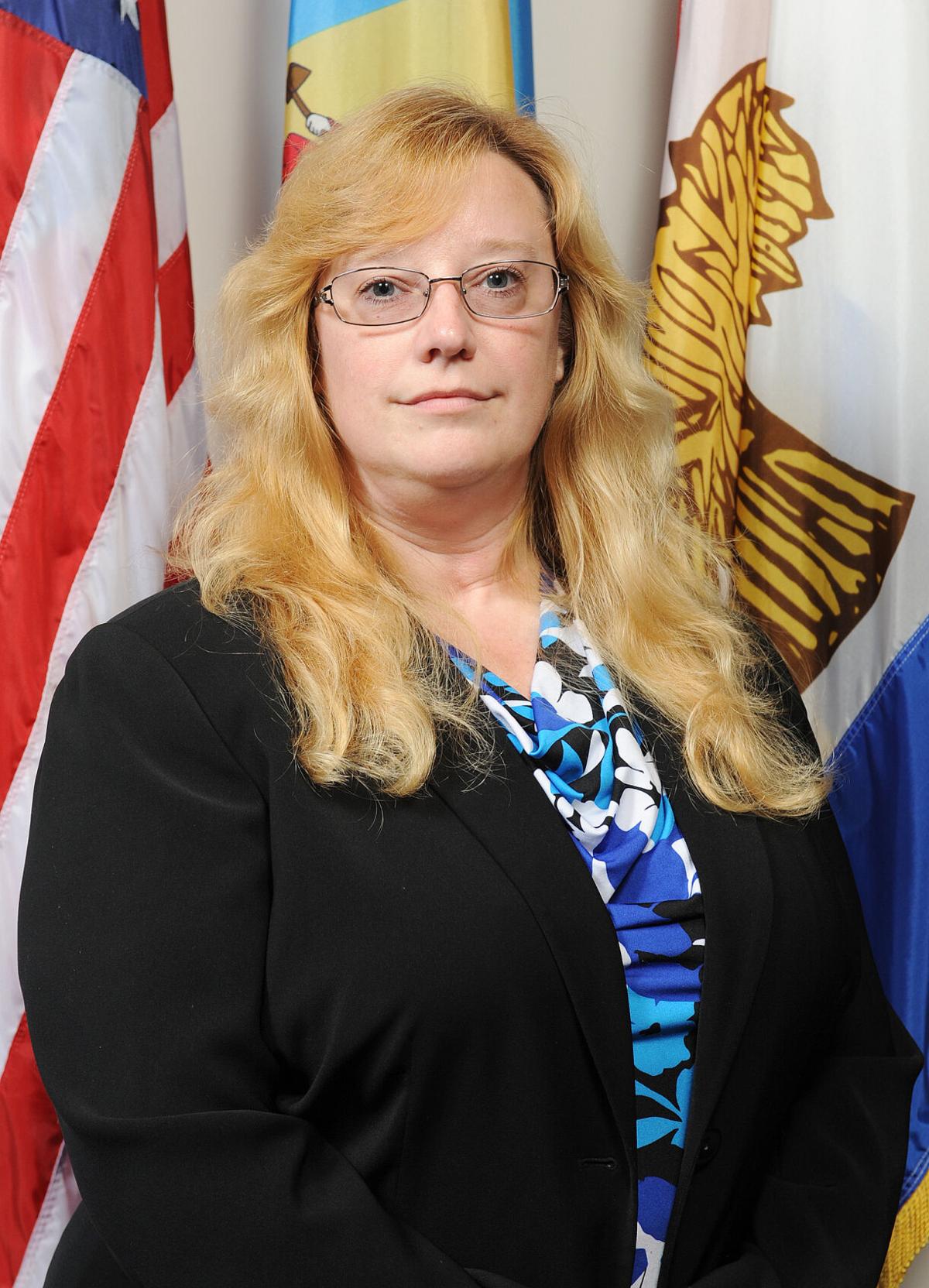 When Rachel Lynch was a child, she lived down the street from the Milford Public Library.

“When I was growing up, as a reward, if we were good, my mother would walk us to the library. I absolutely loved it. I loved everything about it. I became a fixture in that library,” the now-49-year-old newly appointed director of the Sussex County Department of Libraries said during a recent conversation.

Currently serving as the assistant Sussex County librarian, she was appointed as director by the Sussex County Council during the Tuesday, July 13, meeting. She will take over for retiring Director Kathy Graybeal on July 26. Graybeal’s last day is on July 23.

“She has taken me under her wing and taught me pretty much most of it. There are a few little things I am going to have to learn. She has been fantastic,” Lynch said.

As director, Lynch will oversee a 50-member staff, the general administration of three County-owned libraries — South Coastal Library in Bethany Beach, the Greenwood Public Library and Milton Public Library — and the Bookmobile, as well as coordinate with staff and directors of the county’s 11 independent libraries to “ensure effective operation of the statewide automated system,” according to a news release issued by the Sussex County Council.

Lynch, who lives on the Angola side of Lewes with her husband and teenage son, has a deep interest in history and volunteers at the Lewes Historical Society. She said she enjoys reading old newspapers and portraying historical figures.

“You get to dress up in funny clothes and be different people,” she said of that hobby, laughing. She has portrayed the urban legend Molly of the Dunes — a female lighthouse keeper and anti-suffrage leader.

An employee of Delaware public libraries 33 years. Lynch began her library career as head cataloger and co-created, and was chairwoman of, the Delaware Library Consortium Cataloging Executive Committee.

In 2013, she was promoted to assistant county librarian, and she has been a trainer for the library system, as well as creating promotional materials and managing the budget for the Sussex County Mobile Library.

She has a master’s degree in library and information science from the University of Tennessee, and worked at the Rehoboth Beach Public Library and the Milford Public Library for 18 years before coming to Sussex County Libraries in 2006.

County Council President Michael Lynch congratulated her, stating in the news release, “Rachel brings the experience and knowledge of the library system that will ensure a successful transition. I have no doubt that Rachel will do an excellent job supporting the County-owned libraries and embracing the relationship that the County has with the other 11 independent libraries.”

As assistant director, her days have been full and varied, but generally she has supervised, managed, worked on funding strategies and kept up with trends, always striving to strengthen the libraries’ relationship to the community.

“I really want to build beneficial partnerships. That is something we’ve always kind of done. I want to work hard on that. I don’t want libraries to be a second thought. I want them to always be included in everything,” she said, recalling attending a recent conference and hearing a woman calling for the needs of senior citizens to be met, as well as youth, the unemployed and other groups.

Lynch reminds people that public libraries — which are only a few miles from any town in Delaware — fill many needs and offer outstanding programs for adults and youth, from computer classes, to technology lessons and courses that teach résumé writing, and everything is free.

After Sussex County Libraries in March, in conjunction with the Delaware Department of Public Health and Beebe Healthcare, started using the Bookmobile to travel into under-served areas and provide vaccinations against COVID-19, Lynch sent the County’s news release announcing the joint venture to major news organizations and was delighted when the New York Times published an article.

“It’s really cool that we have all this positive media out there. We have seen other states interested in doing vaccinations now. As far as I know, ours was the first Bookmobile in the entire country used for vaccinations. Kent County has now started. It was Robbie Murray’s idea. He’s the director of Emergency Medical Services for the County. We had talked about it, and we thought we could use the Bookmobile as a mobile registration site, but he suggested we use it to provide vaccinations,” she said.

When the Bookmobile arrives with vaccine, books remain on the shelves, but instead of asking patrons to use a library card to borrow them, they are given books and DVDS free of charge.

“As a library, there is nothing we can’t do, but we need the funding and the support of our community. Possibilities are endless. I’m excited about looking into how we can grow, and make community libraries the No. 1 place to go,” she said.

Despite the rapid increase in focus on technology, Lynch said she isn’t concerned libraries will close in her lifetime.