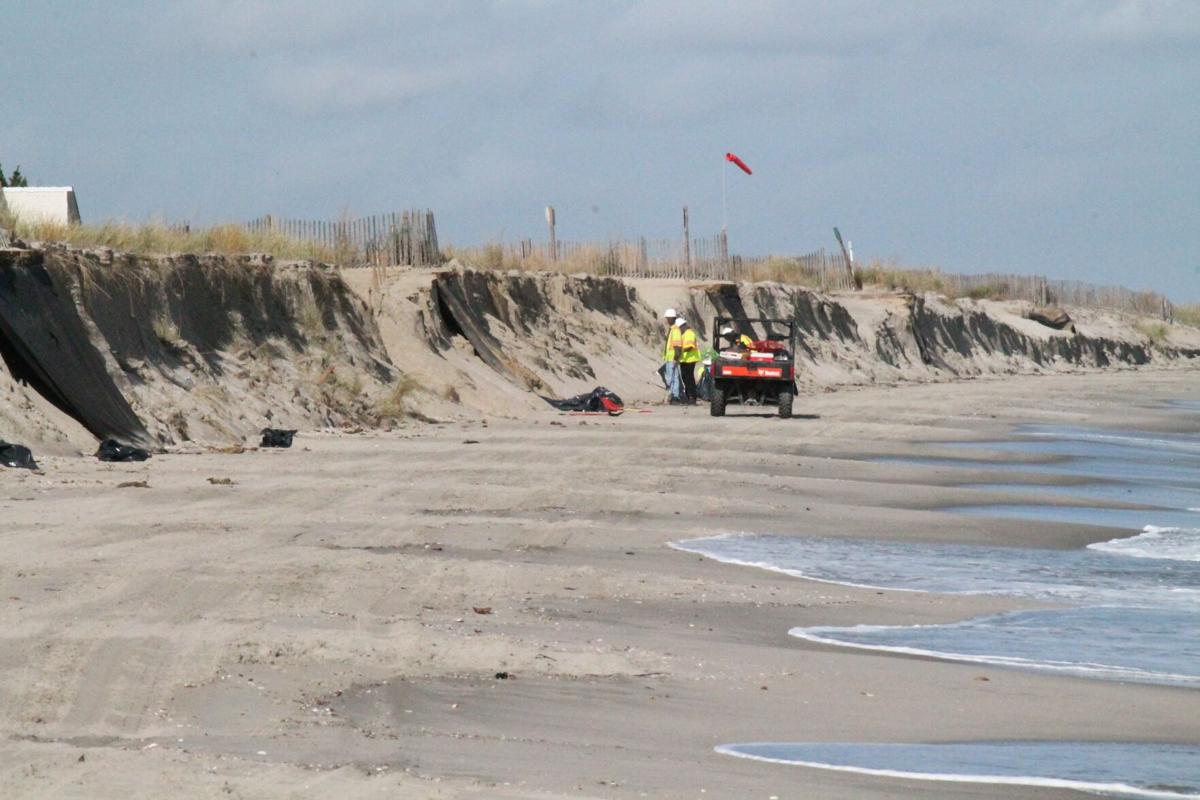 Bags are distributed across the Broadkill Beach shoreline to assist with cleanup of an oil spill of unknown origins. 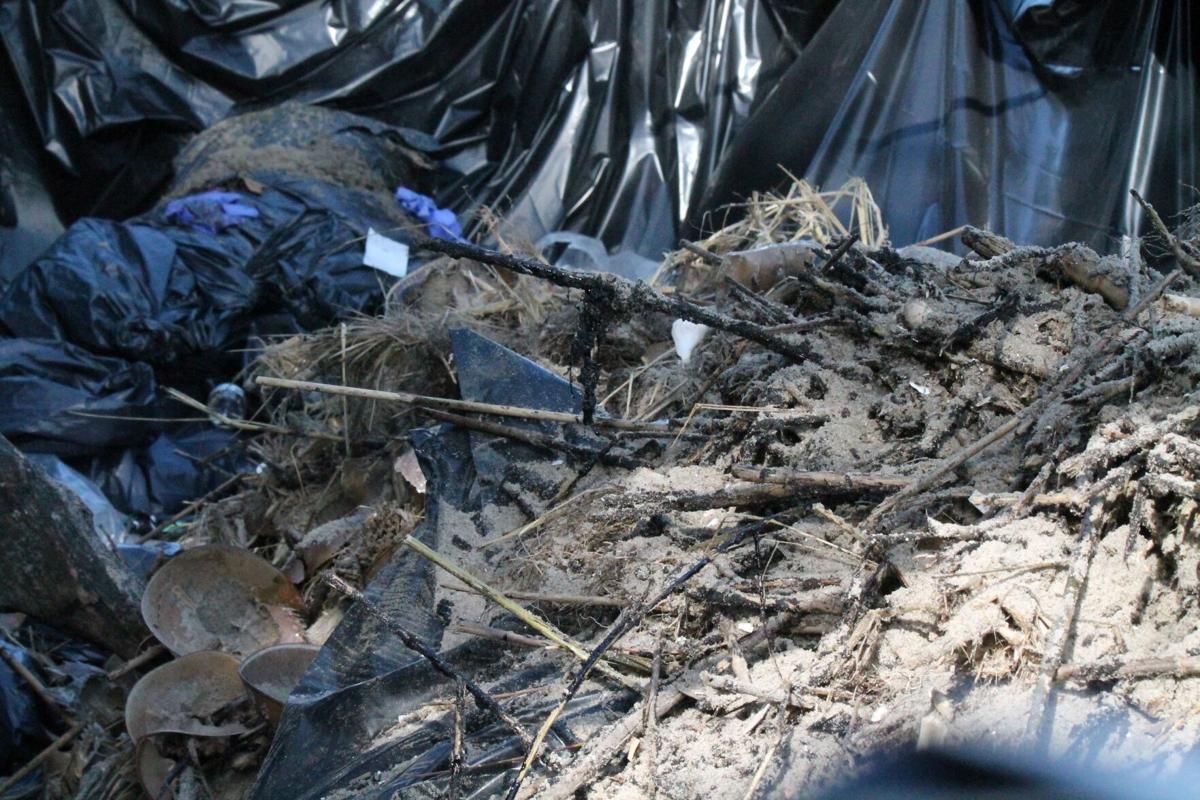 A bag is used to collect oil, oily sand and debris from the Broadkill Beach shoreline during cleanup of an oil spill of unknown origins.

The Department of Natural Resources & Environmental Control and U.S. Coast Guard continued Thursday and Friday to spearhead a cleanup operation for the oil spill that has deposited blobs of oil called tar balls and oiled debris this week over a stretch of Delaware coastline extending from the upper Delaware Bay to the tip of the Atlantic Ocean. The cleanup operation intensified on Friday morning, officials reported, with additional resources deployed by state and federal agencies and non-profit organizations.

More than 125 environmental professionals from DNREC, the Delaware Department of Transportation (DelDOT), the Coast Guard and its environmental contractor, and the Delaware Bay & River Cooperative were expected to be engaged Friday in removing oil found littering beaches and rafting around debris offshore.

The Delaware Bay and River Cooperative, a non-profit funded by industry in the event of an oil spill, dispatched an oil skimming vessel to remove oily debris seen Thursday afloat in the Bay. Tri-State Bird Rescue of Newark continued to play a key role in the cleanup coalition, officials noted, with the organization investigating reports of wildlife impacted by oil and treating captured seagulls and other wildlife that has been oiled in the water.

“We continue to mobilize our expert resources as the tides spread oil from the beaches back into the water and back on the beach,” said DNREC Secretary Shawn Garvin. “We are combing the beaches and, shovel by shovel, removing the tar balls and contaminated sand.”

The crews are manually removing oil patties and tar balls are being found on various locations along the coast. Approximately 21 tons of oily sand and debris, filling 1.5 dumpsters, was removed from the affected areas as of 7 p.m. Thursday.

“We are grateful for our interagency collaboration with DelDOT and for the help from the Delaware Bay & River Cooperative enabling us take the cleanup onto the water,” Garvin said.

The City of Lewes Thursday closed its beaches temporarily due to oil that had come ashore and posed a threat to people and pets alike who visit them. DNREC closed the 4-wheel-drive surf-fishing crossing at Delaware Beach Plum Island Preserve, overseen by Delaware State Parks, so cleanup operations will not be hampered by vehicles tracking oil onto the sand.

While the oil spill cleanup continues, the Coast Guard and DNREC strongly advised the public not to handle any oily product found or attempt to assist affected wildlife along the shore, but to report these findings to DNREC’s environmental hotline at 1-800-662-8802 so the situations can be addressed by hazmat-trained professionals.

A unified command consisting of the U.S. Coast Guard and Delaware Department of Natural Resources & Environmental Control (DNREC) was esta…