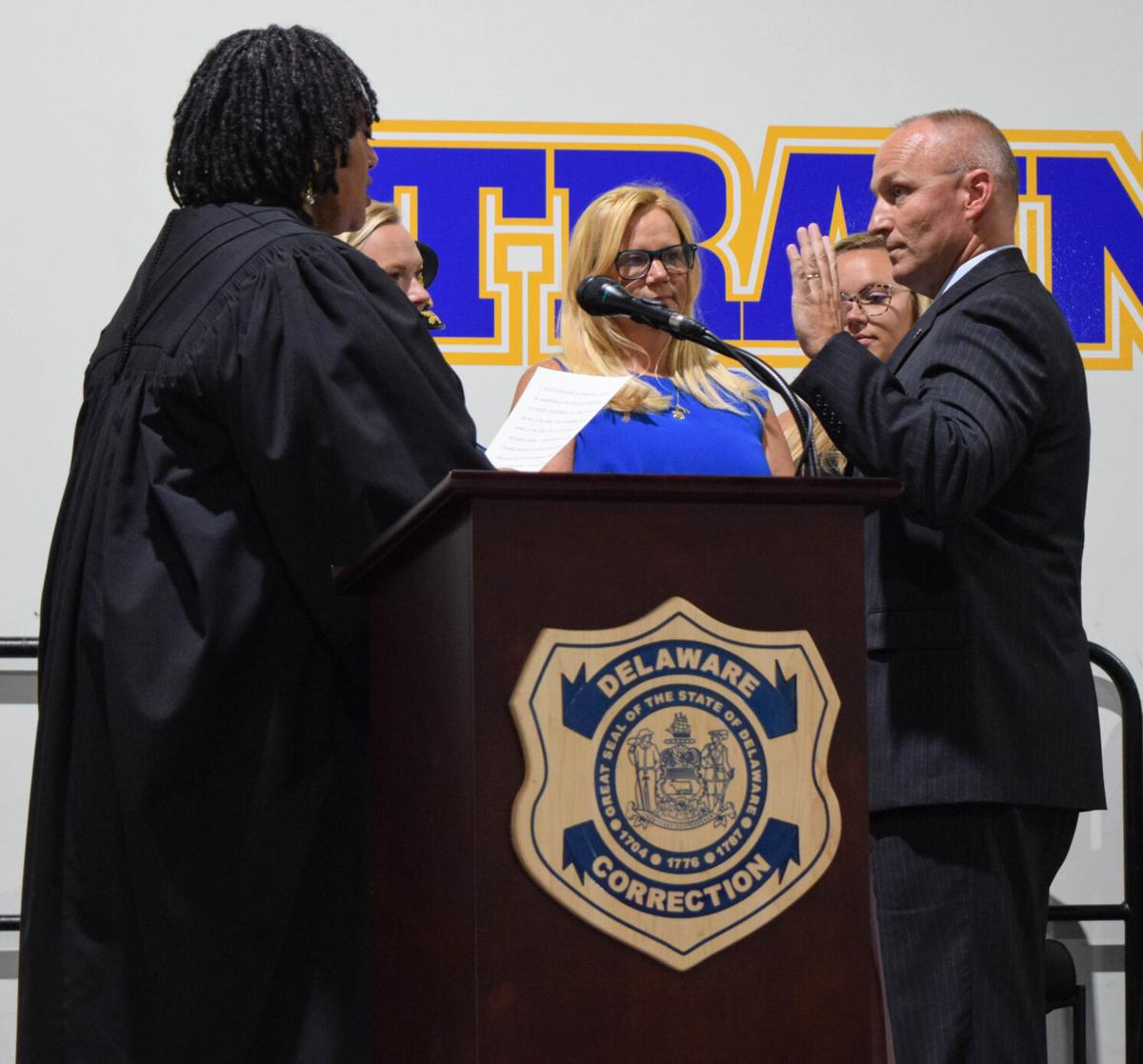 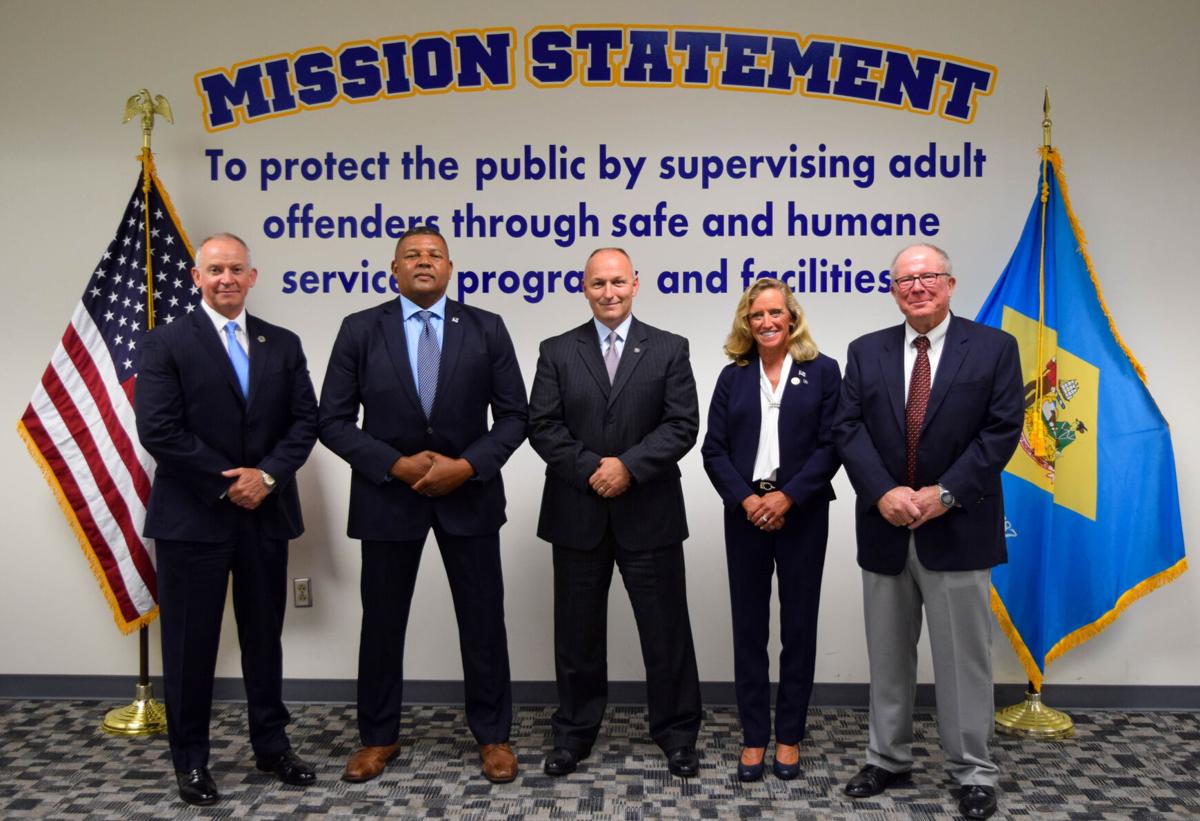 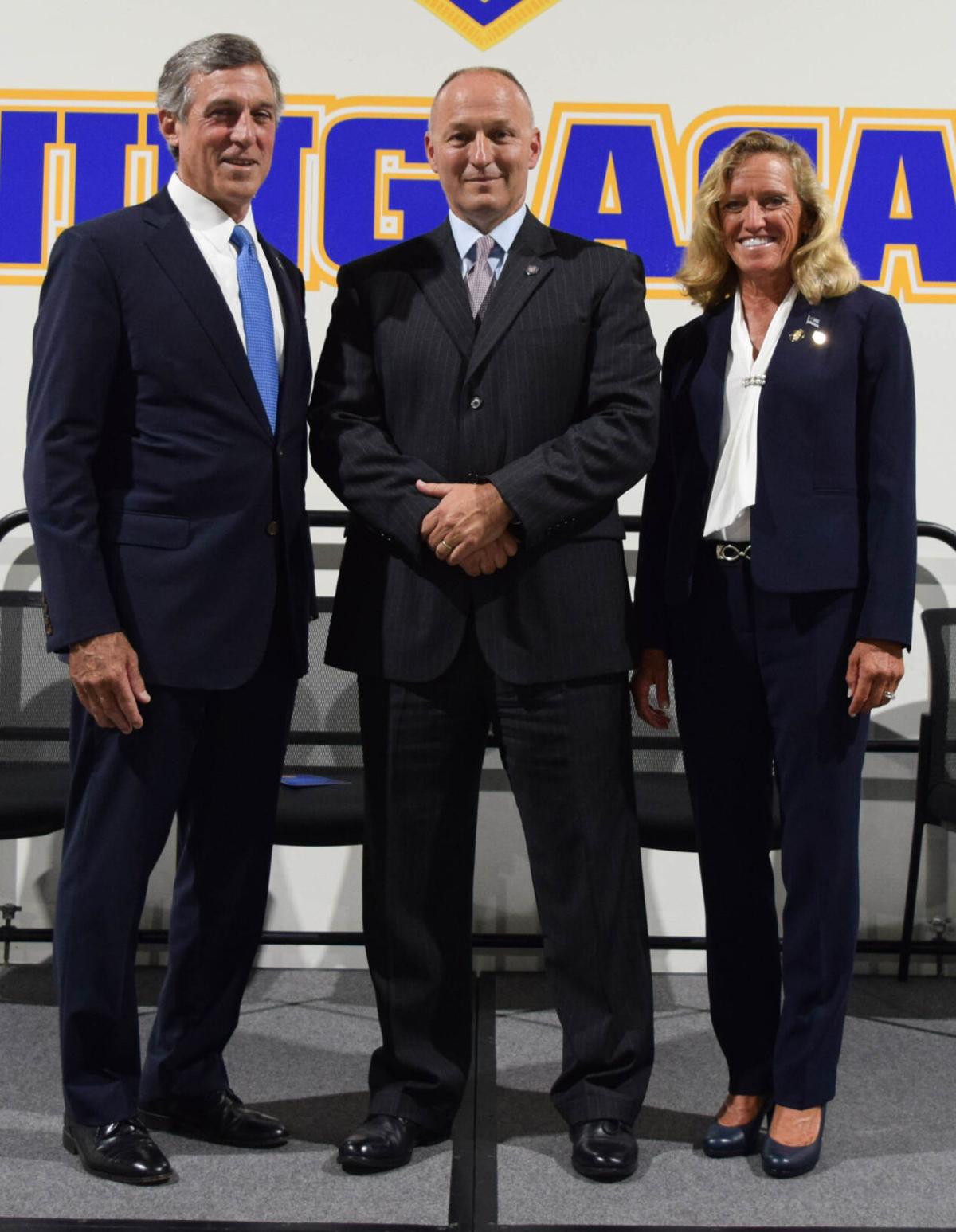 Monroe B. Hudson Jr. took the oath of office recently as the 10th commissioner of the Delaware Department of Correction (DOC) during a ceremony in the department’s Steven R. Floyd Sr. Training Academy in Dover. He was joined by Gov. John Carney, former DOC commissioners, state officials, family, friends and colleagues.

Hudson succeeds former commissioner Claire DeMatteis, who was appointed by Carney in June to a statewide leadership position overseeing federal stimulus funding and crisis management projects. Carney nominated Deputy Commissioner Hudson as the DOC’s next commissioner on June 4 and the Delaware Senate voted unanimously to confirm his appointment as commissioner on June 23.

“Outgoing commissioner Claire DeMatteis has done an incredible job leading the Department of Correction, and that success is based on putting the right people in place, the officers, correctional staff and leadership team, and giving them the resources and training they need to accomplish their incredibly important mission,” Carney said.

“That’s why I also surround myself with smart and capable leaders, leaders like Commissioner Monroe Hudson. He has my unwavering support. He has the support of the General Assembly and our statewide leadership team, and I know he has the support of the men and women of the Department of Correction that will enable him to be successful. Thank you, Commissioner Hudson for your willingness to take on this very challenging position. We know you’re ready and we look forward to your service.”

“The Department of Correction is at the forefront of our state’s work to protect our communities and forge a brighter law-abiding future for individuals who have committed crimes,” Hudson said. “It is at times the most difficult job in public service, but also one of the most rewarding careers.

“The Department of Correction will continue to be laser-focused on achieving our dual mission of public safety and offender rehabilitation through innovative treatment and training programs, strong support for our officers and staff, and collaboration across our department and state government and with community-based supports that keep reentrants on the road to success.”

Hudson recognized DeMatteis for her strong leadership and proud legacy of safety, innovation, and strength. He recognized all DOC employees for working each day in difficult and often dangerous environments with a “can-do” attitude and by working together as a team to implement new programs particularly during the challenges and disruptions of the COVID-19 pandemic.

Hudson outlined his priorities for the state’s largest law enforcement agencies, which include:

• Recruitment and retention. With the strong support of Carney and the General Assembly DOC salaries are higher, training is better, and a career ladder provides more opportunities for growth and advancement, he said. Additionally, he said, the passage of House Bill 80 puts probation officers and correctional officers in a pension plan comparable to state and local police agencies. Those advances, Hudson said, will help the DOC navigate the current national headwinds in law enforcement recruitment.

• Safety, security and employee wellness. DOC will continue to invest in the best training, proper tools and the latest equipment to perform their jobs safely and efficiently each and every day.

• Expanding community outreach and stakeholder engagement. DOC will expand upon the recently-established Citizen’s Academy and Insider Webinar Series by establishing an Honorary Wardens program, coffee with a probation officer, and additional initiatives to educate the public, deepen their understanding of DOC programs and build trust.

• Offender vocational training. DOC’s next step to drive reentry success is an expanded focus on teaching trade skills and knowledge to help offenders get and keep a job when they leave DOC custody, with a focus on in-demand trades that local employers need right now. That includes a new vocational skills center at James T. Vaughn Correctional Center and a project to bring hands-on training in culinary and the construction trades to Howard R. Young Correctional Institution.

• Leveraging new technology to make DOC operations more efficient and improve the ability to make critical data-driven decisions. Through DOC’s state-of-the-art Intelligence Operations Center and 2,600 new cameras installed since 2017, the ability to gather and share intelligence is stronger than ever before, Hudson noted. DOC will embrace new technology to conduct analysis across sources of data to help guide staff deployment, make inmate classification and housing decisions, and respond to offender grievances, disciplinary trends and other early warning systems, he said.

Hudson has served as deputy commissioner since July 2019 following a 31-year career at the Delaware State Police, where he attained the rank of lieutenant colonel. After joining DSP and completing his academy training in 1988, he earned rapid promotions from trooper to detective, corporal and subsequently sergeant, with an assignment to the Delaware State Police Governor’s Task Force.