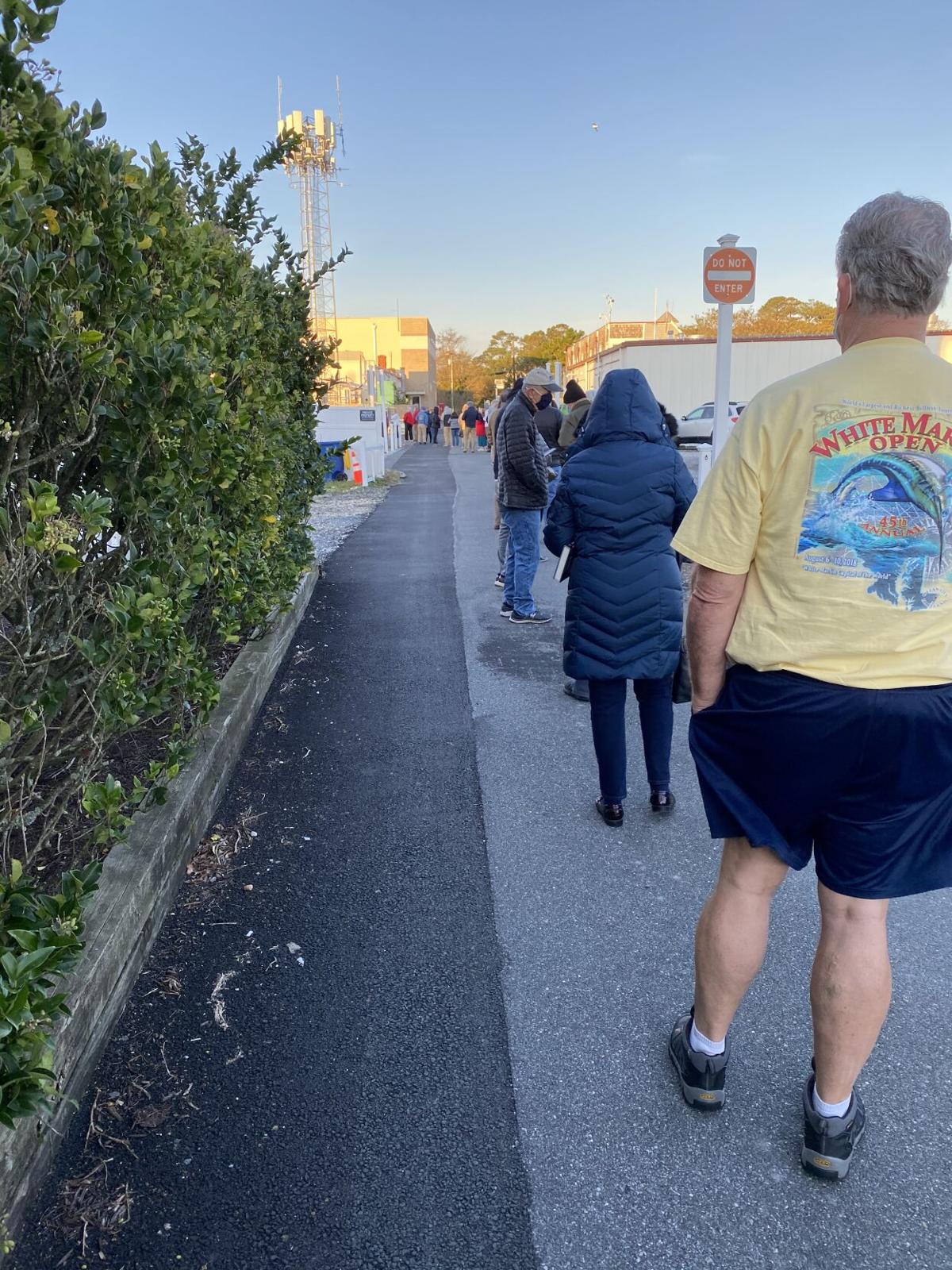 Voters line up at 6:45 a.m. in Bethany Beach, ahead of polls in the 2020 general election opening, with about an hour's wait ahead of them. Voting will continue until 8 p.m., with the option for absentee and mail-in voters to return their completed print ballots to the Sussex County Department of Elections office in Georgetown before 8 p.m. 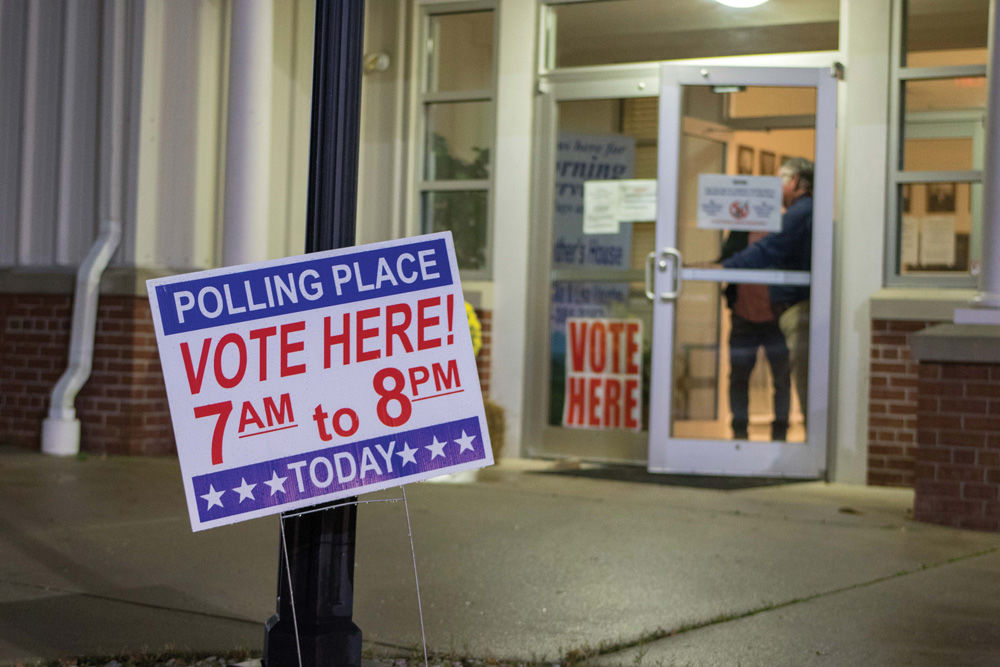 Many Delawareans have already cast ballots in the 2020 general election. But for everyone else, it’s time to either return that absentee ballot or visit their assigned local polling place on Tuesday, Nov. 3, anytime from 7 a.m. to 8 p.m.

Eligible voters in Delaware must be a state resident; a U.S. citizen; at least 18 by Election Day; and registered to vote in Delaware. Voter registration closed for the 2020 general election in mid-October.

Southern Sussex County voters may be voting for the following offices and candidates:

• Howie Hawkins and Angela Walker (Green Party of Delaware); and

All in-person voters should expect to wear masks and socially distance, according to COVID-19 precautions, on Nov. 3. If indoor spaces fill up, voters may need to wait in line outdoors. To protect the public and poll workers, there will be face shields, hand sanitizer, rubber gloves and alcohol wipes for the voting machines. However, voters will come within 6 feet of poll workers during sign-in and during the machine tutorial.

Delaware does not require official ID cards to vote, but poll workers will need some proof of identity, such as a driver’s license or state ID card; U.S. passport; signed polling-place card; signed Social Security card; signed vehicle registration; signed credit card with photo; or a similar document that identifies the person by photo or signature. Anyone who prefers not to or is unable to show some form of ID must instead fill out an affidavit before voting.

Handicapped-accessible polling places and voting machines are available. Voters who need assistance can inform the election officers at the polls. Voters with special needs may also bring someone to assist them in the voting process.

Absentee voting is available to those qualified voters who are unable to appear at their assigned polling place on Election Day. Vote-by-mail is a temporary expansion of that, put in place by the state to reduce the coronavirus’ spread.

The official deadline to request a ballot by mail is noon on Friday, Oct. 30. However, voters may need to hand-deliver the resulting ballots back to Georgetown to meet the Nov. 3 deadline for voting. The deadline for all voting is Tuesday night.

Absentee and mail-in ballots cannot be dropped at regular polling places. Those mailed ballots must be received by the Department of Elections in Georgetown by 8 p.m. on Nov. 3 (voters can confirm that the ballot was received by checking https://ivote.de.gov). There is also a 24-hour drop-box at the back of the building for hand-delivery of ballots. Registered voters can return completed, sealed and signed ballots in the care of another person.

However, if individuals are unable to deliver their completed absentee ballot on time to Georgetown, they can still physically vote at their regular polling place. A belated voter can visit their regular polling place on Election Day, and the staff will check the voter’s record, which will require extra time to verify. If the record shows that no ballot was collected, the absentee ballot will be voided and the voter can proceed to a voting booth. If they vote and their ballot does belatedly arrive in Georgetown, the second ballot will be rejected. Introduced in 2019, the state’s new electronic sign-in system keeps track of who has voted, to prevent people from double voting.

Absentee voting will also be available by in-person appointment in the Department of Elections until noon on Monday, Nov. 2.

Americans have long fought for the right to vote, so the Selbyville Community Club is reminding residents to cast their ballots. To celebrate …

Elvis is in the building

Christmas has arrived at the New Life Thrift Store