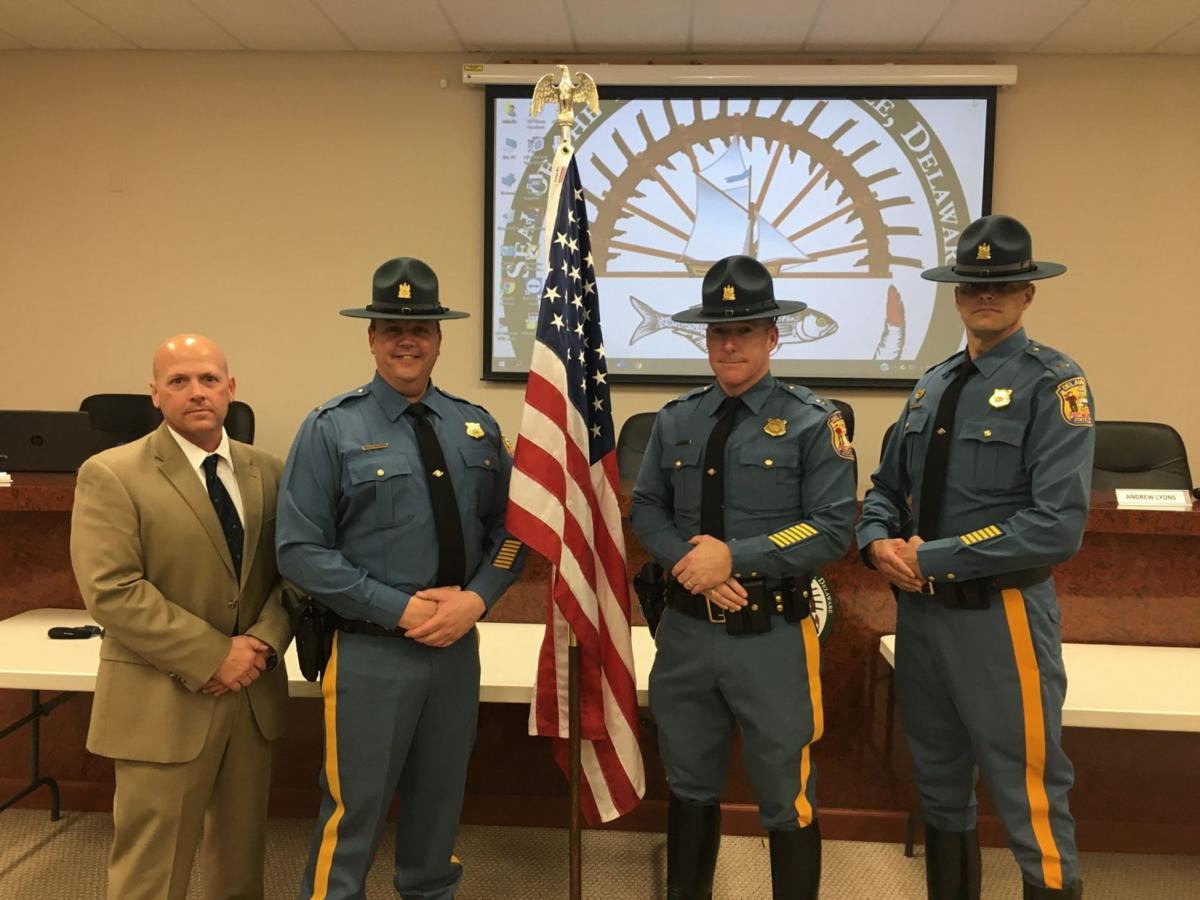 Delaware State Police officials from Troop 4 in Georgetown present a review of their activities in the area in 2019 at Millville Town Hall on March 11. Their top takeaway for the public: Lock your car doors. 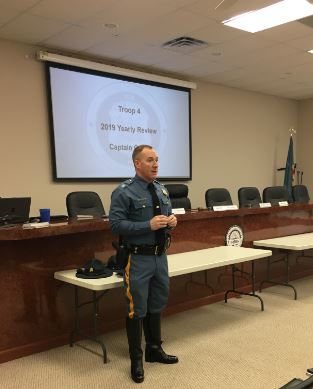 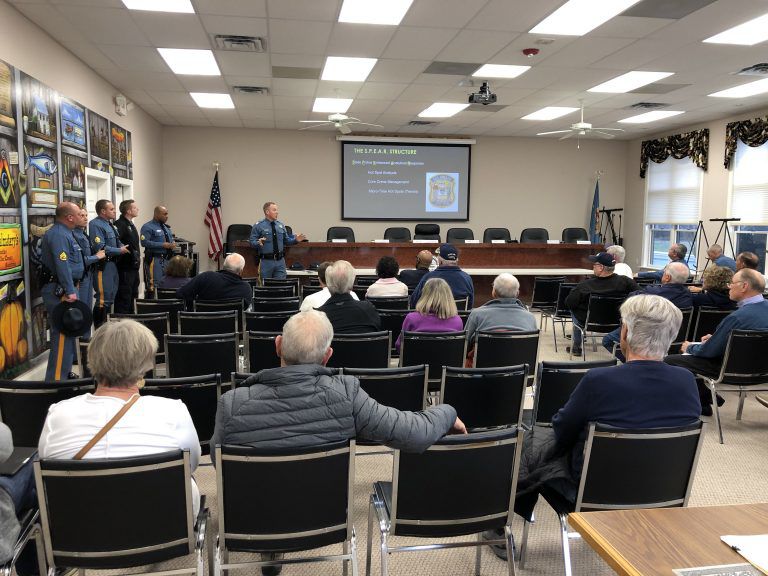 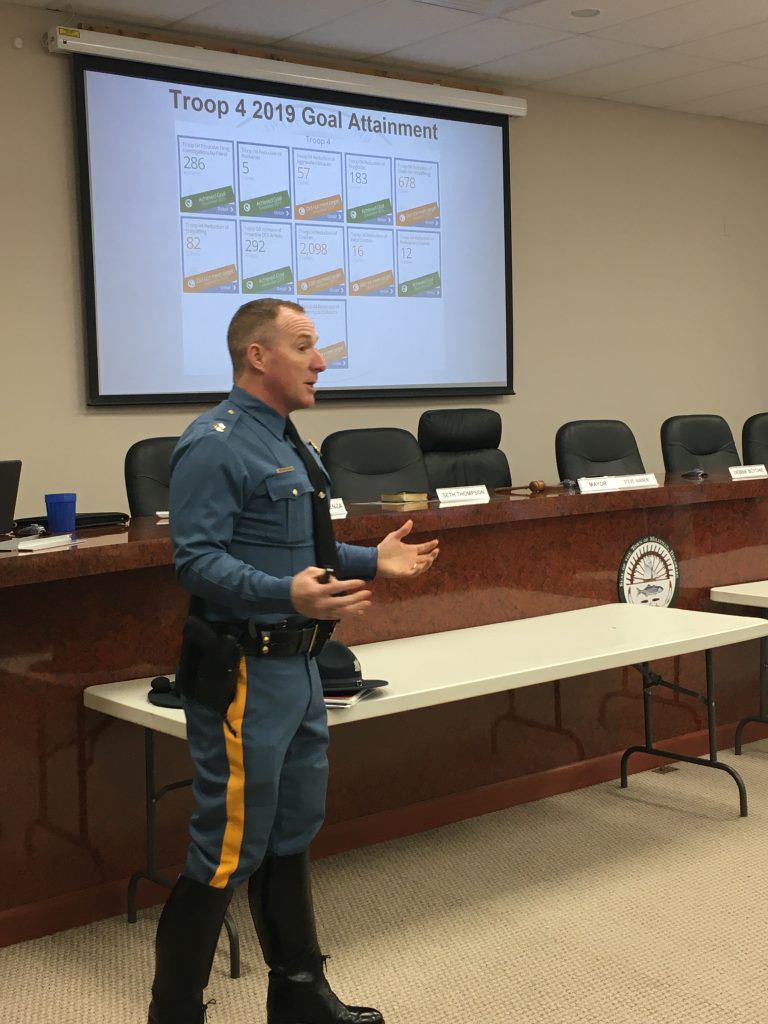 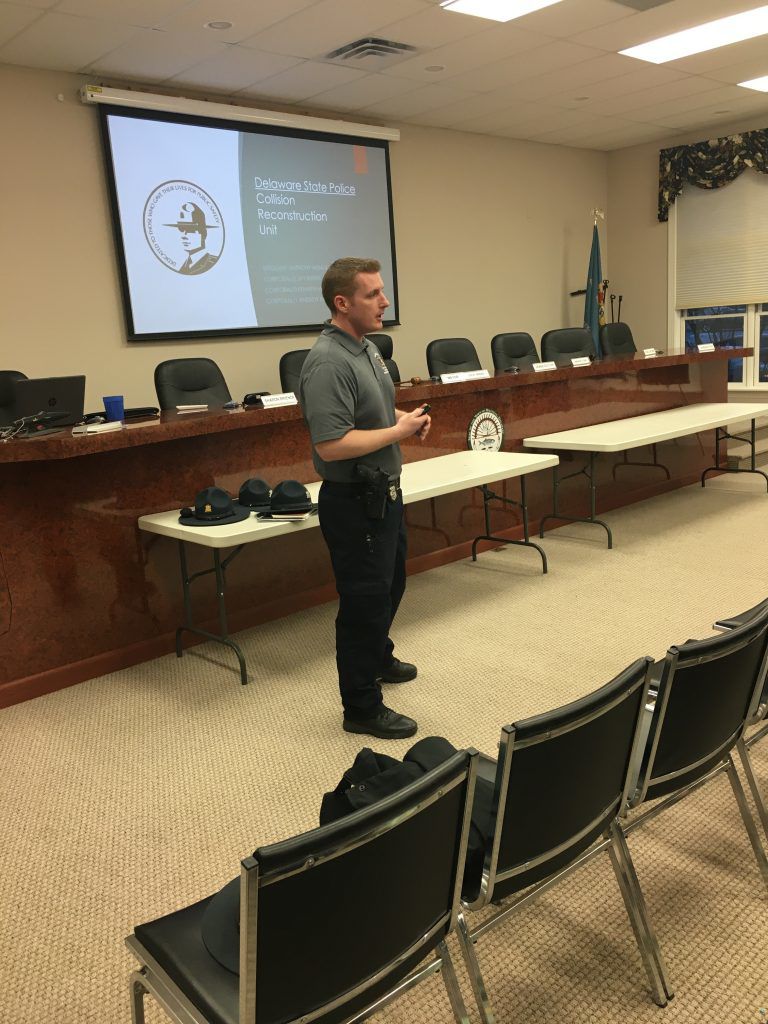 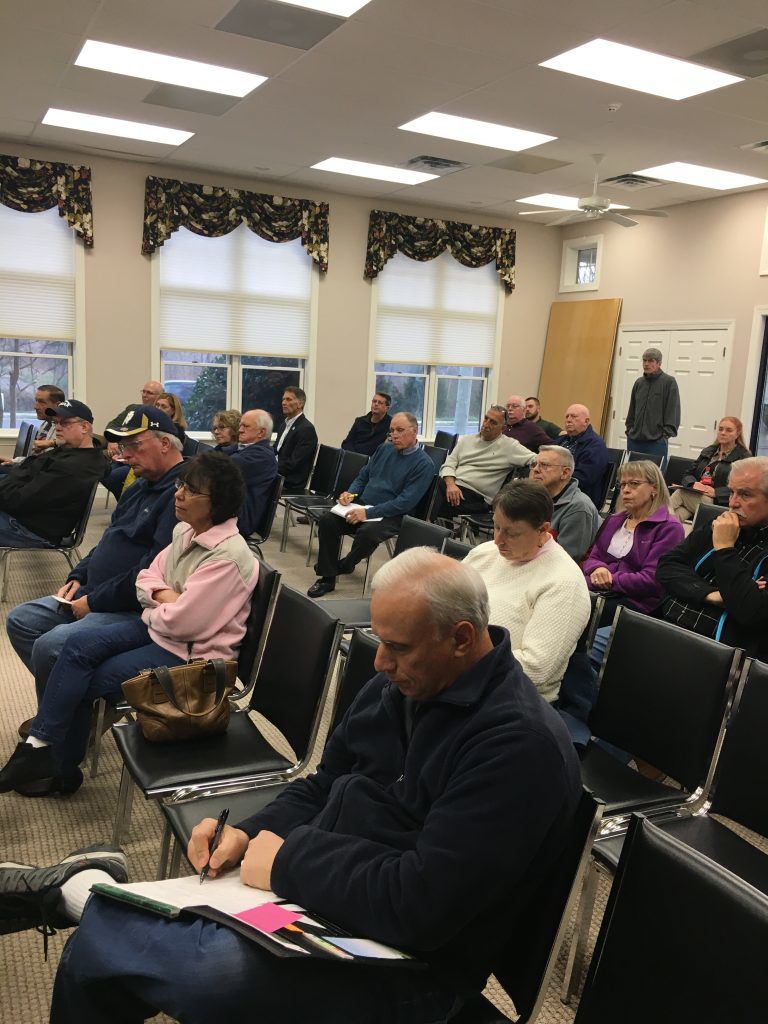 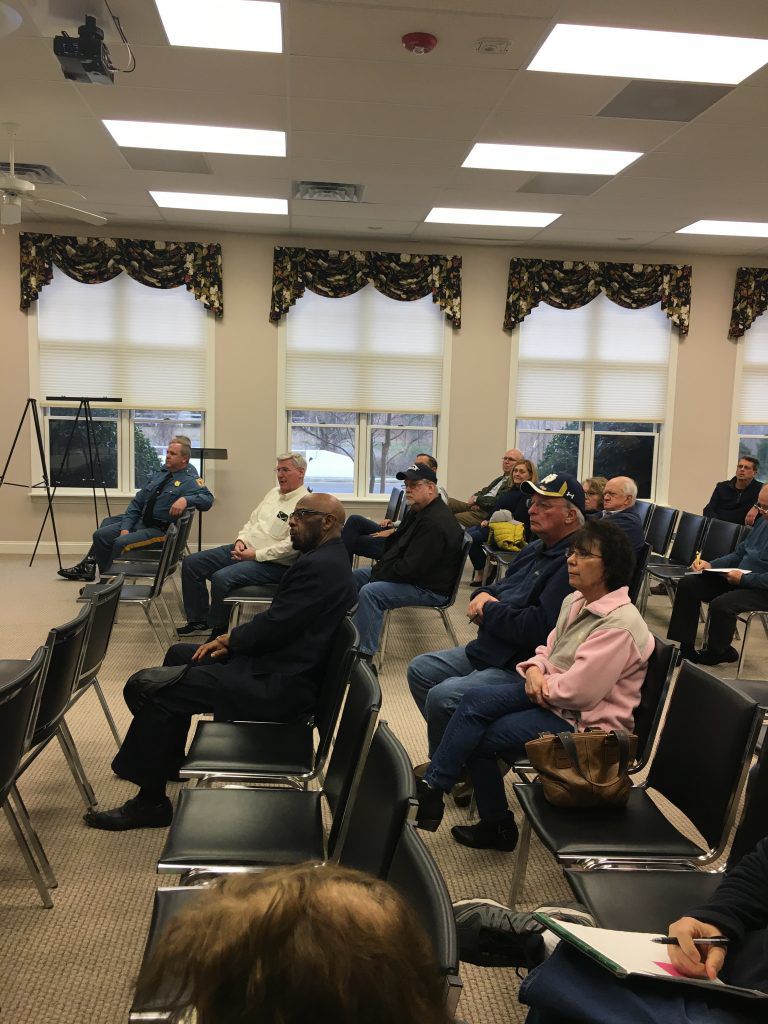 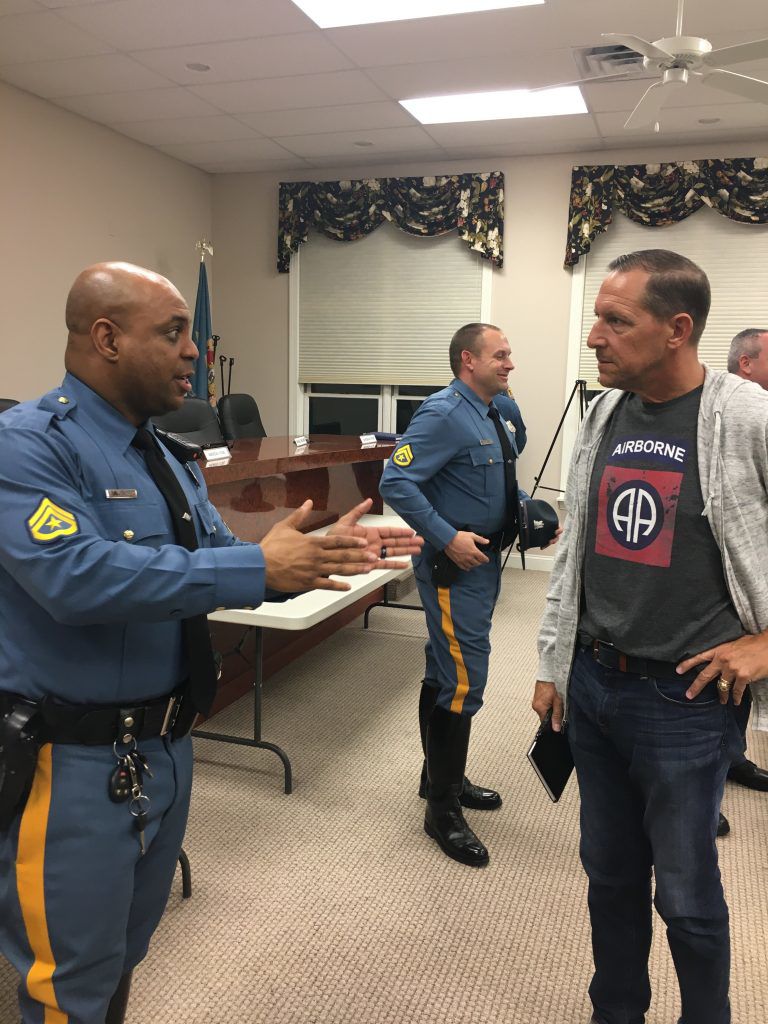 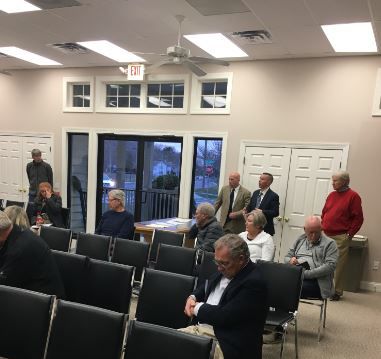 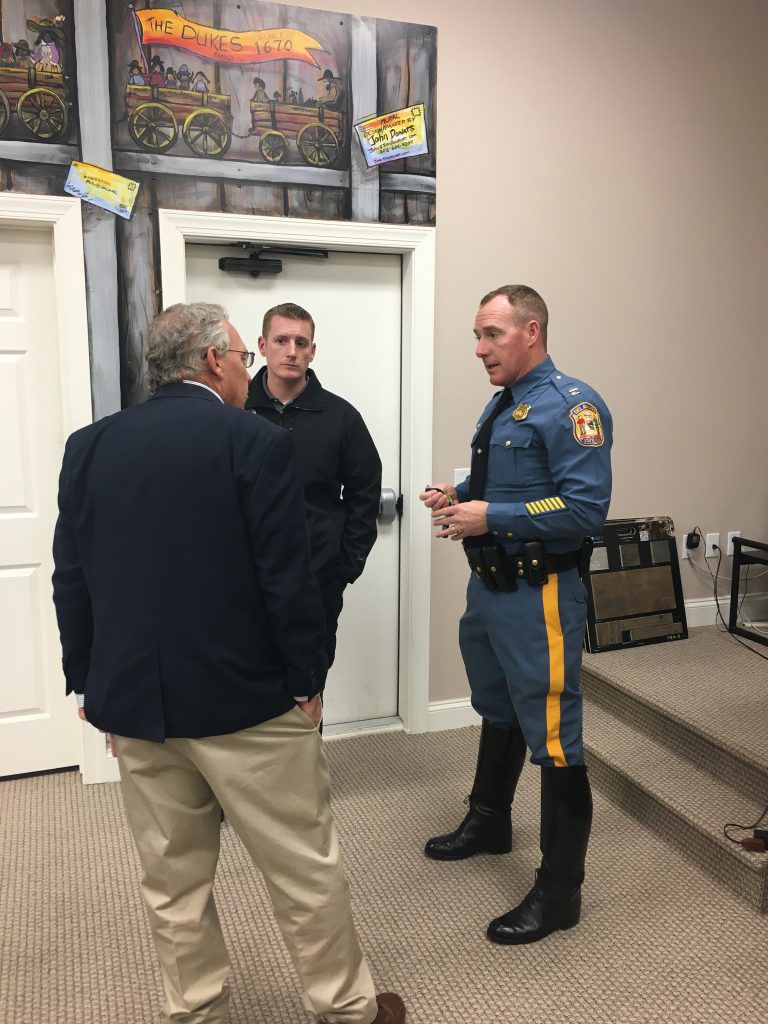 Delaware State Police officials from Troop 4 in Georgetown present a review of their activities in the area in 2019 at Millville Town Hall on March 11. Their top takeaway for the public: Lock your car doors.

If there’s one message Delaware State Police Capt. William Crotty wants people to get from his presentation on the DSP’s major activities in 2019, in the territory served by Troop 4 in Georgetown, that’s it.

Crotty led the presentation at the Millville Town Hall on Wednesday, March 11, as a way for the state police to engage and inform the public.

Troop 4 serves the area between the Indian River Inlet and the Maryland state line, and west to about five miles west of Route 113, north to Milford.

While he told the residents attending the meeting that, by and large, they live in a “ridiculously safe community,” Crotty said there are certain times when cars are broken into 20 to 30 times a night in the area. In all of last year, he said, there might have been one case where a car window was broken to gain access to the car.

“Please, lock your cars,” he urged the residents. He said Millville was one of several “micro-time hotspots,” or areas where there were multiple car break-ins within a short amount of time, in 2019.

Crotty explained that the state police, each year, set goals for a number of response areas. The goals, he said, are based on algorithms using 15 years’ worth of data.

“If you don’t write down goals, you can’t accomplish them,” he said. “We push ourselves to try to have the best possible environment for you, the citizens.”

The goals and objectives are managed by the DSP Real Time Crime Center in Dover. The data includes that of local police departments, as well as state police.

This year’s goals, versus actual responses, are a mixed bag, Crotty said.

For example, the “goal” for fatal crashes was a 6 percent reduction. The “actual” number represented a 61 percent increase.

Burglaries, meanwhile, decreased by 8.5 percent, whereas the “goal” set by the state police had been a 5 percent decrease.

The existence of videos from residential camera systems is helping police to solve crimes more and more, Crotty said.

Troop 4 has been able to solve 57 percent of its robbery cases, as opposed to 10 percent nationwide. There were five robberies — meaning something was taken directly from a person, rather than from someone’s property — last year in Troop 4 territory.

He said troopers within the jurisdiction attained a 14 percent increase in “pro-active” drug arrests — which means actively pursuing and finding those who are selling drugs in the community.

When reviewing crash data from 2019, Crotty said “driver behavior” was the top contributor to all types of vehicle crashes. Those include driving under the influence of drugs or alcohol and distracted driving.

“Well over 50 percent of all these collisions are associated with driving behavior,” Crotty said.

Speaking about use of cell phones while driving, Crotty cited a study that indicated that “it’s not necessarily whether you have it up to your ear, but it’s the type of conversation that you’re in,” he said.

“People can get lost in their conversation. So if you’re driving around and you’re going to have a deep, meaningful conversation, pull over.”

Troop 4 investigated six more fatal collisions in 2019 than 2018, including what Crotty called a “cluster right around Frankford.” What the state police found when examining the causes of those accidents, he said, was that each one had “a completely separate type of involvement in it” — there was no one cause that connected them.

The state police partnered with the state Department of Transportation to determine whether there are changes that can be made, particularly at the intersection of Daisey Avenue and Route 113. Results of that study have not been released.

The Delaware State Police releases its annual report containing more precise information on its activities for the year at the end of June.

In its first in-person meeting in three months, the Millville Town Council opted overwhelmingly this week against hiring a consultant to help …

Delaware schools have permission to open in hybrid scenario