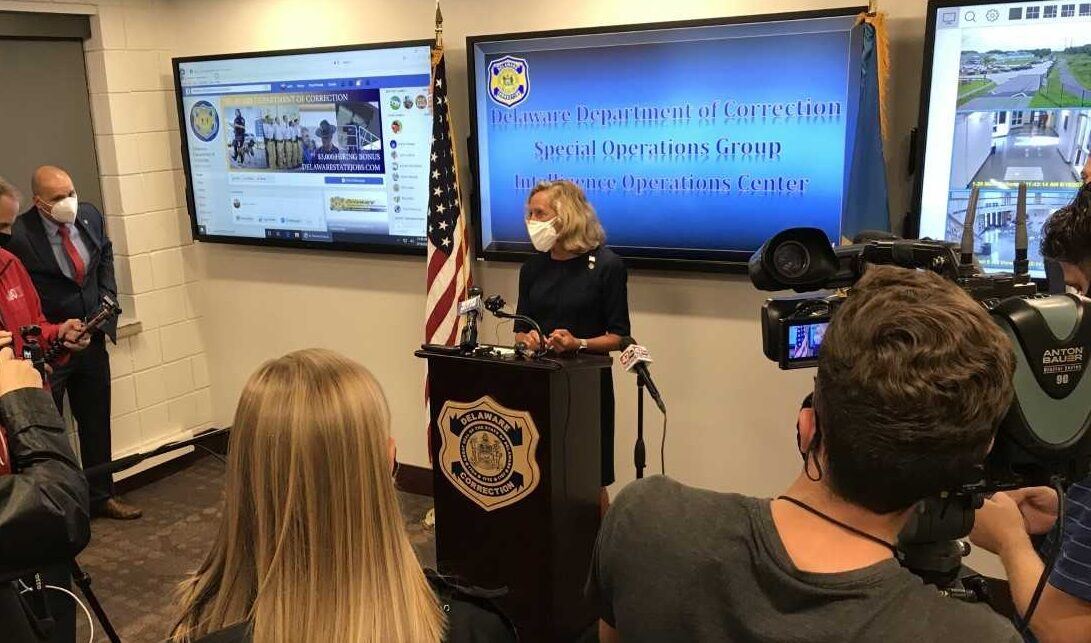 Department of Correction Commissioner Claire DeMatteis speaks at the official opening of the DOC's new Intelligence Operations Center, which is tasked with identifying security threats across DOC facilities, assess them and proactively act to mitigate them. 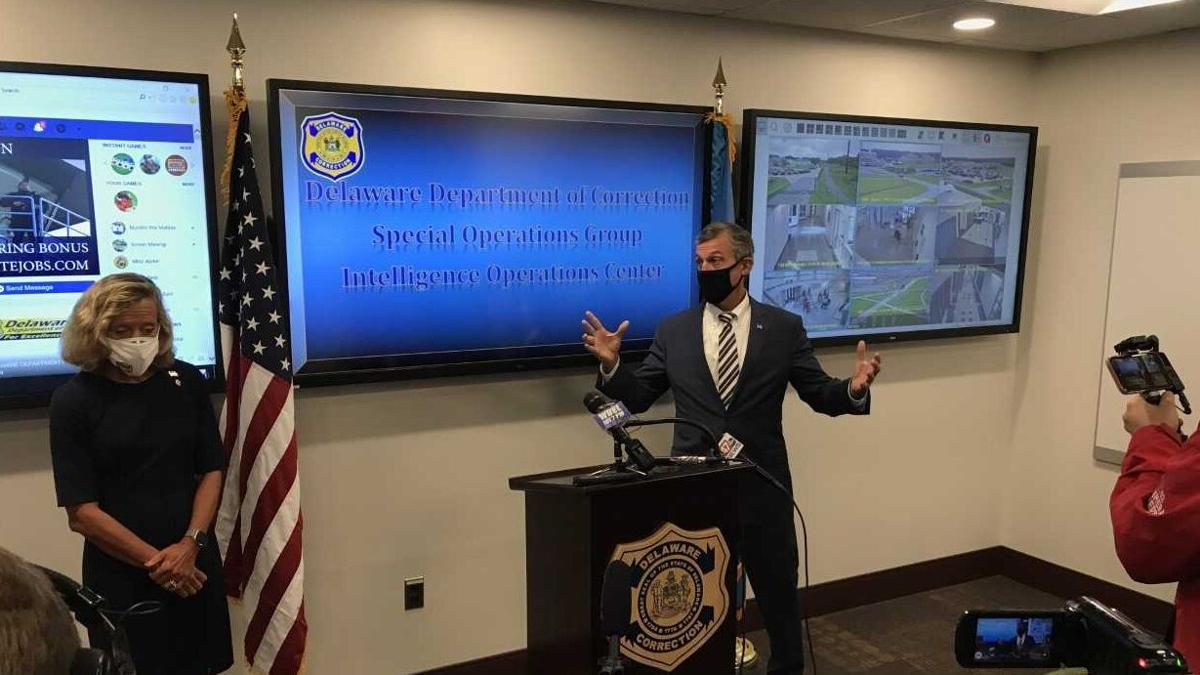 Gov. John Carney speaks at the official opening of the DOC's new Intelligence Operations Center, which was created as part of efforts to improve correctional-system safety in the wake of the 2017 prison uprising at the James T. Vaughn Correctional Center and the murder of Lt. Steven Floyd, and is tasked with identifying security threats across DOC facilities, assess them and proactively act to mitigate them.

Gov. John Carney this week joined state correctional leaders to open the Department of Correction Intelligence Operations Center (IOC). The statewide facility, operated by the Special Operations Group within the Bureau of Prisons, positions the DOC with new resources to identify security threats from across facilities, assess them and proactively act to mitigate them, officials said.

“We made a commitment after the 2017 uprising and murder of Lt. Steven Floyd that we were going to do the hard work to make our correctional system safer,” Carney said. “This Intelligence Operations Center demonstrates how far the DOC has come by investing in technology and people, embracing a new organizational approach, and placing top-notch management across its facilities to better meet its important mission.

“Thanks to a lot of hard work and this new cutting-edge facility, we have a much greater ability to know what’s going on behind the walls and that’s keeping our correctional officers and inmates in our custody safer than they have ever been.”

“Consistently over the past three and a half years, the Department of Correction has been focused on strengthening safety and security, improving recruitment and retention of officers, improving programming and services for inmates, and modernizing our Intelligence operations through better intelligence gathering and sharing,” DeMatteis said.

“This statewide Intelligence Operations Center and its experienced team of officers and analysts enables us to take another leap forward in leveraging human intelligence together with the latest technology to prevent another inmate-led riot that could harm, or worse, an officer, counselor or inmate.”

DOC’s Intelligence Operations Center taps into access to thousands of surveillance cameras, human intelligence, tips from employees, and other sources to gather information and synthesize it into concrete recommendations for action. Its team of 12 employees, including intelligence analysts and field investigators, partner with security staff at the facility level to focus on gang-related affiliations and activity among inmates, contraband detection, organized criminal enterprises, isolated threats by individuals and more.

The DOC Intelligence Operations Center, a stand-alone facility in the Dover area, is located in a state-owned building that was transferred to the Department of Correction late last year. It opened officially this week after being equipped over the past several months for its new mission.