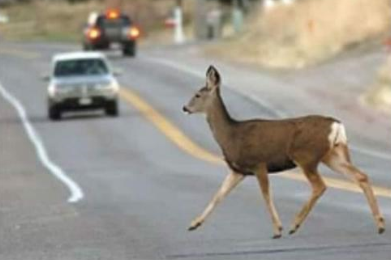 Delaware State Police are reminding motorists to take extra care at this time of year, when vehicle collisions with deer are at their peak. 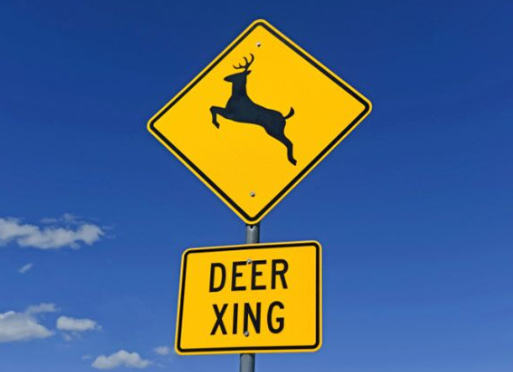 Delaware State Police are reminding motorists to keep an eye out for deer crossing the road as the peak of deer-vehicle collision season arrives. Where people see one deer, there are often more nearby. 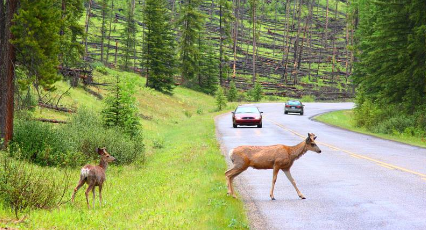 Police urge motorists to pay close attention and drive cautiously in areas where deer may appear alongside the roadway, and to remember that where there's one deer, there are often more.

Delaware State Police this week reminded motorists that the deer rut and hunting season is in effect, as part of the DSP's effort to help prevent the spike in deer-related crashes that typically occur every fall in Delaware. They offered the friendly reminders in hopes of keeping drivers safe, more alert and also leading them to slow down during this specific time of the year.

The majority of deer activity resulting in crashes occurs during the dusk and dawn hour on main roads, as well as back roads, police noted.

Motorists were advised to be careful when traveling and keep a sharp eye out for deer crossing roadways, especially at dusk. Deer are even more active due to their annual mating season “rut” in November, with bucks chasing doe through fields, marshes and woods. The average white-tailed deer in Delaware weighs approximately 130 pounds, with larger bucks tipping the scales at 180 pounds or more. With the increased white-tailed deer activity, Delaware motorists were urged to stay alert and to be ready for a deer to dart out into the roadway from dusk to dawn.

A deer crash can result in serious injury or death to a driver or their passengers, as well as serious damage to their vehicle.

Attentive driving and slow speeds are the best ways to avoid deer crashes, police noted, and to reduce risk of injury in a collision, drivers and passengers should always wear their seatbelts.

Turn headlights on at dawn and dusk and keep eyes on the road, scanning the sides of the road as well as what’s ahead. When there is no oncoming traffic, switch to high beams to better reflect the eyes of deer on or near the roadway.

Watch for “Deer Crossing” signs that mark commonly-traveled areas, and be aware that deer typically cross between areas of cover, such as woods or where roads divide agricultural fields from woods.

If motorists see a deer crossing the road ahead, they should slow down immediately and proceed with caution until they are past the crossing point. Deer usually travel in groups, so if motorists see one deer, there are likely to be others.

Slow down and blow the horn with one long blast to frighten deer away. Do not rely on devices such as deer whistles, deer fences and reflectors to deter deer, as these devices have not been proven to reduce deer crashes.

Do not feel more secure on highways just because they are better-lit than back roads, police said, as speeds are higher and deer eyes are more difficult to see on highways — so drive cautiously and remain alert at all times.

Do not take eyes off of the roadway. It’s that split second of changing the radio channel or reaching for something that can make the difference to avoid a deer.

Do not swerve to miss a deer — brake and stay in the lane. Losing control of the vehicle, crossing into another lane, hitting an oncoming vehicle, or leaving the roadway and hitting another obstacle, such as a tree or a pole, is likely to be much more serious than hitting a deer.

If a driver hits a deer, they should stop at the scene, get their car off the road if possible and call police. Do not touch the animal or get too close.

“A frightened and wounded deer can cause serious injury to a well-meaning person trying to ‘help.’ You could be bitten, kicked or even gored by a buck’s antlers. Keep a safe distance and wait for troopers to arrive.”

Numerous Delaware hunting and trapping seasons are open in December of 2020, including the third and final duck hunting season split that open…