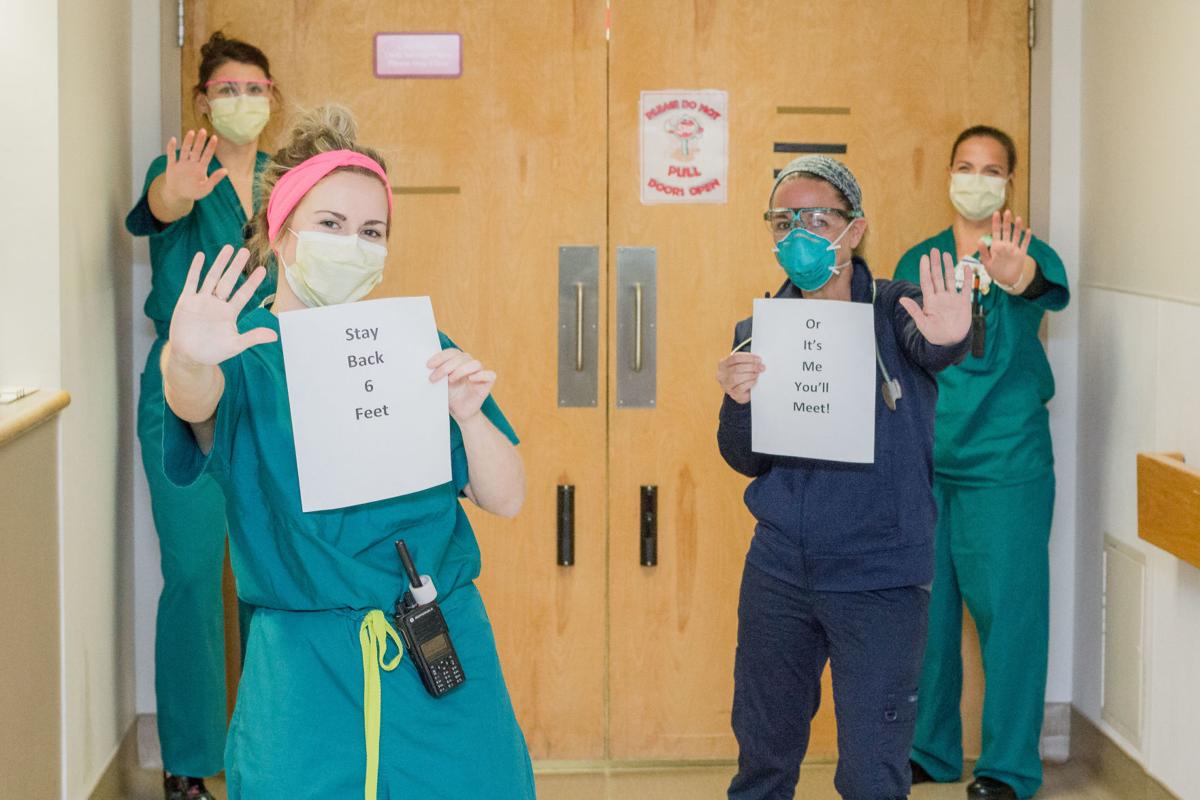 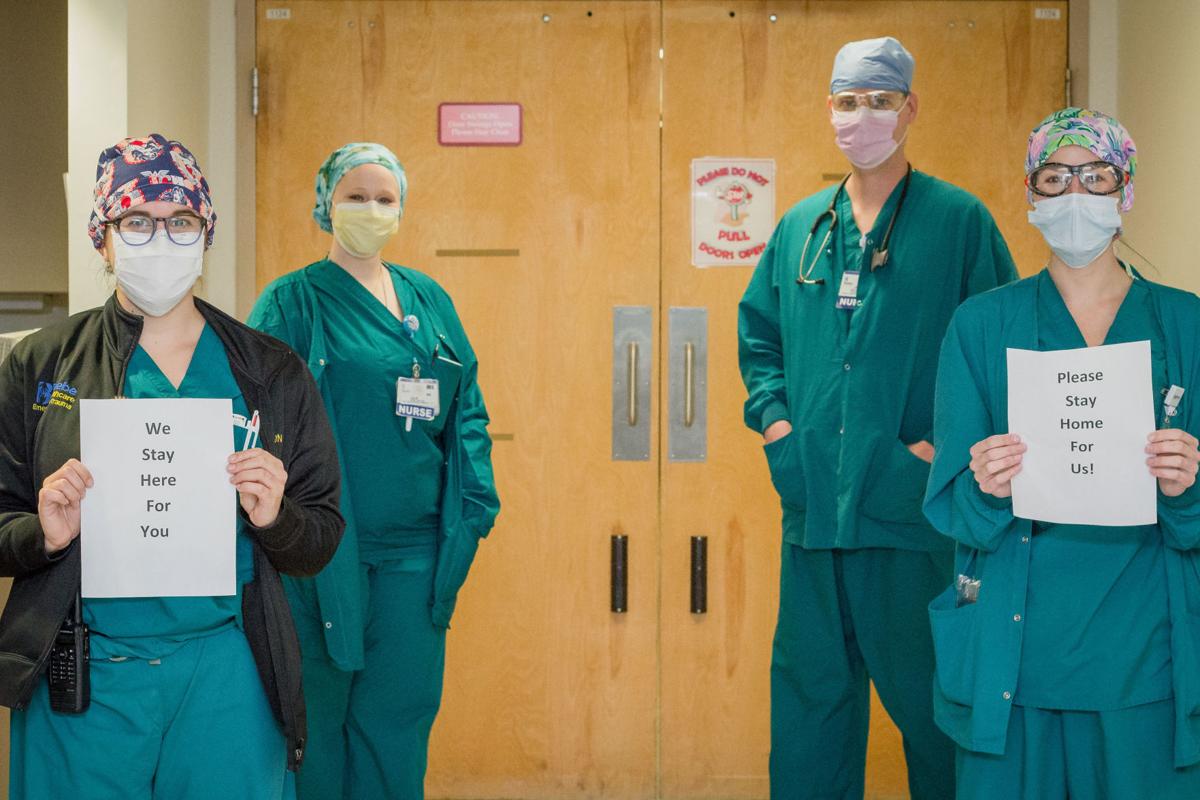 Beebe hopes to share stories from the front lines, highlighting team members and sharing their experiences with the community during this pandemic.

As the coronavirus crisis began to unfold in Sussex County, Beebe Healthcare’s emergency department had received many donations of food, snacks and supplies from the community. Travis — a registered nurse with nearly 15 years of experience in the emergency department, who is also a photographer — had the idea to take pictures of her fellow nurses to include in thank-you cards to those who donated.

“It really feels good to put a face to who you’re serving,” Travis said.

She brought her camera to work one night and jumped on the Emergency Department (ED) radio after her shift in early April, asking for people who were interested in taking some pictures to represent ED nursing.

Travis initially took a larger group photo, but moved into more individual shots, though the plan wasn’t necessarily to include those with the thank-you cards.

“Having fun during this is definitely a good thing, but I also wanted to get some shots of the reality,” she said. “I wanted to give people a look inside some of the things that we’re doing and how we’re feeling.”

Travis said the anxiety is palpable in the emergency department.

“Right now, it’s the calm before the storm,” she said in early April. “We can feel it brewing, and we know things are going to happen. We’re just waiting for it to start pouring.”

The thank-you notes project inspired her to bring her camera to work on a regular basis. That ways, she said, she’s always ready after a shift if she sees something that inspires or moves her, and she can more easily recreate a scenario that really captures what she and her fellow nurses are going through.

“We’ve learned a lot from this experience so far,” Travis said of the COVID-19 pandemic. “We haven’t been overwhelmed or without resources or enough staff. We’re learning more and more each day. I think it’s really brought us together as a team.”

For more information about Beebe Healthcare, go to www.beebehealthcare.org.