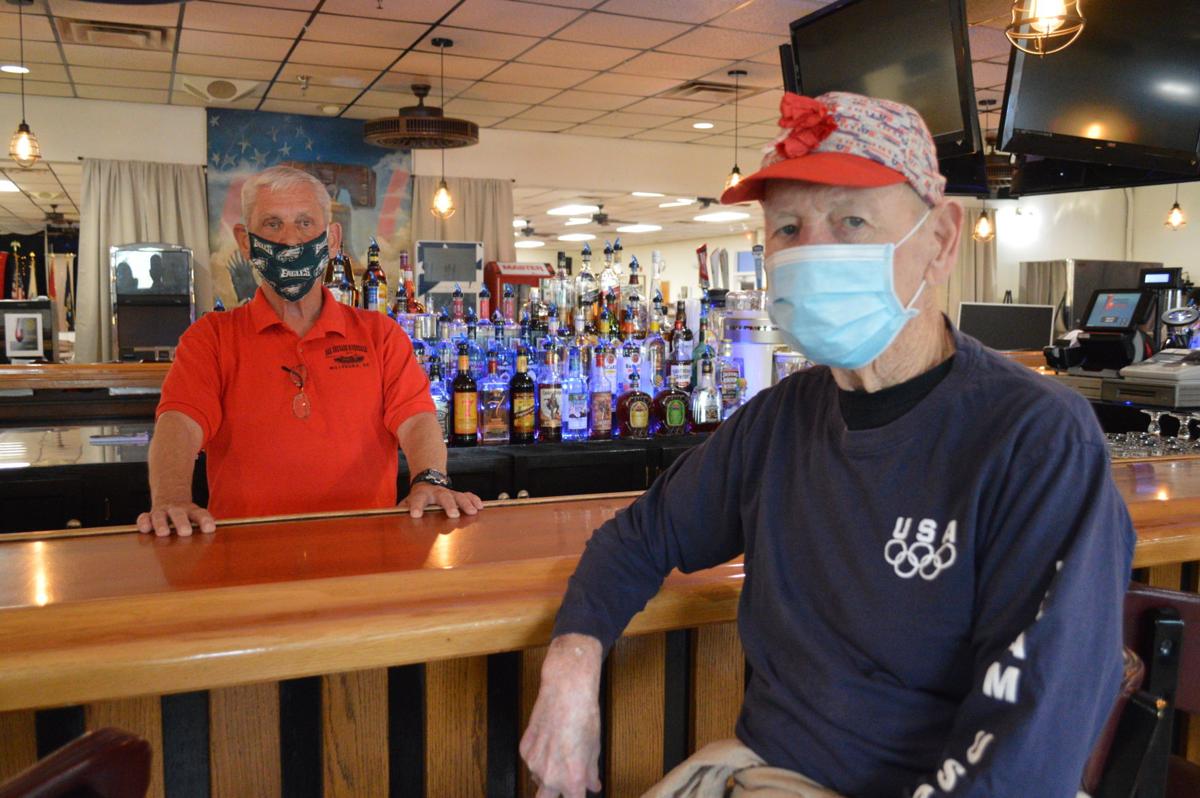 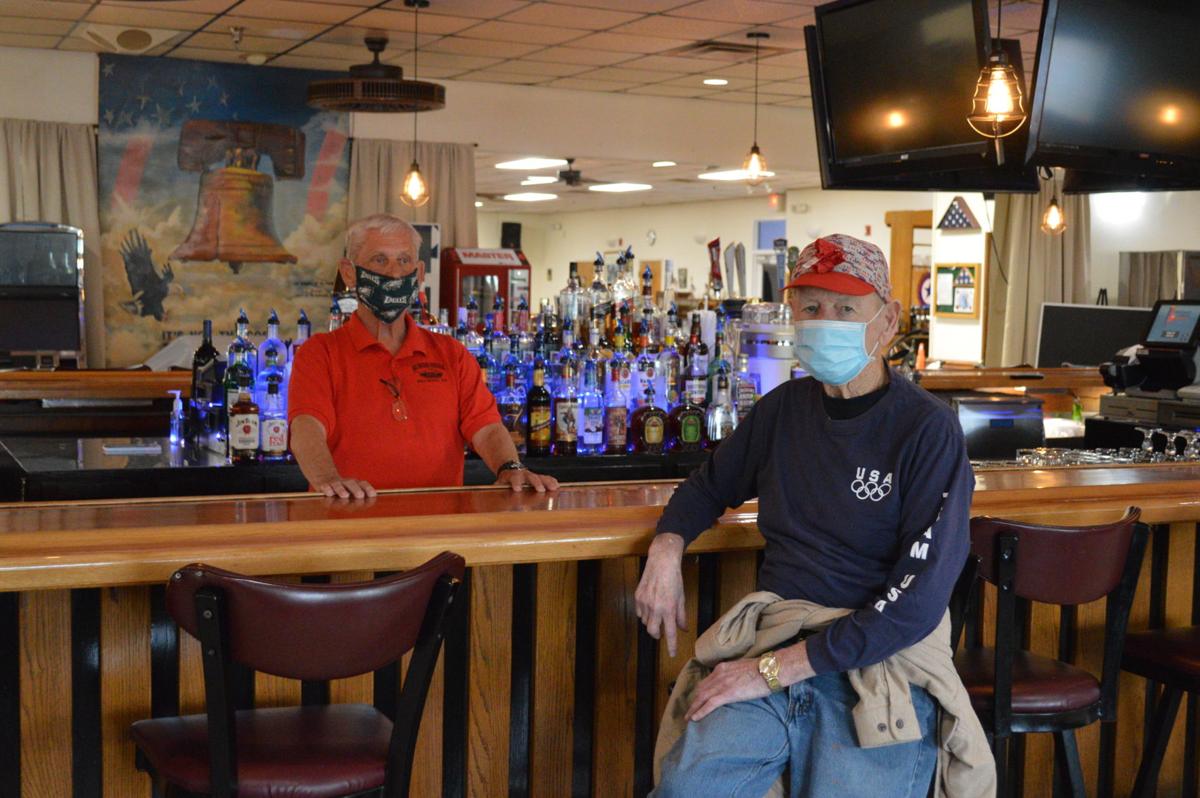 Sometimes building a community is just a matter of choosing the same seat each day. For two different men, the bar at American Legion Oak Orchard/Riverdale Post 28 has been a place to serve, sip and surround themselves with friends.

Ed Szymanski takes his favorite seat at the far end of the long oval bar every afternoon at happy-hour, where he’s met “a lot of friendly people. It’s easy to make acquaintances. … I’m a listener, though.”

Nearby, bartender Danny Scheidk has been slinging drinks here for 29 years.

Szymanski is now retired after a lifetime career at chemical manufacturing companies. He was just a child in the 1940s when he joined the Sons of the American Legion.

Meanwhile, Scheidk joined this Legion because “My best friend was the bar manager here. We were both firemen back in Pottstown [Pa.],” where Scheidk also tended bar.

He said he doesn’t necessarily have a favorite concoction.

“Whatever they ask for, we try to make ’em happy. … This is where they meet to sit and talk,” said Scheidk, a volunteer and paid employee who still works his regular maintenance job.

How does he stack up as a bartender?

Both men migrated to Sussex County decades ago and, like so many others, felt at home in what has become approximately the fifth-largest Legion post nationwide.

“All my friends are here. I got to meet a lot of people in my 29 years,” Scheidk said. “This is a great place, a lot of good people.”

Wearing face masks and sitting round a table, the men glanced around the hall, which volunteers renovated during the two-month state-of-emergency closure. They were counting down to June 15, when the State would relax COVID-19 pandemic precautions, so both the restaurant and bar could (carefully) welcome guests once again.

“This is our home. My fondest memory was when we had the Polish-American dances. We packed the place,” said Szymanski, with fond memories of both orchestras and bar sing-alongs, with some Legionnaires pulling out the boom-ba — a loud percussion instrument that is essentially a wooden pole covered in bells, snares or tambourines. “We just sang and carried on, and it was a fun afternoon.”

The Legion is a place of service, supporting veterans or their surviving family members, with everything from food or funding to constructing a handicapped-access ramp at someone’s home. Then they celebrate the friends and fellowship, with picnics and pig roasts.

These people do good work, but they keep coming back for the people.

The kitchen is also open daily to the public, following State rules for carry-out and restaurant seating.

“We never have a problem getting volunteers,” Szymanski noted.

“This is a meeting place for a lot of people,” Scheidk said. “I just wish more of them would join. A lot of the younger [veterans] coming back haven’t gotten involved here yet, and we’re all looking forward — they’re all welcome.”

“They don’t know how fun it is,” Szymanski said. “Things get done, but there’s also a lot of fun.”

“I don’t think a lot of the veterans understand what the American Legion has to offer,” said Lisa Schumann, events coordinator.

“Not only that … if you’ve served one day in the service, you’re now able to join the American Legion,” as Congress simplified the eligibility requirement in 2019, since Americans have still been in combat even during so-called peacetime eras.

The American Legion was chartered by Congress in 1919 as a patriotic veterans’ organization to support each other.

Chartered in 1983, the Oak Orchard/Riverdale Post has grown steadily for nearly 40 years, both in membership and square footage. Once just a single-wide trailer (and then a double), they added a bingo hall in 1990, a big meeting hall and basement, and then the dining room and bar by 1995.

With about 8 more acres of empty land, the Legionnaires continue brainstorming ways to host and serve the community.

Fenwick Hardware is known around these parts as a purveyor of American flags.