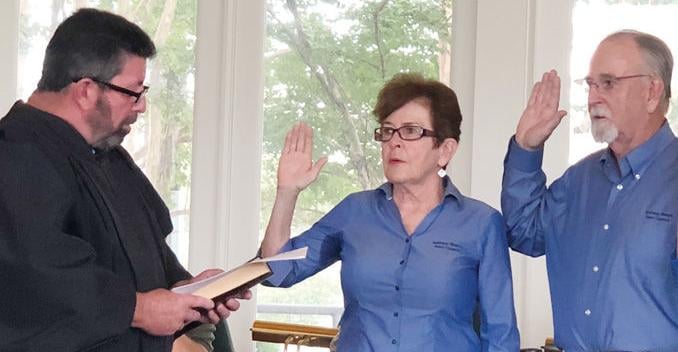 Bethany Beach Town Council members Rosemary Hardiman, center, and Lew Killmer, right, are sworn in by Alderman Charles McMullen, left, to two-year terms in 2018. Both were also re-elected in 2020 and were confirmed for new one-year terms as mayor and vice-mayor, respectively, on Sept. 20, 2021. 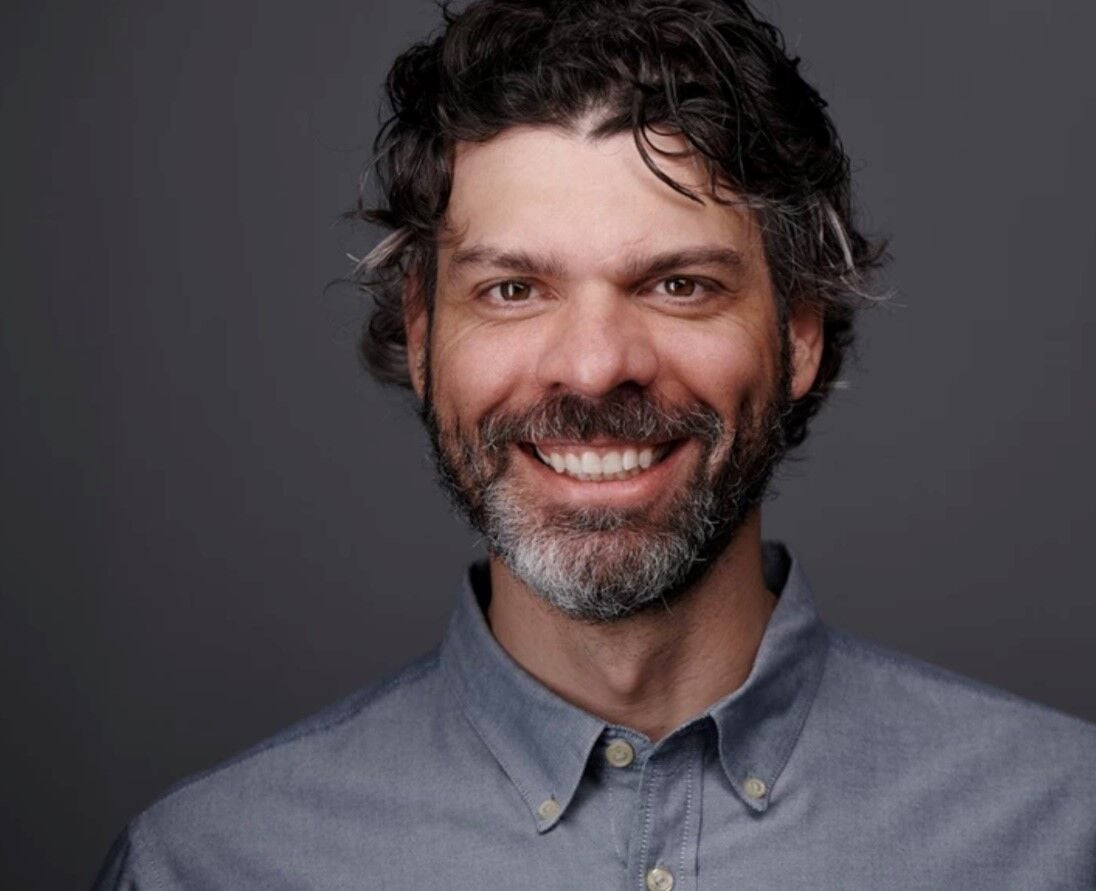 Scott Edmonston was selected from among seven would-be council members to join the Bethany Beach Town Council. A full-time resident of the town, Edmonston is an architect with SEA Studio Architects.

Bethany Beach will retain its existing town council leadership team for another year, after the council held its reorganizational meeting on Sept. 20 and the current mayor, vice-mayor and council secretary-treasurer all received unanimous support from among their peers.

The meeting on Monday also included the swearing-in of new Council Member Scott Edmonston, who joins the council to fill the seat formerly held by Joseph Healy, who did not run for re-election in 2021. Edmonston was selected by the council from among seven candidates for the role.

The change in council makeup also requires a change to the members of the Town’s Planning & Zoning Commission, as two members of the council cannot serve as part of the commission at the same time. Killmer has served as the council’s liaison to the commission for a number of years, but he had asked to step down from that role this year. He recommended Edmonston — an architect and Planning & Zoning Commission member already — take over the council liaison position.

Killmer noted that Edmonston had been “extremely involved” with the upcoming update to the Town’s Comprehensive Plan, which the commission has been working on for much of this year.

“This is a two-fer for us,” Hardiman said, noting Edmonston’s work on the Comp Plan. “He has had some very good input,” she said, also pointing out his comparative youth. “This is going to be his future.”

Hardiman also reminded fellow council members that Killmer had been very involved in the comp plan update process, “So when it comes the time to consider the updated comprehensive plan, we have two very good resources.”

She further noted that P&Z Chair Mike Boswell was “all in favor” of the liaison selection.

“He doesn’t want to lose Lew,” she said of Killmer, but he supported Edmonston as the new liaison.

With Edmonston joining the town council, that also leaves an opening for a new member of the Planning & Zoning Commission.

Hardiman noted that Mark Bauernhuber — a member of the Town’s new Stormwater & Flooding Committee — had also applied for the council appointment, and while Edmonston was selected, Bauernhuber had an excellent background that well-qualified him to serve on the Planning & Zoning Commission.

Bauernhuber, too, is a licensed architect, with a background in commercial and urban design, and urban sustainability. He also, coincidentally, graduated with Edmonston, from Virginia Tech.

“Scott highly recommends him,” she said, adding that Killmer had spoken with Bauernhuber, and he and Boswell had concurred that he’d make a great selection for the commission. Bauernhuber will complete Edmonston’s term on the commission, ending Oct. 18, 2023.

“He’ll be a perfect new member of the Planning & Zoning Commission,” Killmer said.

Existing committee chairperson appointments are also continuing into the new council year. The chairs — all council members, with the exception of the Audit Committee and Cultural & Historical Affairs Committee — were asked to let Hardiman know if new members might be needed, with plans to vote on committee appointments in October.

Hardiman said an additional member of the Budget & Finance Committee is already needed, and Morris had asked for someone with a financial background — ideally in government accounting — to add to that committee, if one can be found. Those with a suitable background and interest should email admin@townofbethanybeach.com to let the council know of their interest.

Additionally, there is a need for a new member of the Town’s Board of Assessment. Interested candidates for that role can also email the Town at the above address.

Hardiman said the Town also welcomes interest from anyone wishing to serve on any of its committees. There is information on each on the Town website.

“We welcome volunteers,” she said, adding that, last year, they had been contacted by “a lot of very good people” when they had formed new committees. Some who were not initially selected for committee membership were tapped later in the year, to serve on other committees, she noted.

“If you have an interest and there is not presently an opening, send in a résumé anyway. You never know when there will be an opening,” she invited.

This story was updated from our print edition to correct the number of would-be council members who were considered to fill the vacant seat this year. There were seven people who submitted letters of interest to the Town.