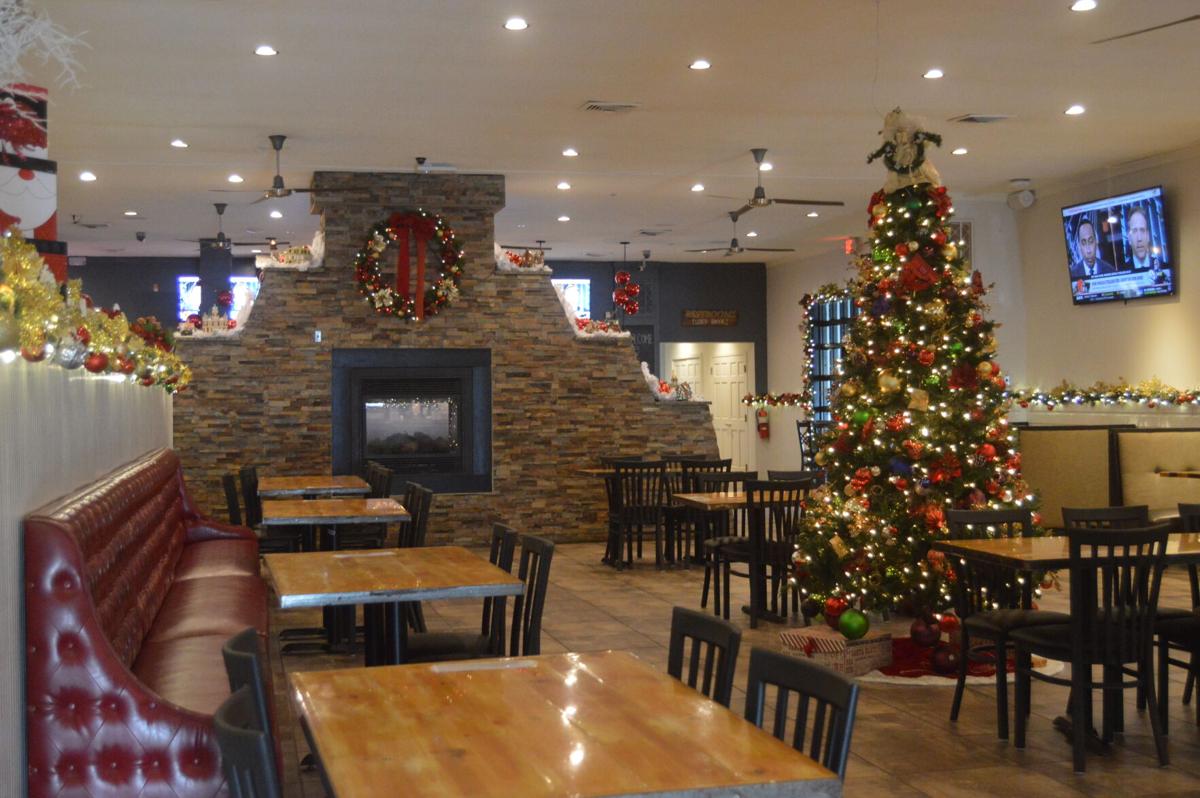 The Salted Rim has changed the look of its new location, giving it an open, yet cozy feel with neutral colors. Owner Karen Fritz says she loved decorating the new space for the holidays and promises special celebrations for Valentine’s Day and St. Patrick’s Day. 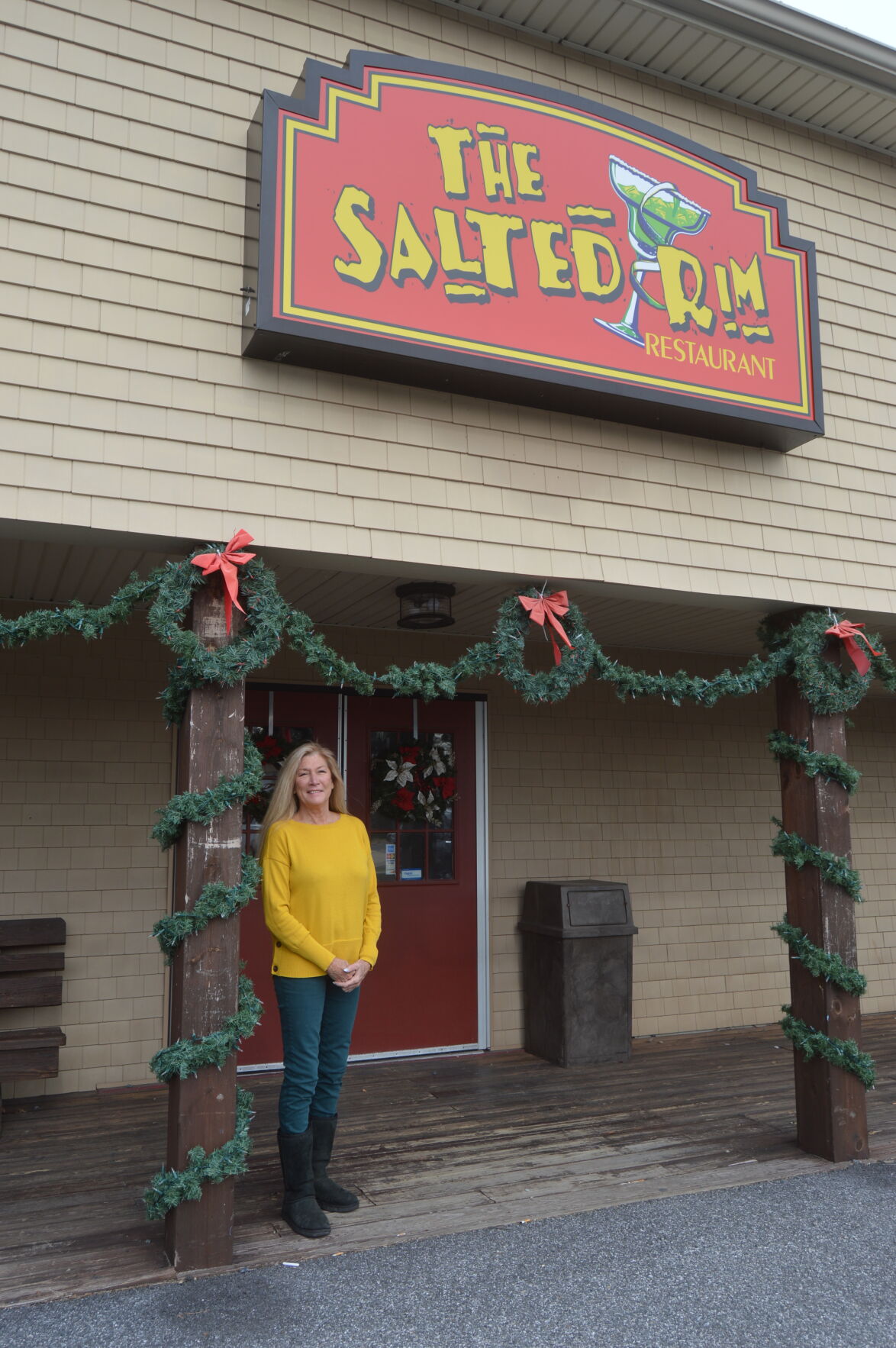 Salted Rim owner Karen Fritz said she surprised her employees with a mystery trip to their new location prior to the move to the former La Tonalteca space in Millville.

The Salted Rim has changed the look of its new location, giving it an open, yet cozy feel with neutral colors. Owner Karen Fritz says she loved decorating the new space for the holidays and promises special celebrations for Valentine’s Day and St. Patrick’s Day.

Salted Rim owner Karen Fritz said she surprised her employees with a mystery trip to their new location prior to the move to the former La Tonalteca space in Millville.

Exactly one week before Christmas, Karen Fritz got one heck of a present.

On Dec. 18, the owner of the Salted Rim restaurant, which had occupied its unique spot hosting the landmark train cars in Ocean View for seven years, reopened her eatery in a new spot — the former La Tonalteca location on Route 26 in Millville.

The move had been in the works in one way or another for the past two years, Fritz said. The Ocean View location, while popular and unique, had some major practical disadvantages, she said.

Its kitchen space was small and was split into two parts, one of which was on the second floor, making transporting food from kitchen to table a bit of a challenge, particularly during the restaurant’s busiest times.

The new spot offers twice the space, and the kitchen is much more conveniently located, Fritz said. Now, the restaurant will be able to seat almost 400 diners, once COVID-19 seating restrictions are lifted.

Its outdoor patio is currently fitted with oil-powered heaters, which Fritz said will be replaced by electric heaters in the patio roof. The patio has proved to be a popular spot even with the cooler weather, she said.

“The patio was packed yesterday,” she said of a recent pleasant Sunday. Fritz said she thinks the patio space will continue to be popular while the pandemic is still a factor in people’s comfort levels, as far as eating out.

Fritz also has plans for the restaurant’s other outdoor area. She said she plans to remove that existing children’s play area and instead put in two pickleball courts, a “giant Jenga” set, some “ring toss” games and cornhole sets.

In addition, she is going to put in some landscaping to “make it look pretty” in time for the summer season, she said.

“It’s going to be fun this summer,” Fritz said.

The bigger and more efficient kitchen will allow Salted Rim chef Kevin Chroniger to add items to the menu, but Fritz said the menu expansion will happen “little by little” as the chef and the staff settle in to the new space. For Chroniger, Fritz said, the bigger space is a huge relief.

“It’s hard to be a chef when you’re always on top of the person next to you.”

She said she retained her entire staff from the former location, including general manager Tammy Poehlitz, whom she called “the glue that holds it all together,” adding that she “couldn’t replace her if I tried.” Poehlitz started as a server years ago, working her way up to management, Fritz said.

All of the staff learned of their new workplace when Fritz loaded them up, blindfolded, and took them to the new location. The reaction, she said, was jubilation.

Since opening in Millville, Fritz said she has been pleased to see old customers finding the new location, and new customers coming in as well. Carryout business has been strong, she said.

“We’ve been flying by the seat of our pants,” during the soft opening for the new restaurant, she said. A concern, she said, was whether they could “get the warm, fuzzy, ‘everybody knows your name’ ‘Cheers’ feeling,” that the former, more intimate, space brought, Fritz said, and, to her relief, that seems to be the case, even with a bigger space.

She said the more open, less divided-up space in the new location allows for easier spacing of tables to meet COVID-19 guidelines — a bonus for the comfort and safety of both customers and staff.

“It was a great move, at the right time,” Fritz said.

Customers familiar with the Salted Rim’s special activity nights will be happy to see they have returned, including Bingo Night on Monday, Trivia Night on Wednesday and “Mingo” (Music Bingo) on Thursdays. Lunch and dinner specials continue each weekday. Carryout specials are also available Sunday through Thursday, and include “Family Meal Deals,” such as a Taco Box for four people or a crabcake dinner for two.