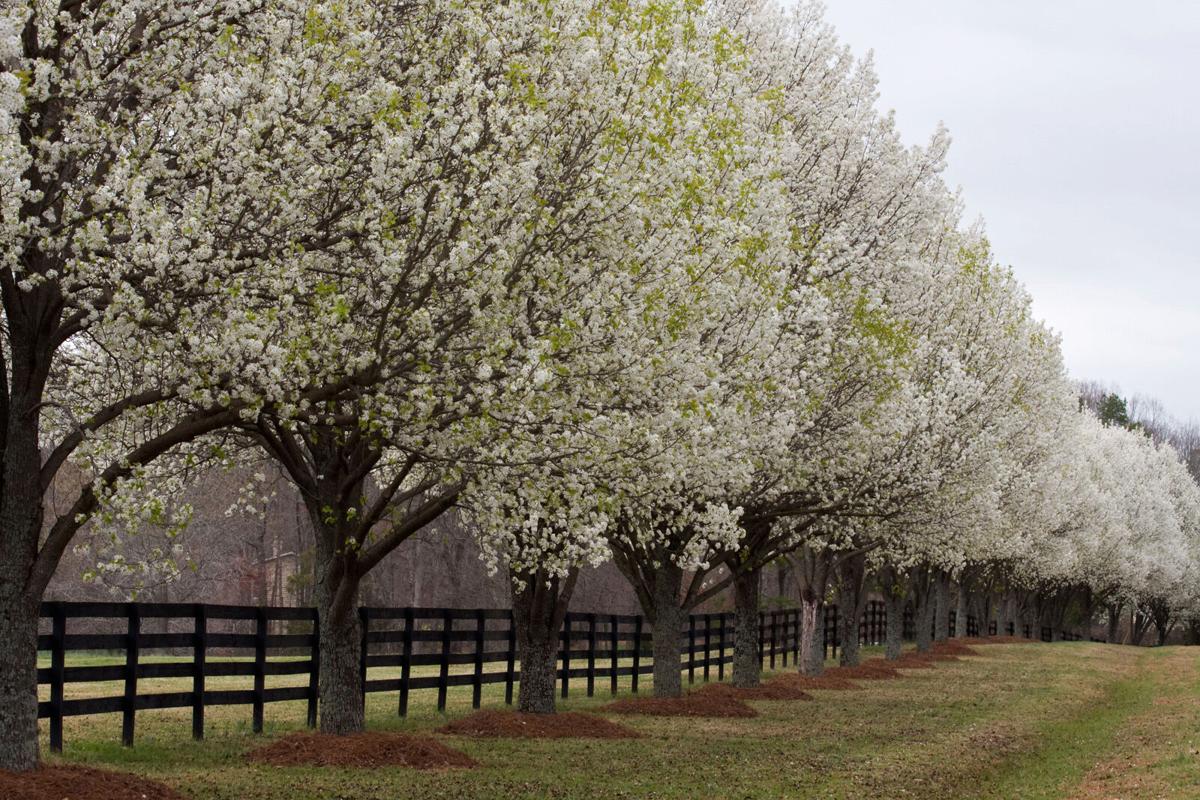 Bradford pears are a common sight in the local landscape, but the trees are an invasive species. 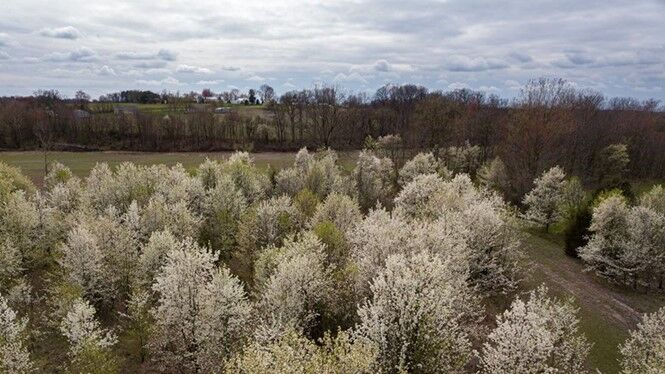 Bradford pear trees spread in a field. The invasive species has other downsides, including weak wood and stinky blossoms. 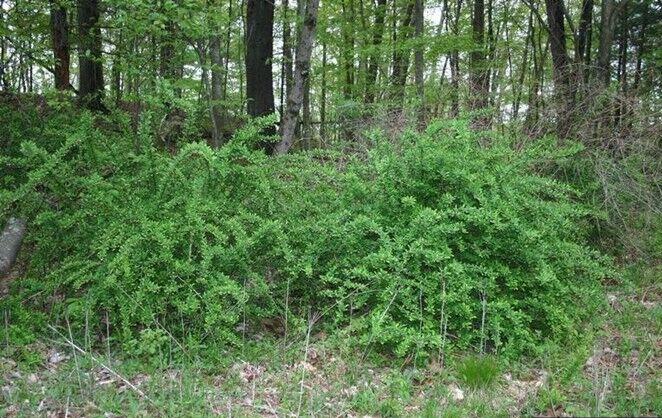 Japanese barberry spreads in a forest. The presence of the black-legged tick, which transmits Lyme disease, increases in areas with dense barberry growth.

Wouldn’t it be great if you could go to your local garden center, find a great plant that will grow well, have pretty flowers, and spread just enough so you wouldn’t have to get anymore? Unfortunately, that doesn’t happen very often. If a plant, or any living organism, is in a spot that is suited to it, and it has nothing to check its growth, then it will spread, and keep on spreading.

But why is this a problem?

Invasive species, including plants, are harmful to our natural resources (fish, wildlife, plants and overall ecosystem health) because they disrupt natural communities and ecological processes. This causes harm to the native species in that ecosystem because they are suddenly competing with a new species for the same resources (food, water, shelter, etc.).

The invasive species can outcompete the native species for food and habitats and sometimes even cause their extinction. Even if the native species are not completely eliminated, the ecosystem often becomes much less diverse. A less-diverse ecosystem is more susceptible to further disturbances, such as diseases and natural disasters.

Remember streets lined with elm trees? Then Dutch elm disease moved in and killed them all. If there had been different tree species mixed in, the progress of the disease would have been slowed down, and maybe stopped.

One invasive that we will see soon is the Bradford, or Callery pear. It is everywhere, since it spreads indiscriminately.

From a garden point of view, it’s a terrible tree: the flowers stink! They smell like dead fish. It isn’t small; it will get to 50 feet tall. The tree, like any tree that grows fast, is weak-wooded, meaning it breaks easily, making a mess, and it’s actually dangerous in a storm. It has thorns that can pierce a tire.

Although they are technically sterile, the trees cross-pollinate with other cultivars of the species (Pyrus calleryana), producing fruit that splats all over the place and makes a mess. It provides nothing for our native insects, contributes nothing to the environment and displaces our pretty small native trees.

Consider instead a serviceberry, a fringe tree, a hawthorn or a redbud — all beautiful, beneficial, native small trees.

This plant can dominate deep in the woods and along woodland edges. That crowds out native plants and disrupts these ecosystems. Research has shown that the presence of the black-legged tick, which transmits Lyme disease, increases in areas with dense barberry. If you don’t want ticks, don’t plant this!

It produces a lot of seeds, and they germinate well — one of the main characteristics of an invasive. Nothing eats the plant, which was once thought of as a plus, but now we know that it contributes nothing to our food webs. It is a trashy garden plant, since leaves and debris gather at the base, and they are difficult to remove because of the thorns.

The various ninebark (Physocarpus) cultivars are a good alternative, with their reddish foliage and pretty flowers, as are several weigela varieties. Blueberries are a great small shrub, as are small chokeberries (Aronia), summersweet (Clethra), and our bush honeysuckle (Diervilla).

Many people say invasive plants still contribute something to the environment, since, like any plant, they gobble up carbon dioxide. But, since there are good alternatives available, why not make your yard a part of the environmental solution, rather than the problem?

What do medical labs, fishermen, migratory birds and local rockfish have in common? They absolutely depend on horseshoe crabs to lay billions …