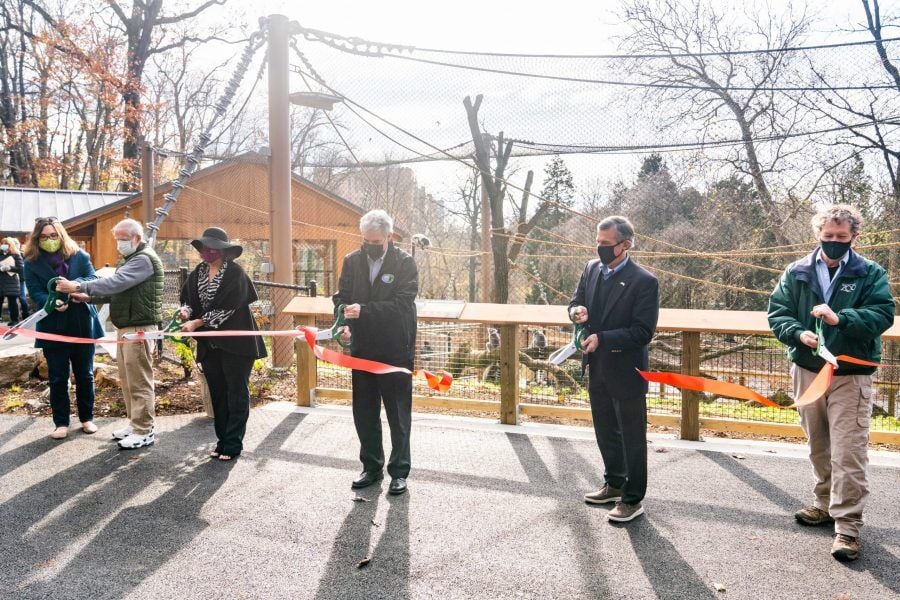 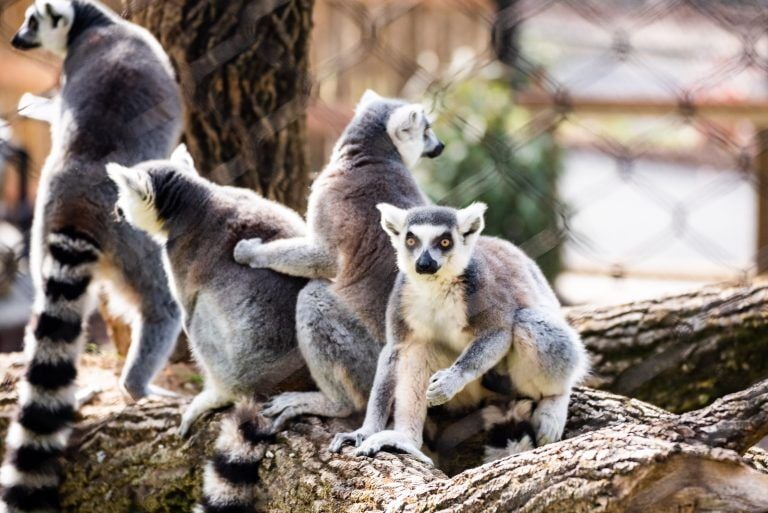 Ring-tailed lemurs are among the residents of the new Madagascar exhibit at the Brandywine Zoo.

The Department of Natural Resources & Environmental Control cut the ribbon on its new Madagascar exhibit on Nov. 19, and officially welcomed its new tortoise and lemur inhabitants. The new exhibit is home to radiated tortoises and three species of lemurs. The public was to be able to visit the habitat starting Friday, Nov. 20.

Gov. John Carney and DNREC Secretary Shawn Garvin hosted a small group for a first look at the newcomers as they interacted in the exhibit, along with several who are still in quarantine. The event was also live-streamed for the public and zoo fans on the Delaware State Parks YouTube page.

“I grew up coming to the Brandywine Zoo, and it has come a long way since then. I am thrilled we were able to revive this habitat space as one of many upgrades in DNREC’s Wilmington parks,” said Carney. “As one of few zoos managed by a state park system, we are proud of the work the staff does here and grateful for those who brought this habitat to life.”

“We are thrilled to welcome these animals to their new home and unveil this beautiful space to the public,” said Garvin. “Not only will the Madagascar exhibit provide a safe habitat for the animals, it will also provide an enriching environment where our visitors can learn about how humans can reduce our impacts to endangered species such as these.”

The Madagascar exhibit is part of the Brandywine Zoo’s recently approved master plan and is the largest capital improvement in the zoo’s history. The master plan focuses on improved animal welfare and guest experiences, species of conservation concern and the inclusion of more mixed-species exhibits.

At nearly 4,000 square feet, the Madagascar exhibit is one of the zoo’s largest display habitats. It includes interactive features and information about conservation concerns in Madagascar. The project took approximately 10 months to complete and cost $3.5 million, funded by the State Bond Bill with a matching Land & Water Conservation Fund grant. Since 1967, the LCWF has provided nearly 200 grants totaling almost $40 million dollars for projects in Delaware, including 73 grants to the DNREC Division of Parks & Recreation alone.

As part of the crowned lemur survival plan, the male and female will be paired for breeding at the zoo; just 30 of the species exist in the Americas — 18 males and 12 females. Brandywine Zoo will become the 12th location on the entire North American continent where crowned lemurs can be viewed by the public.

In efforts to support social distancing, the Brandywine Zoo is offering three timed sessions each day. Zoo admission costs $7 for adults or $5 for kids 3 or older; admission is free for zoo members children younger than 3. All visitors must register online at https://brandywinezoo.org. Masks must be worn by all guests 5 or older, and are strongly encouraged for children older than 2.