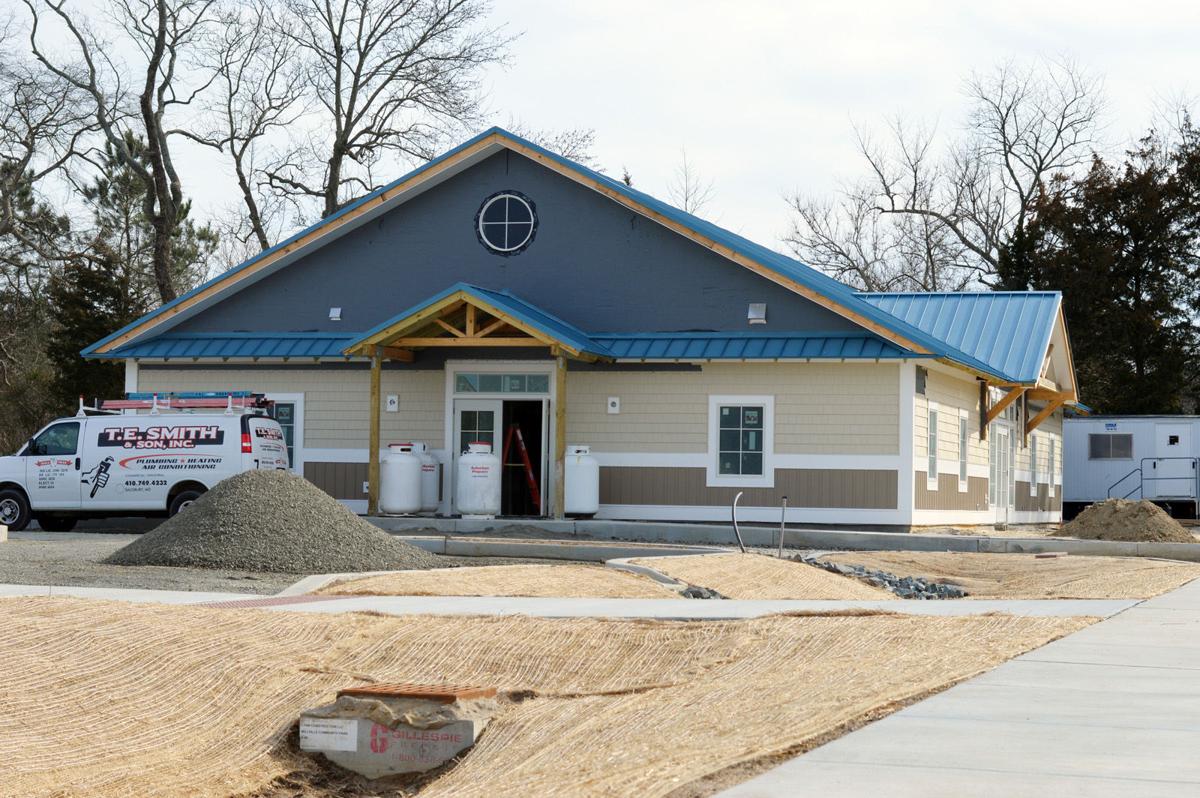 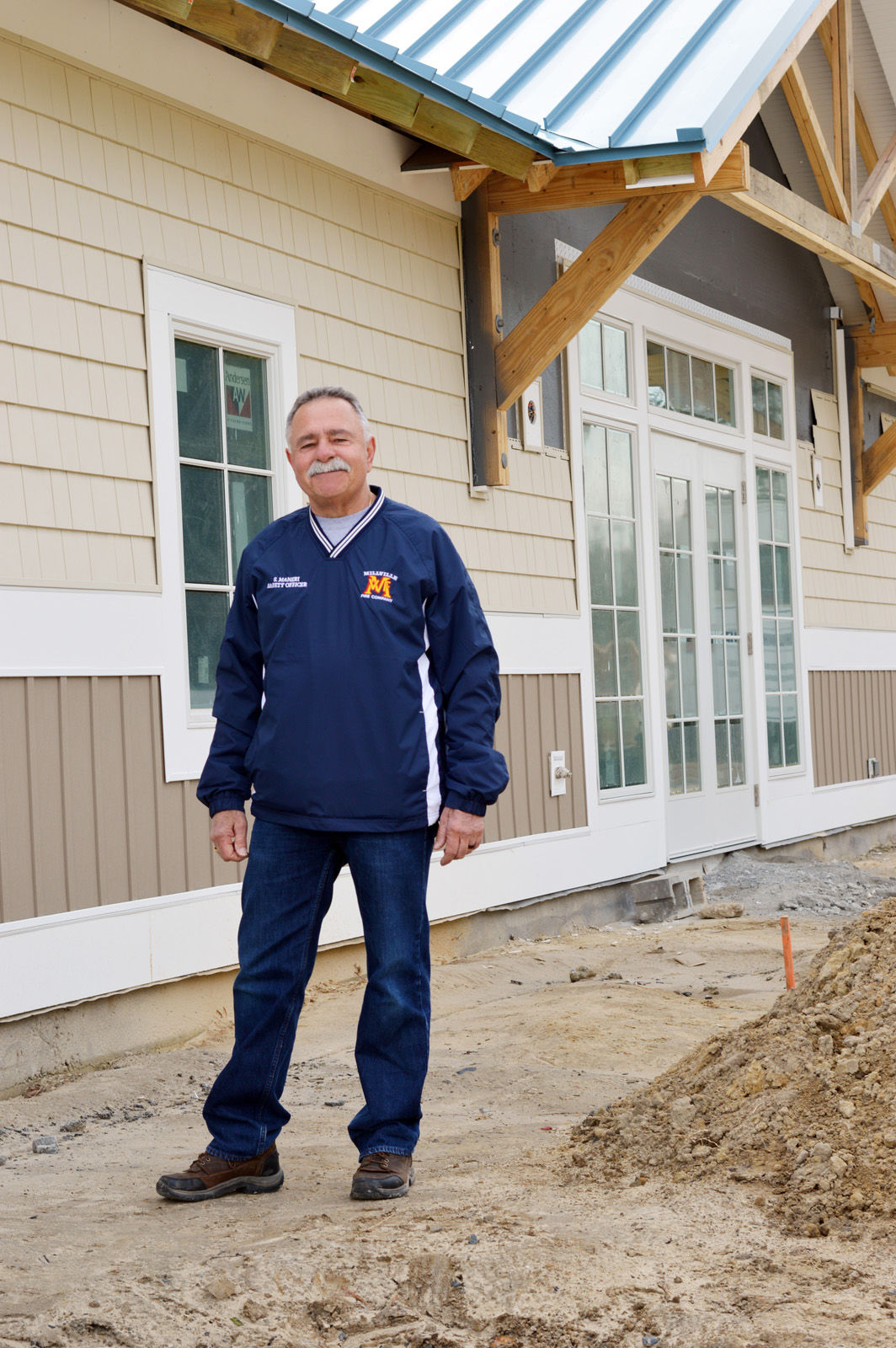 Millville Mayor Steve Maneri stands by the nearly complete community building that will be a centerpiece of Millville’s new Town Park.

Millville Mayor Steve Maneri stands by the nearly complete community building that will be a centerpiece of Millville’s new Town Park.

On a recent morning, Millville Mayor Steve Maneri stood looking out over what will soon be the completed Millville Town Park, located off of Dukes Drive.

The sounds of nail guns and saws rang out over the 5-acre parcel as Maneri pointed out the locations of what will be the park’s main features: a playground, a 1/6-mile trail that will include a Challenge Course, a pavilion, pickleball courts and a concrete “plaza” for food trucks.

The Challenge Course is a state-of-the-art feature that will include three interactive workout stations where users can keep track of their progress.

Construction of those parts of the park has yet to begin, but Maneri said some of the equipment that will be installed already sits in red storage containers near one edge of the park property.

In the background, the park’s centerpiece, a 4,400-square-foot community building, nears completion.

The building features a large community room, a kitchen and a meeting room, as well as restrooms and storage spaces. The kitchen, he said, will have a microwave and warming racks, but won’t have large ovens.

“It won’t be a big commercial kitchen,” Maneri said.

On the south side of the park, a smaller building with restrooms for park visitors and storage for maintenance staff also nears completion.

Safety measures built into the park include an access road to allow emergency vehicles access to the trail, and security cameras mounted on lights around the park, according to Maneri. GameTime, the provider of the playground equipment and the exercise stations along the trail, will inspect the equipment at least once a year.

“I want to make sure everything’s all right,” he said.

An emergency generator formerly used at the town hall will be moved to the park. An irrigation system will be installed. There will be a stormwater “pond” at the east end of the park, but it is designed to be dry, according to Maneri.

One of the glitches in the project was that a group of trees along the northern edge of the property were found to be diseased, and the decision was made to remove them. The playground lacks natural shade but will be protected by overhead canopies.

Maneri, who has shepherded the project for nearly five years as it was put on hold repeatedly, said he is relieved to see the park finally taking shape and nearing completion.

Millville has budgeted $3 million for the park project, Maneri said. The final cost of the project hasn’t been determined yet, he said, but the lead contractor, the Whayland Co., has been proactive in helping the Town keep costs down, even coming back to the council several months ago with a list of cost-reducing measures that they determined would be possible without affecting the quality of the project.

Those measures shaved $68,000 from the project’s cost.

The mild winter has helped speed the project along — a welcome change from the series of delays involving the project over the past several years.

“It’s about time something went the way it was supposed to,” Maneri said.

Now, in the next few weeks, the playground and trail will take shape. After that, it will be a matter of small details being worked out as the park nears completion.

“We’ve got to figure out where to put the signs and the bike racks,” Maneri offered.

While the community building will probably be completed before the rest of the park, none of the structures will be open to the public until the whole project is completed, for safety reasons, he said.

As the new Millville Town Park nears completion, Millville Mayor Steve Maneri might feel a bit like Charlie Brown trying to connect with a foo…

Begleiter to host ‘Your Vision, Your Vote’ speaker series online