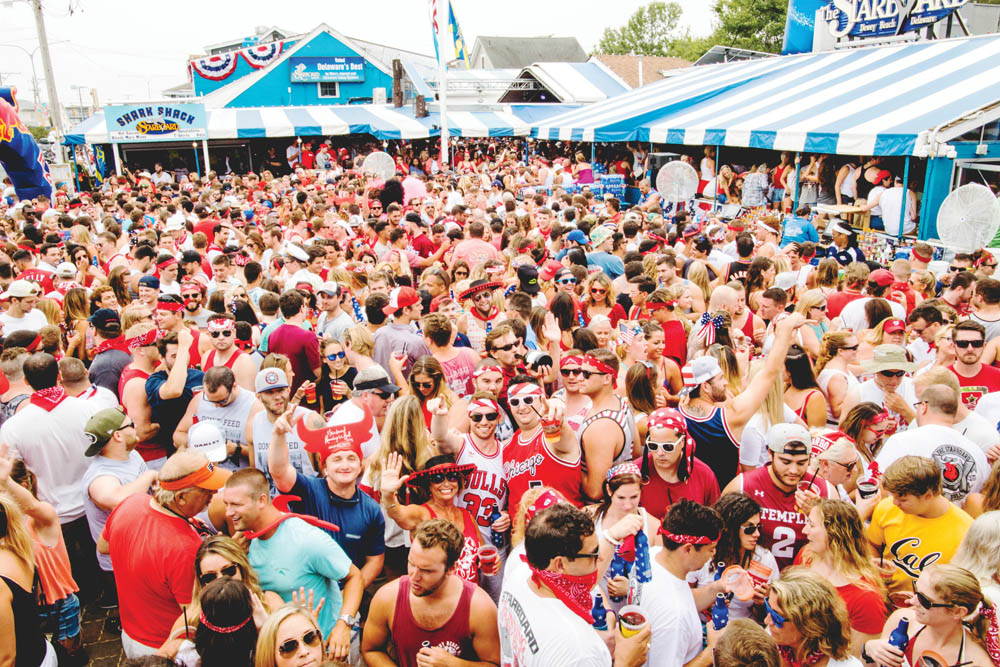 Dewey’s Running of the Bull set for June 29

For Michael McDonnell, founder of the Running of the Bull at the Starboard in Dewey Beach, the annual event is as sacred as any high holiday. When he and 35 friends gathered at the Starboard in a game of one-upmanship 23 years ago, the resulting event, encouraged by then-Starboard owner Chip Hearns, was the head turning sight gag.

McDonnell reflected recently on how the event has evolved and grown over the years from, first, a quirky way to connect with friends, to its own weekend event, and now even including a kids’ run.

“After we had children, my wife said it would be more fun for her to attend with our kids if there was a kids’ run,” McDonnell said. “That was all her idea. Now, I love seeing those 100 kids the morning of the event, running up and down the beach. To me, this is how they keep this whole thing alive. I can’t wait for the day when someone says to me that they started at the kids run, and now they are at the adult run.”

Indeed, McDonnell said it’s interesting to consider that some adults in attendance at the event this year weren’t even born the year he and his friends decided to throw their own wacky version of the Pamplona bull run.

Even more enthralling, perhaps, is the fact that the second year they held the event, with a then record-breaking 85 people, the Dewey Beach police force wasn’t sure exactly how to handle it, calling on the radio to ask, “Is it OK, what these people are doing?”

Today, not only are the police on board to help the event run smoothly and safely as runners, decked out in full and fabulous costuming, make their way down Route 1 and over to the beach to cross the dune, but the whole town is now in on it.

From DelDOT to local businesses, and the ever-present onlookers from the sidewalks and balconies of local residences, the Running of the Bull is a tradition that perhaps could only be cooked up in a town like Dewey Beach, by a guy like McDonnell.

McDonnell, who has never missed a run in its 23-year history, is the master-of-ceremonies on the day of the run. Always with a red bandana, and a beverage in his hand, he connects with and crowd and marvels at the ingenuity of the fresh crop of bull-runners.

“I’m always amazed at the creativity of the attendees. Whenever I think I have seen it all, somebody walks in dressed in a costume I have never thought of,” he said.

McDonnell has observed so much Bull Run history he’s practically a walking “encyclopedia de Bull Run” —a real memory bank of the things both evident and more subtle.

“One of my favorite things,” he said, “is when people tell me they met their spouse at the Bull Run.” And he has hundreds of those anecdotes — all equally as fascinating and woven into the tapestry of the 23 years he’s been carrying the torch of the Dewey Beach Bull Run.

What will happen this year? The only way to truly find out is to be there in person at the 23rd Annual Running of the Bull on Saturday, June 29. The children’s run commences at the Dagsworthy Street beach at 10:30 a.m. The line at the Starboard will form bright and early, and everything will kick off around noon. The big Run happens at 3 p.m., but it could be said that the party never truly stops. Just ask McDonnell.