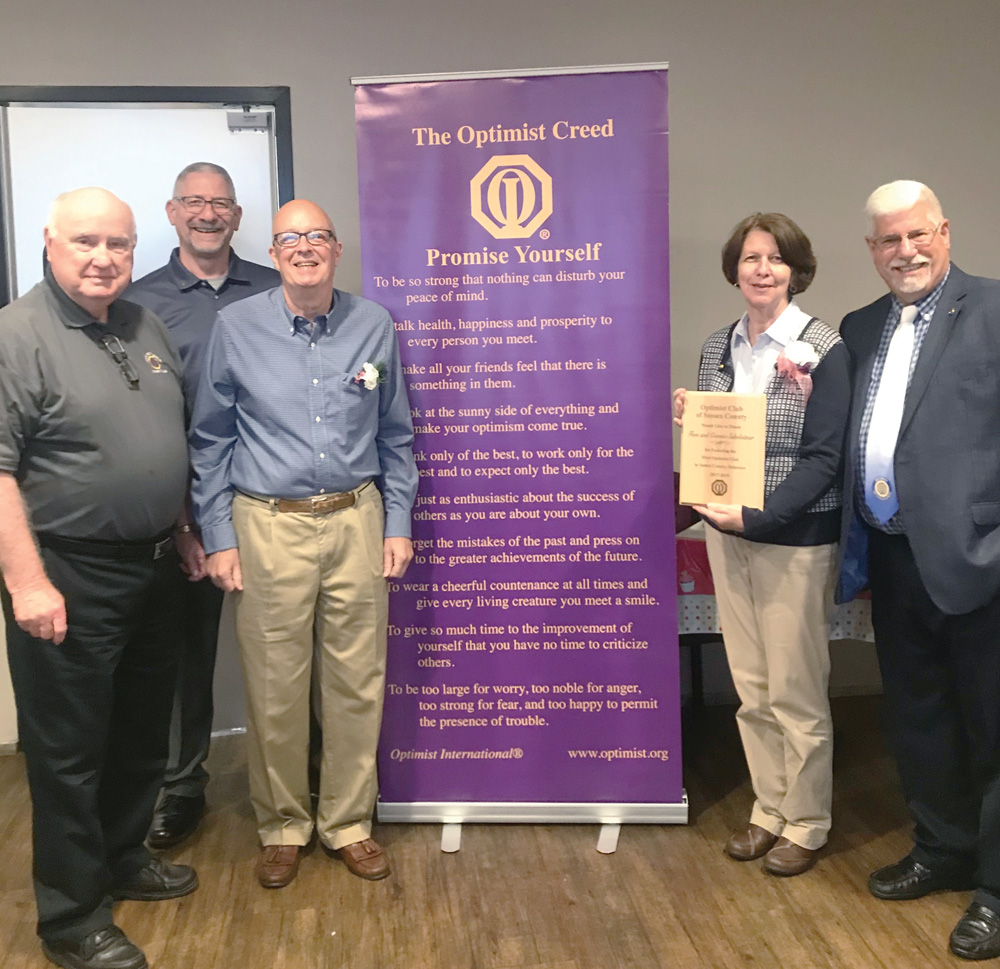 On May 6, the Optimist Club of Sussex County celebrated the past work of its founders, Connie and Tom Sohnleitner. The club was started in the summer of 2017 with a few local citizens interested in a message they had read on the Nextdoor, a free social network for the Lewes neighborhood community.

The simple message said, “Do you believe in the future of children?” Connie and Tom Sohnleitner had been involved in an Optimist Club in Pennsylvania for many years, however since moving to Lewes, they found there were no clubs in the area, with the closest in Salisbury or Ocean City, Md. Therefore, they decided to start one in Sussex County.

In the past year and a half, the Optimist Club of Sussex County has been identified as a “model” club by which other new clubs could follow. The club has grown to more than 30 members, and has sponsored events such as Youth Appreciation Day, the essay and oratorical contests, and honored two local school resource officers with the Respect for Law Awards.

“None of our accomplishments would have been possible without the time, effort and vision of Connie and Tom,” club representative said. “At the May 6 meeting, we honored our founders, Connie and Tom Sohnleitner.”

“The success of our club, and the ability to provide opportunities to our communities would not have been possible without Connie and Tom and we will miss them as they return to Pennsylvania.”

For more information about the club and membership, contact an officer at Sussexoptimist@gmail.com.