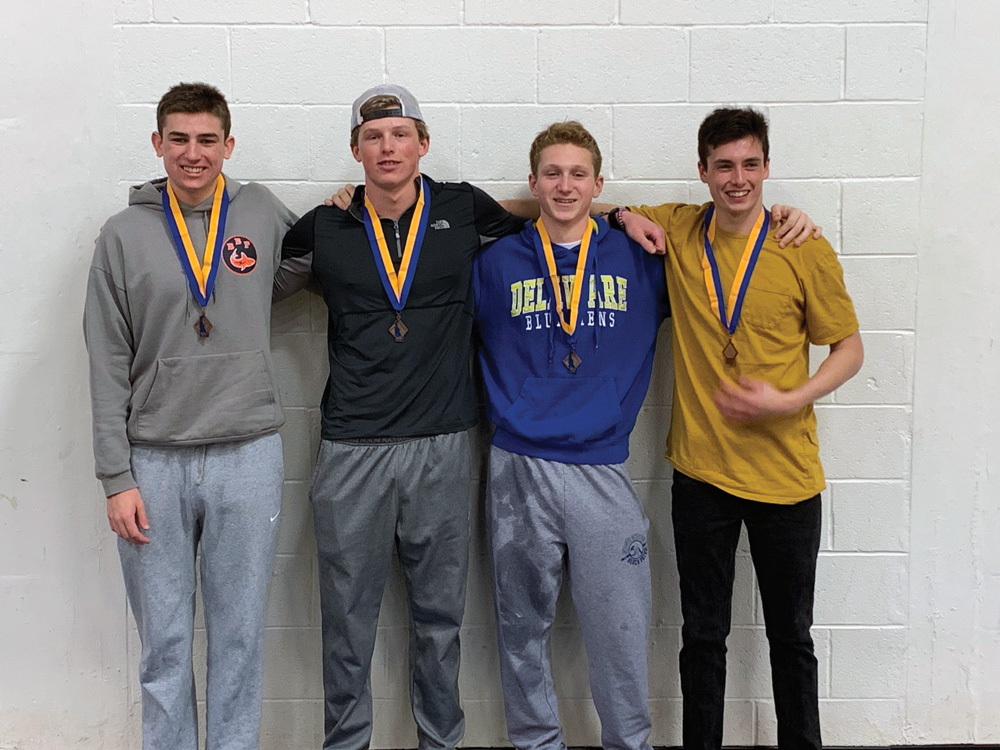 It was a monumental and historical performance for the Indian River High School boys’ 200 freestyle relay swimming team at last weekend’s DIAA state swimming championship meet at the University of Delaware.

The Fantastic Four of Mitch McGee, Max Kohr, Will Douds and Michael Barnes clocked a school record-breaking 1:30.67 in the finals, to finish third overall. It was the first time in school history a relay team made the medal podium at the state level.

“The boys swam their hearts out and put everything they had into the pool,” head coach Colin Crandell said. “I was so proud of how they bonded and focused. They truly brought out the best in each other and in me. It was a special moment to see them make the podium and also make IR history by being the first relay to ever get top three.”

Last year, Josh McIntire made it individually, but this was the first time ever for an IR relay team.

Salesianum and Charter School of Wilmington finished first and second, respectively, in the 200 free event.

“I’m most proud of how they have matured and are becoming men of strong character,” Crandell added. “It was simply a joy to be able to work with them and, hopefully, help to sculpt their futures to a small degree. It will be a moment I always remember and cherish as a coach.”

Barnes also had some individual success at the state competition as well.

The IR senior finished fourth in both the 50 free and 100 free events, missing out on the podium by less than a fraction of a second.

In the 50 free, Barnes finished just .12 and .15 behind a pair of Charter School of Wilmington swimmers, Daniel Pack and Bryant Lambert, respectively.

For his efforts, Barnes was recognized with DIAA First Team All-State honors.

Final lap: Salesianum took the team title, finishing with 397 total points, which was well ahead of second-place Charter School of Wilmington’s 273. Conrad Schools of Science rounded out the top three with 194 points.

Newark Charter won the girls’ state title with 284 points. Padua was second with 229.5, and Tower Hill third with 214.