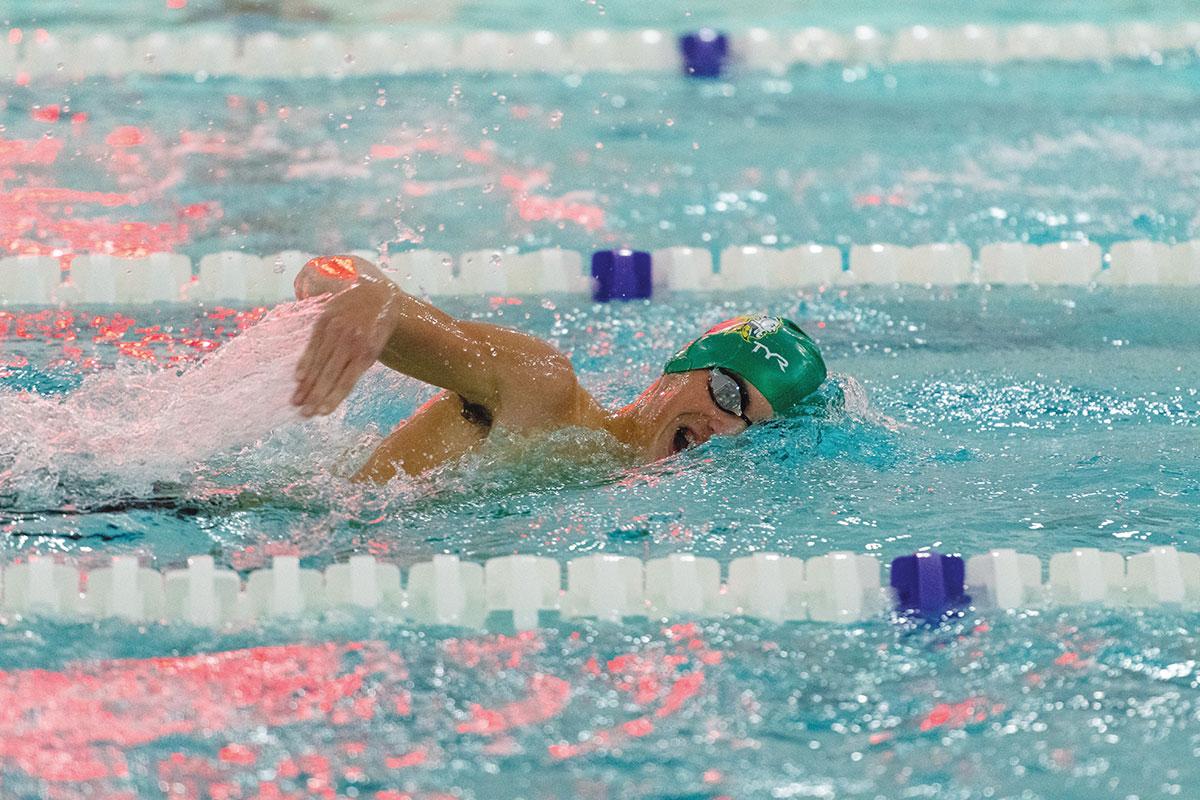 The Indian River High School boys’ swim team has been cruising through their 2018-2019 campaign, and picked up win No. 6 on the season on Tuesday, Jan. 15, with a 76-14 thumping of host Dover. It was their fourth straight win.

Against the Buccaneers, IR won all but one of the events contested.

Seniors Mitch McGee and Michael Barnes, along with sophomore Declan Burke, were four-time winners for the Indians. The trio was joined by Dylan Tuttle to win the 200 medley relay in 1:51.77, accounting for one of their first-place efforts.

Tuttle also garnered an individual win for himself in the 100 breaststroke, with a time of 1:09.29.

Barnes, Douds, Kohr and Zach Lingenfelter were tops in the 400 free relay (3:57.45) to round out the successful performance for the Indians.

(No results from the Dover meet were available by Coastal Point press time this week.)

The IR girls’ swimming team swam a strong meet against host Dover in picking up a 53-40 decision to even their mark at 4-4 for the season.

The Indians won seven of the 11 events in the meet, with Emma Barthelmess in the mix for four of those wins. Emma Kelly and Alex Hall figured in on three wins for IR.

Against Milford on Thursday, Jan. 10, the IR girls came up short against the Buccaneers, 92-66.

Girls’ basketball: Pair of losses for  IR on hardwoods

It was a tough week for the Indians’ in girls’ basketball, as they dropped two games last week, to Lake Forest and Sussex Central.

On Thursday, Jan. 10, the Indians fell behind early, trailing 15-8 to Lake after the first quarter. The Spartans made it 28-10 at the break.

Lauren Meehan led the Indians, with six points, while Julia Jordan and Kayley Belzner each chipped in with four.

Then, on Tuesday, Jan. 15, IR again found itself in an early hole, falling behind 20-9 in the first quarter and 29-13 at the halftime intermission.

IR — at 5-8 overall on the season — were set to travel to Laurel on Thursday, Jan. 17, (after Coastal Point press time), for a contest with the Bulldogs. Results for that game will be found on the Coastal Point sports Facebook and Twitter pages.