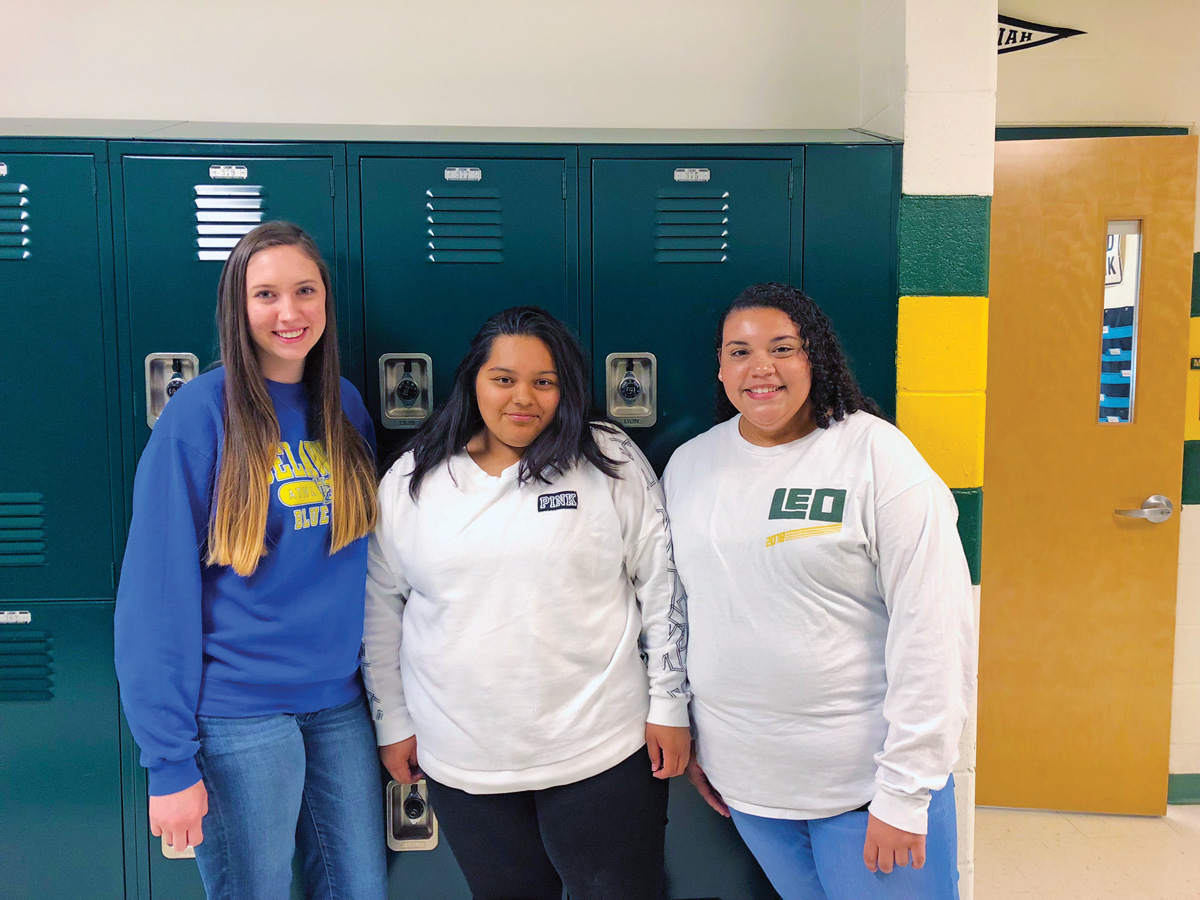 Indian River High School’s Leo Club has had 188 members during the 2017-2018 school year, with 99 of them being newly inducted members.

According to the club, most members volunteer in many more than two events over the school year and this year, two of the most active members, Hailey Hudson and Ashley Morales, are freshmen and they have each volunteered at more than seven events.

Asked why she joined the Leo Club, Hudson said, “I joined because I wanted to help the community and wanted to have a direct connection to the people in our area. The Bethany Halloween Parade was my favorite event this year.”

“I love the club so much that I convinced my friends to join too!” Morales said. “I like helping others and I have a lot of fun while doing it.”

While Leo Club is different from other extracurricular activities, both girls agreed they were glad they decided to become members and plan to be members throughout their entire high school career.

Year after year, the club is invited to serve in many of the same events. A few of the staple events are the Selbyville Halloween Parade, John M. Clayton and Lord Baltimore elementary school family nights, dinner for the visually impaired, and the Night to Shine dance for people with special needs.

In regards to events at the local elementary schools, Leo Vice President Hannah Gentry said, “I personally volunteered at multiple movie nights at the elementary schools and had such a fun time. While some might say I was just selling popcorn or pouring cups of juice, I got to see families come together and love on each other through simply watching a movie together.”

Additionally, the Leo Club was also able to assist the school’s student council with their Adopt-a-Family initiative in December, donating many gifts to local families.

The club was actually asked to help with the catering event due to their assistance at a Georgia House dinner fundraiser alongside a local nonprofit called Operation Shooting Star, which raises money to gain awareness for autoimmune diseases.

Organizers of other community groups or events that could use volunteers next school year, can reach out to the Indian River Leo Club for assistance.

The Indian River Leo Club is sponsored by the Fenwick Island Lions Club and receives assistance from them throughout the year in the form of support at the new-member induction ceremony, the Leadership Bash in the fall and scholarships to graduating senior members.

The Leos, in turn, are able to assist them with their Spaghetti Dinner in the fall and their Pancake Breakfast at Harpoon Hanna’s in early June. This year’s Fenwick Island Lions Club Pancake Breakfast will take place on Saturday, June 2.